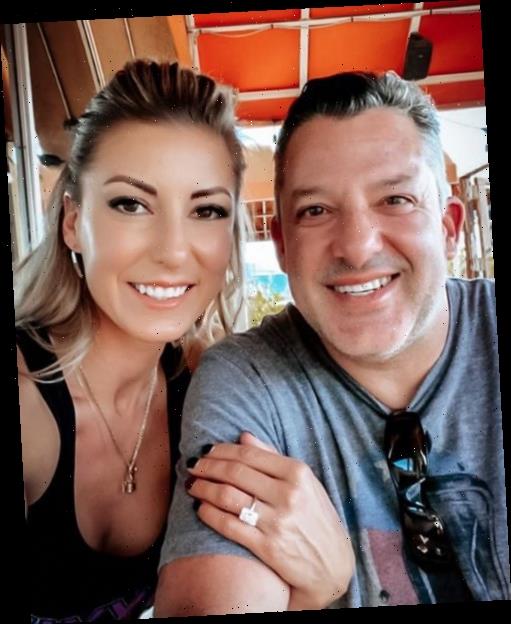 NASCAR Hall of Fame driver Tony Stewart is getting hitched.

The 49-year-old three-time Cup Series champion announced his engagement to drag racer Leah Pruett on Thursday in a post on social media.

"So excited to spend the rest of my life with a truly amazing woman," Stewart wrote on Twitter. "She's motivated, hard-working, funny as hell, and as dedicated to her sport as anyone I've ever known. Love you babe."

Pruett, 32, drives an NHRA Top Fuel dragster for Don Schumacher Racing and is a 7-time Top Fuel National Event Winner, according to her social media pages.

The racer also tweeted a sweet message to Stewart when announcing the news.

"The undeniable level of love, happiness and soulfulness we have together is monumental," Pruett wrote in a post.

"He might run in circles but he is a straight shooter and the salt of this Earth," she continued. "Looking forward to a lifetime of sunrises and sunsets that the Lord has gifted us together."

According to NASCAR, Stewart retired from full-time competitive racing in 2016, achieving 49 wins for his Cup career and taking home championships in 2002, 2005 and 2011.

Stewart and Pruett began dating just after the start of the coronavirus pandemic last year, USA Today reported. Their relationship grew after Pruett invited Stewart to stay with her and a group of friends at Lake Havasu in Arizona.

"She's supported me at the track. My turn to cheer for her," Stewart wrote of Pruett in a social media post earlier this month. "Ready to watch this badass Top Fuel racer kick off her season this week."

"The last 365 days with this beautiful lady have been the highlight of my life," he added in an Instagram post on March 9. "Cheers to one year together and many more to come!"