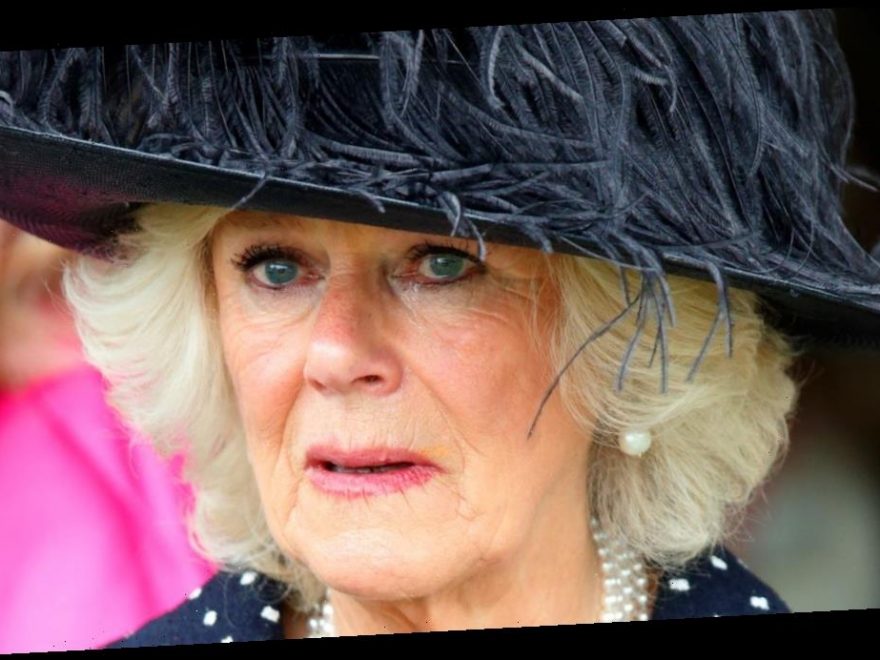 The Royal Family are known for keeping a calm and composed exterior.

Her Majesty cried in public in December 1997, Portsmouth, when HMY Britannia was decommissioned.

The Queen, dressed in a red ensemble, was seen wiping a tear from her cheek when she said goodbye to the Royal Yacht Britannia which had served the family for 43 years.

Meanwhile the Queen has also shown her emotional side on Remembrance Sunday in 2002 and 2019.

The Queen was seen to dab her cheek as she paid tribute to the war heroes from the balcony of Buckingham Palace alongside the Duchess of Cornwall and Duchess of Cambridge.

And, in fact, she's shown emotion in public on many occasions, of which you can see here.

Prince Charles showed his emotional side in August 2020 at the National Memorial Arboretum in Staffordshire for the VJ Day National Remembrance event alongside his wife Camilla, Duchess of Cornwall.

The future King was seen to dab his cheek with a white handkerchief after leading a two-minute silence at the engagement before laying a wreath at the Kwai Railway Memorial.

The Duchess of Sussex

Meghan Markle was seen to shed happy tears during an event in Tonga, 2018, when a group of school children sang a sweet song about mosquitos to her and Prince Harry.

The Duchess of Sussex also became emotional during her tell-all interview with Oprah Winfrey as she explained she had suicidal thoughts during her pregnancy with Archie.

In the interview, which aired in March, Meghan told Oprah: “I just didn't want to be alive anymore.”

In 1990 an eight-year-old Prince William was seen running off a field while Princess Diana put her arm around him during a sports day in Richmond.

Prince George was seen looking sorry for himself during a day out at Beaufort Polo Club in Gloucestershire.

The third in line to the throne was watching his dad Prince William, who was participating in the charity match, in June 2018.

The Duchess of Cambridge was seen comforting Prince George, who was four, by wiping his brow.

The fourth in line to the throne shed a tear during the 2018 Trooping the Colour ceremony to celebrate the Queen’s birthday.

Princess Charlotte slipped and bumped her head of the balcony of Buckingham Palace before the Duchess of Cambridge comforted the then three-year-old.

The Duchess of Cambridge

The Duchess of Cambridge, who was four months pregnant with Princess Charlotte, was seen wiping away a tear in the car as she left the engagement.

Kate had spoken to attendee, Leigh Smith, at the event who had tragically lost her three-month-old baby from a rare heart condition.

The Princess Royal, who was 47 at the time, was also seen dabbing her eye as she attended the 1997 decommissioning of HMY Britannia.

Camilla, Duchess of Cornwall, cried during a visit to the Safelives Centre in London in January 2016.

The wife of Prince Charles spoke to victims of domestic abuse and was seen to be visibly emotional.

Princess Diana was seen breaking down in floods of tears after visiting the Ashworth Hospice in Liverpool in 1992.

A three-year-old Princess Beatrice was seen crying after her friend was refused entry into the Royal Box at the Royal Berkshire Polo Club in 1991.

Princess Eugenie and her sister Princess Beatrice were brought to tears during a Zoom call to honour the winners of the Teenage Cancer Trust Awards in July last year.

The royal sisters heard from grandmother Enid Waterfall who had raised more than £28,000 for her grandson Richard after he tragically lost his battle to a rare form of cancer in 2018.