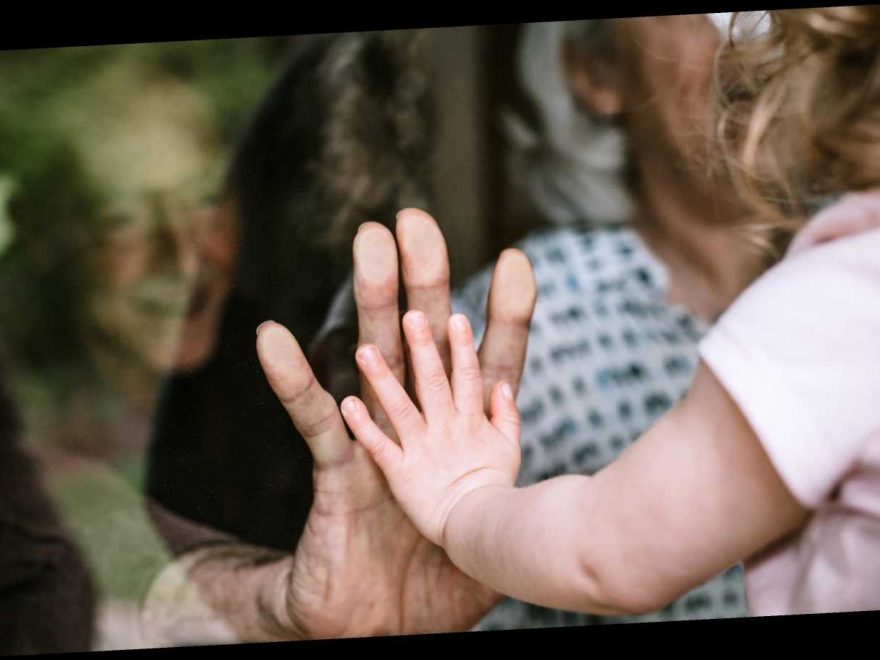 It feels strange, the idea of being together in the world again.

Public transit makes us sweat. The prospect of crowded restaurants and bars is thrilling but unfamiliar. People thirsting for daily interaction now worry they’ve lost the ease with which they once socialized. For so long we’ve been looking toward a world that gathers and touches, a world where smiles are unobscured and conversations unmuffled, but the longer we’ve been denied it, the more stressful its return has become.

“COVID definitely has shifted our experience, our perception of what’s considered normal,” said Lynn Bufka, senior director of practice transformation and quality at the American Psychological Association. “We should expect that there’s going to be some period of time when how we respond to the world around us is going to be different, where we’re going to potentially feel like this is … awkward. But what can be helpful is to recognize that everyone likely feels that way to some extent. Now we’re trying to figure out what normal is again.”

The pandemic has forced us into a massive social experiment. We’ve never been apart quite like this before. Has COVID fundamentally changed our social lives, or simply paused them? Nearly half of Americans say they feel uneasy thinking about in-person interaction once the pandemic ends, according to the American Psychological Association’s 2021 Stress in America report. Adults who received a COVID-19 vaccine were just as likely as those who haven’t been vaccinated to express unease.

I don’t know about you but I’m starting to feel anxiety about going back to a post-pandemic life.

There’s something oddly comforting about the rote nature of quarantine.

“It’s pretty normal right now to feel that way,” said Vaile Wright, senior director of health care innovation at the American Psychological Association. “I do think there’s this part of us that feels like, ‘I’ve been wanting this for the last year and now it’s here and I don’t know how to handle it.'”

Experts say it’s reasonable to expect a period of collective adjustment, and we’ll see a lot of variability in attitudes and behaviors in the coming months.

“One thing we can expect is that it’s going to affect everybody differently,” said Martin Antony, a professor of psychology at Ryerson University in Toronto, and co-author of the book “The Anti-Anxiety Program.” “It’s not like everybody’s going to be more socially anxious. Some people will, for others it won’t be an issue.”

I honestly have so much anxiety about post pandemic social interactions. I really don’t know how I’ll handle large groups of people 😅

Caution is OK, avoidance is not

Experts say it’s important to acknowledge your stress during this transition. It’s normal to feel nervous. People shouldn’t judge themselves too harshly for their anxieties.

Once people accept this, they can begin to take small steps toward re-integration.

“The worst thing we could do is completely avoid things causing us anxiety, because avoidance can work in the short term but it impairs us in the long run. What it does, in essence, is it reinforces this notion that everything is a threat,” Wright said.

When an activity is causing someone anxiety, engaging in it over and over can make the person less anxious. If fear is inhibiting you from engaging in activities the Centers for Disease Control and Prevention deem safe, that could be a sign you need to change your approach.

According to the American Psychological Association, 46% of adults don't feel comfortable going back to living life like they used to before the pandemic. (Photo: Ryan J. Lane, Getty Images)

“Two months from now, my advice might be, you actually need to push yourself and do the things that make you anxious until they’re not anxiety-causing,” Antony said.

Extroverts eager for social interaction may fare better than introverts who coped well during the pandemic and are now dreading a return to small talk, holiday parties, lunches with colleagues.

Wright said from a clinical perspective, social anxiety is an unwarranted fear that people are observing and judging you in social situations. She said it’s unlikely people will see a significant uptick in social anxiety disorder related to the COVID-19 pandemic. More likely what people will experience as they re-enter society is social awkwardness.

“When we talk about social anxiety colloquially, I think what we’re talking about is just the discomfort that’s going to …  come with re-engaging in ways we haven’t in a year,” she said.

Many people may find their social skills have atrophied and it may take practice to master them again.

When I make my triumphant return to the bar scene post pandemic, please note that I have lost like 20 lbs but also all my social skills and my alcohol tolerance.

For some groups, a more difficult return to normal

Most people will easily adjust to a post-pandemic world, experts say. But for others – people with existing mental health disorders, for example, or who experienced trauma during the pandemic – re-entering society could prove more stressful.

“I think there’s going to be a portion of the population that’s really going to struggle,” Bufka said.

This can include individuals from racial and ethnic groups disproportionately affected by COVID-19, and people who are at risk for more significant mental health diagnoses, like depression and post traumatic stress disorder. It’s the people who lost loved ones, those on the front lines who have yet to breathe, the families who no longer have financial security. It’s the people whose problems won’t be solved by a shot.

‘A culmination of crises’: America is in turmoil, and a mental health crisis looms next

Research shows after the pandemic ends there could be a rise in mental health conditions such as agoraphobia – an ” irrational fear of being in open or unfamiliar places, resulting in the avoidance of public situations” – and obsessive compulsive disorder – “characterized by recurrent intrusive thoughts (obsessions) that prompt the performance of neutralizing rituals (compulsions).”

“We do know from previous pandemics like SARS and Ebola that some people did experience agoraphobia following a period of social isolation,” Wright said.

A post-pandemic world that looks different

Adjusting to the pandemic was painful. Adjusting to a post-pandemic world, even if we’ve long coveted it, will be uncomfortable. It’s hard to predict what changes will stick. Will handshakes become a relic? Will work ever be the same?

Now is the time, experts say, for people to reflect on losses and gains. To embrace what we took for granted, while holding on to new habits, new traditions, new ways of working, new ways of connecting.

“I don’t think that we’re going to go back to how things were pre-pandemic just because that’s the way things always were,” Wright said.

It’s possible some people may grow more selective in their socialization. People may find ways of re-engaging with the world that better suit their desires and values, and which are ultimately more socially rewarding.

“A few times in the past year I’ve thought about what was it like for my grandmother who was born in 1901, and all the changes that she saw over the course of her life,” Bufka said. “We’re having a compressed version of that, but people do that, they deal with it. … We’ll figure this out. It may feel different. But maybe we’ll come up with something new and potentially something that we like even more.”