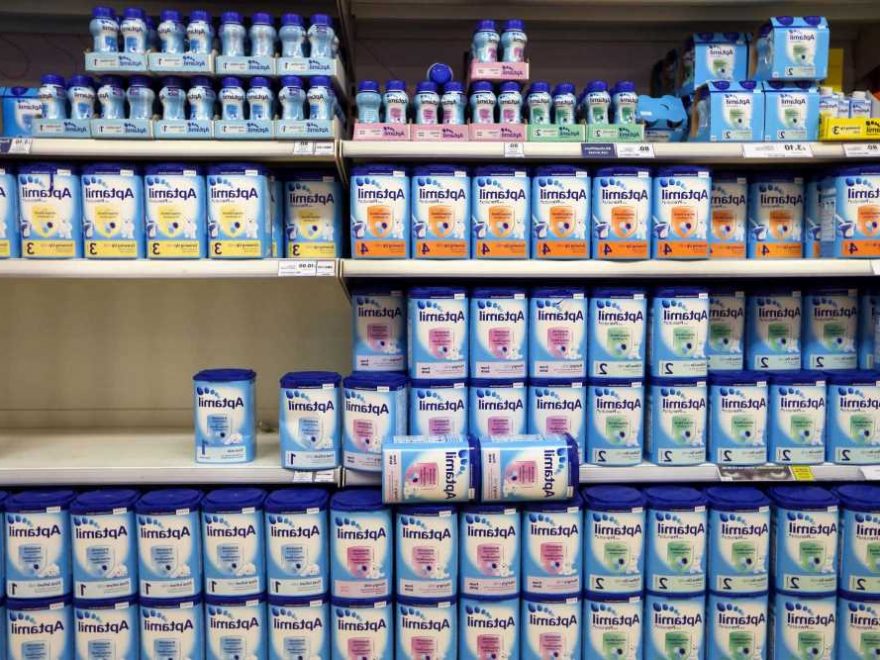 A NATIONWIDE baby milk shortage has caused panic among parents as shops including Tesco and Boots run out of stock.

Bottles of ready-made Cow & Gate and Aptamil formula milk are in short supply due to a problem with one of the ingredients. 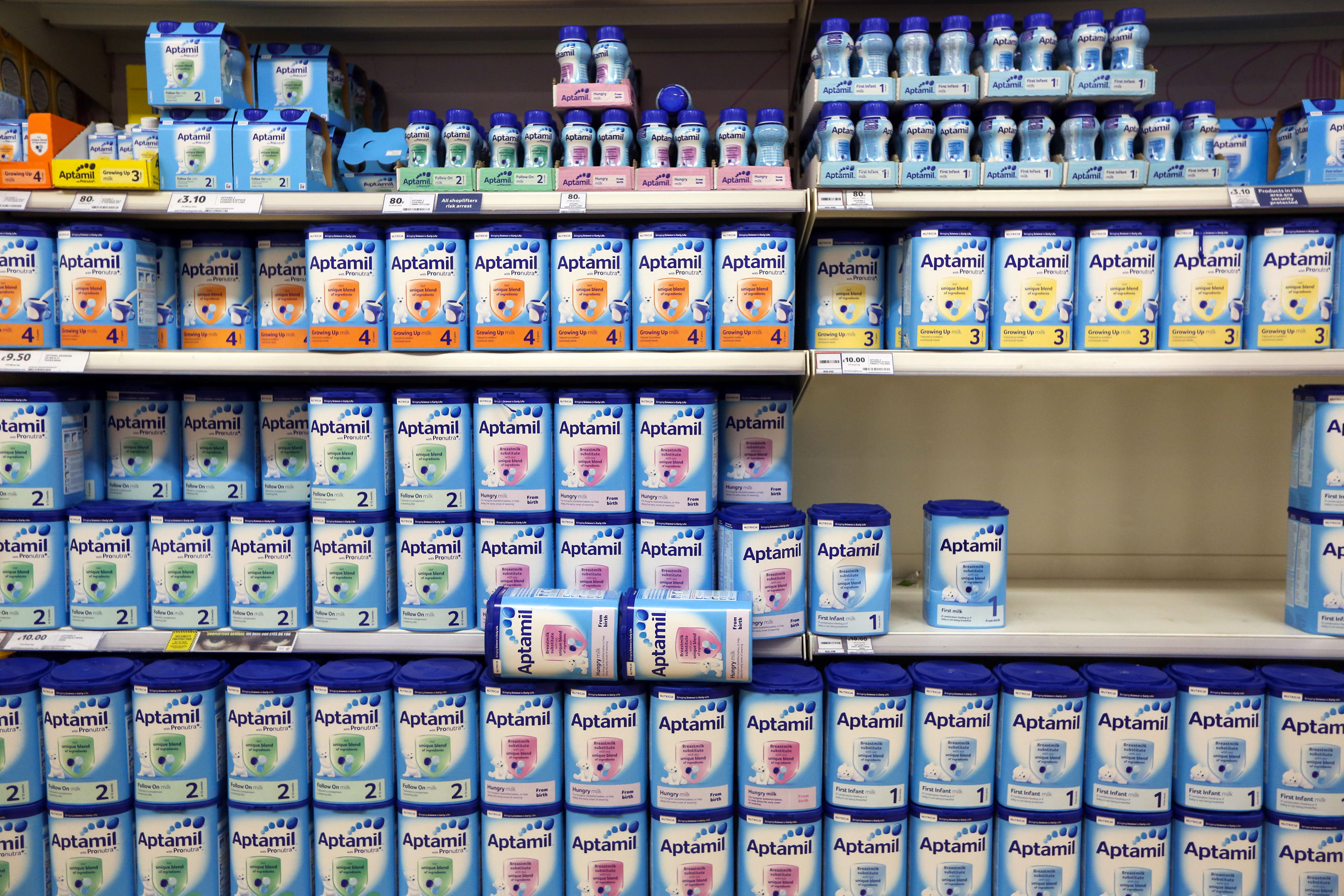 Empty shelves at supermarkets and pharmacies have triggered a wave of complaints on social media and Mumsnet from parents who can’t get the milk they need for their babies.

Singer Paloma Faith said she had tried Asda and Boots “to no avail” and tweeted: “The search for Aptamil ready to drink continues…”

One London dad said he spent hours driving around five different supermarkets, including Sainsbury’s, Tesco and Waitrose, but couldn’t find his baby’s milk.

He said: “We’ve switched to another brand for now but it makes him sick.”

Cow & Gate and Aptamil – the biggest sellers of formulas in the UK – said: “We are currently experiencing low availability on our Ready to feed formula products.

"We fully appreciate that this is unsettling and frustrating for parents and we are very sorry for this.”

The brands, both owned by multi-billion-pound international food giant Danone, said the shortage was caused by “an issue with an ingredient used to prevent foaming” during milk production.

A Danone spokesman told the Sun: “As a result, these formulas did not consistently meet our standards, so we stopped sending out them out while we investigated and resolved the issue.

"Production has now re-started at our factory and we are sending out supplies to retailers.”

They added: "We are working hard to get products back onto shelves as soon as possible.”

When The Sun checked whether the formulas were available to buy online at supermarkets and other shops, we found a range of products out of stock.

At Tesco, Aptimel multipacks of four 200ml bottles of ready to feed formual had run out.

At Asda, single 200ml bottles of the same product were also out of stock. 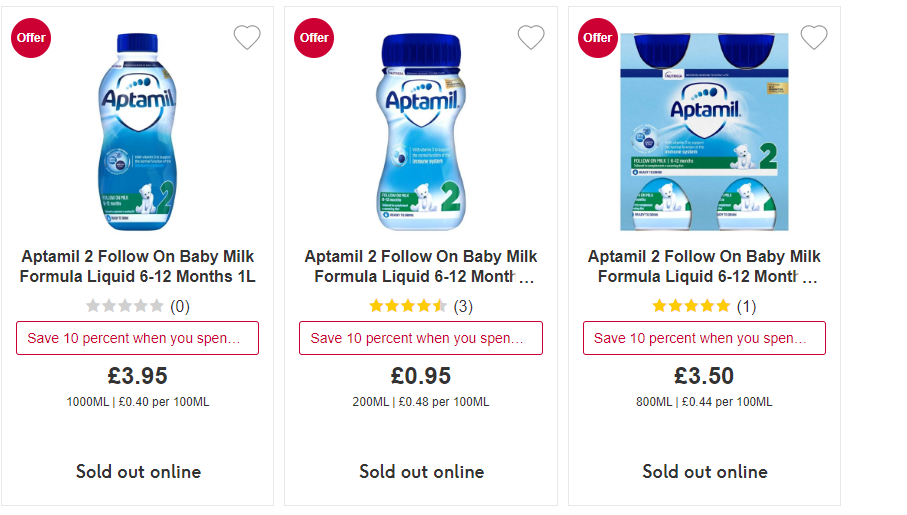 Boots also had three Aptamil products which were sold all out.

While Superdrug had no 1l bottles of Cow & Gate formula left.

Problems started more than a week ago but last night parents complained they were still struggling to find ready-made milk.

Dad Scott tweeted Aptamil saying: “It's been a week since I spoke with you about there being no Aptamil 1 or 2 on shelves.

"Why hasn't your website been updated? I was told there would be milk on the shelves last weekend.”

Pregnant Samantha Francois said she had been to “multiple” Boots stores but couldn’t find the Aptamil starter pack she needed and it was out of stock online.

She tweeted: “I’m due a c-section in June and desperately need this, can u help me please?”

And Marina Berry posted: “I can’t get the Aptamil ready made milk anywhere and we are almost out of our supply.

"Please help – I don’t want to change my son’s milk brand now he’s been on it for 8 months!”

One Mumsnet member, from East Cambridgeshire, said she tried for three days in a row to find milk for her baby.

She said one store assistant told her they would not get more in until June, so she bought powdered formula instead but her son struggled to digest it as easily.

“I hate powder and it’s bad for my boy. I’m starting to get scared… I’m feeling so anxious now,” she said.

Danone recommended parents use powdered formula as an alternative until their usual brand was back in stock.

It's not the first time there's been a shortage on baby milk.

In 2019, desperate parents drove miles to get hold of Sainsbury's First Infant Milk, after it was revealed it had the same nutritional benefits as more expensive brands.

Families flocked to the supermarket to strip shelves of the own-brand milk.

Other baby milk issues have also been reported recently.

Nestlé had to recall a number of batches of SMA Wysoy baby formula in March over fears some tubs might contain pieces of blue plastic.

Aldi has a MASSIVE baby and toddler sale with prices starting from £3.

A pregnant mum-of-eight showed off a huge food shop including 304 cereal bars and 45 bottles of juice.

Matalan also has a baby event on, and everything costs £5 or less.