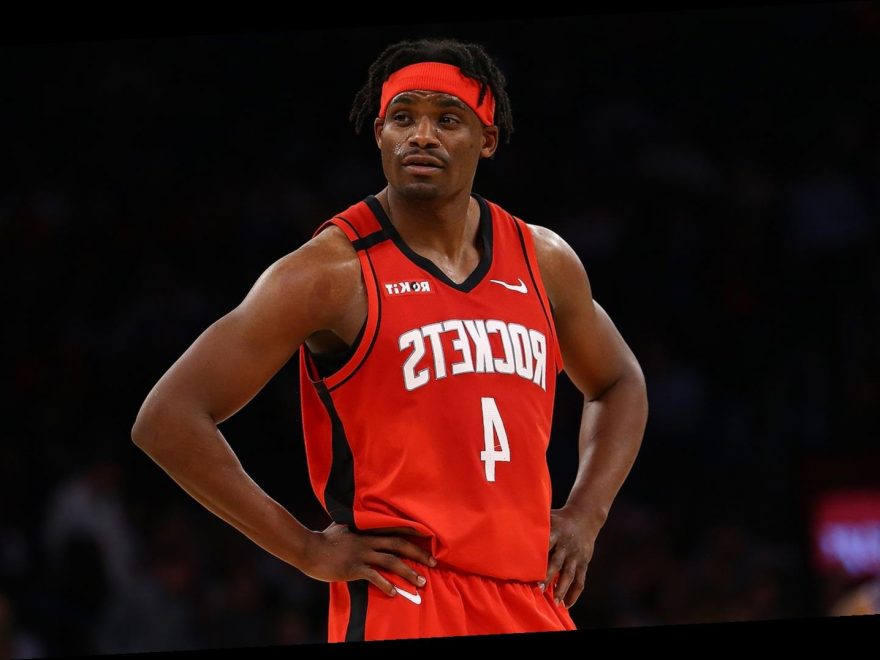 An NBA player who was sent home after violating league coronavirus safety precautions by inviting an unauthorized woman into his hotel room has apologized three months after the incident.

In early September, Houston Rockets player Danuel House was removed from the NBA's temporary campus at Walt Disney World in Orlando, Florida, after a female COVID-19 testing official was caught inside his room, according to Yahoo Sports. It was in direct violation of the league's protocols to protect players and staff from coronavirus while inside the quarantine area known as the "bubble."

At the time, the 27-year-old forward and the Rockets had been inside the bubble since early July when the NBA restarted its 2019-2020 season following the initial pandemic-caused postponement. House's removal came as Houston faced the Los Angeles Lakers in a best of seven playoffs series, which they eventually lost 4-1.

"I’d like to start off by apologizing to my team and the organization and the owner for the mishap that happened in the bubble," House told reporters this week. "I’m focused. It’s behind me It’s in the past. New year, new season. Looking forward to growing and expanding." While Houston was unlikely to beat the Lakers after falling behind in the series, Rockets player James Harden admitted the situation with House hurt the team moving forward.

House told the Houston Chronicle this week that he's focused on being a "momentum builder" for the team as they prepare to start a new season later this month.

“I feel like I’m still carrying on,” House told the outlet. “Even though I wasn’t able to participate, as soon as I got home I was in the gym. So right now I feel like it’s a momentum builder."

“I mean, you live and you learn," he added." You take the bad and you just flip it and make the energy work for you.”

At the time of his dismissal, House did receive sympathy from at least one NBA star.

"If you’ve been in a bubble away from some action for three months? I mean, you can’t blame him, dog,” Brooklyn Nets player Kevin Durant said during an appearance on The Joe Budden Podcast in September. “And I heard it was no females at all outside of [COVID testers]. The maids were all men, there was nothing but men around."