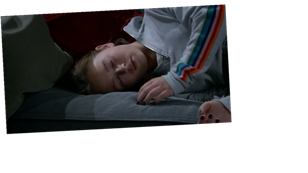 Viewers previously saw Paul Ashdale gamble away all the money Mandy Dingle had saved for a home deposit.

Vinny stole money from Aaron at the scrapyard to give to Paul amid his struggles, but Liv discovered the truth.

She arrived as Vinny pocketed the cash, and overheard his phone conversation with Paul.

Liv threatened to tell Mandy about Paul's dark gambling secret, but he trapped the character behind a locked door in twisted scenes.

After the character was trapped behind the locked door, she suddenly felt dizzy and collapsed, suffering a seizure.

Mark had realised he was scaring Liv, so he admitted he was in the wrong.

He said: "I know I've lied and manipulated you and Vinny

"The only reason I did all that was because I love my family so much."

He unlocked the door for Liv, but as he turned around, she sat down before having the seizure.

The character woke up feeling disorientated as she saw Mark sat opposite her.

He replied: "It's okay, you just had a little seizure.

A terrified Liv burst into tears as she realised her seizures could mean she has Epilepsy.

She said: "This probably means I've got epilepsy now."

When Mark told her she was going to be okay, she shot back: "Don't pretend you know anything."

He replied: "How do you think I knew what to do?", as he revealed to her he suffered from seizures too.

After the characters chatted, Liv told Mark he should be honest with Mandy about his gambling issues.

Mark refused, and told Liv he would have to tell Aaron about her seizure.

The character begged Mark not to tell.

She told him that if he told Aaron about her seizure, she would tell Mandy about his gambling.