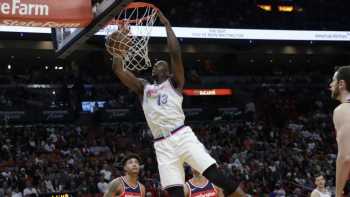 The National Basketball Association and China’s Tencent Holdings have announced a five-year extension of their existing partnership, which sees Tencent as the NBA’s official digital partner. The new deal runs to the end of the 2024-25 season and covers live NBA games, NBA programming and interactive fan experiences.

The partnership will also be able to leverage the big data resources that come from operating China’s most popular social media, music and games platforms. This is intended to create customized interactive services.

“The enormous reach and popularity of Tencent’s platforms have been a driving force behind the growth of basketball in China, and we look forward to deepening our connection with NBA fans across the country through this expanded partnership,” said NBA commissioner, Adam Silver.

Tencent has been the digital media partner of the NBA since 2009, and has streamed full seasons of live NBA games since the current deal began in 2015. Last season, 490 million fans in China watched NBA programming on Tencent’s platforms, a nearly three-fold increase on the 2014-15 season. An estimated 21 million fans in China watched Game 6 of the 2019 NBA Finals on Tencent platforms.