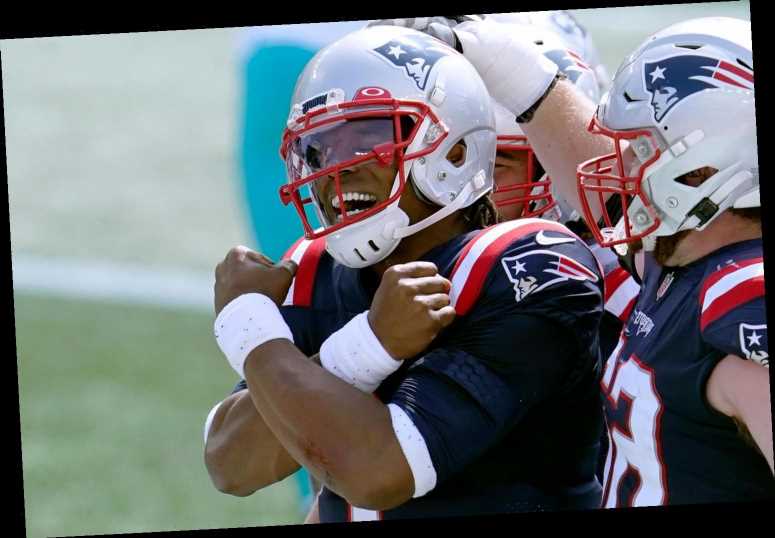 During the second quarter of the Patriots' game against the Miami Dolphins, Newton, 31, took the snap and rushed to the end zone, scoring his first points with his new team.

The NFL quarterback immediately celebrated by making the "Wakanda Forever" salute with his arms — a tribute to Black Panther star Boseman, who died last month at the age of 43 after a four-year battle with colon cancer.

Newton also wore cleats during Sunday's game that had various anti-racism phrases written on them, including "7 Shots," representing the number of times Jacob Blake was shot by police in Kenosha, Wisconsin, last month, and "No Justice, No Peace."

Like Newton, many sports figures have paid tribute to Boseman in the weeks following the actor's tragic death.

LeBron James gave the "Wakanda Forever" salute while kneeling during the national anthem before the Los Angeles Lakers' game against the Portland Trail Blazers last month.

British racing driver Lewis Hamilton also paid tribute to Boseman at the Belgian Grand Prix last month with a Wakanda salute when he exited his race car, according to ESPN. Boseman's family confirmed his death on his social media accounts on Aug. 28.

"It is with immeasurable grief that we confirm the passing of Chadwick Boseman," the family said. "⁣Chadwick was diagnosed with stage III colon cancer in 2016, and battled with it these last 4 years as it progressed to stage IV." "A true fighter, Chadwick persevered through it all, and brought you many of the films you have come to love so much. From Marshall to Da 5 Bloods, August Wilson’s Ma Rainey’s Black Bottom and several more, all were filmed during and between countless surgeries and chemotherapy," the post continued.

Boseman's team also called the late actor's role as King T'Challa in Black Panther  "the honor of his career."