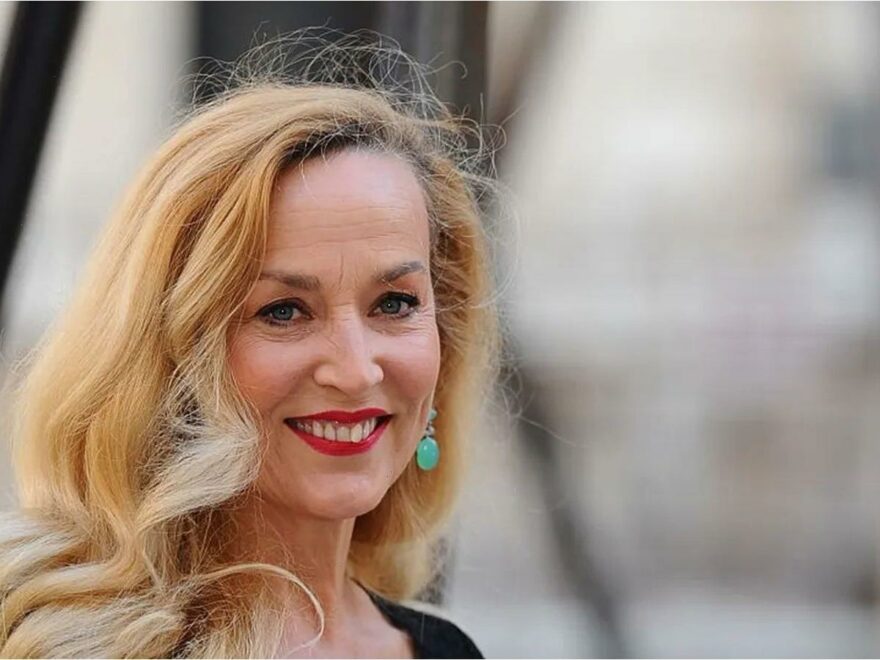 Jerry Hall has been left “heartbroken” and “devastated” by the abrupt end to her marriage to Rupert Murdoch, blaming her children for driving a wedge between them, it has been reported.

According to Vogue, former model and all-time legendary beauty Jerry Hall has lived nearly her entire life in the spotlight. Born in Texas in 1956 and discovered by a talent scout while sunbathing on a beach in the South of France in the early 1970s, she rose to modeling fame while still a teenager. For decades, she lived at the intersection of fashion and rock. She appeared on the cover of Roxy Music’s album Siren in 1975, dated and almost married musicians, and eventually got hitched to one of the world’s most powerful media moguls. In between, she raised a family and kept busy as an actor and fashion icon.

“Rupert is the most wonderful husband. He’s so easygoing. Such beautiful manners,” she told Harper’s Bazaar in 2019.”

The wife and mother is close with her adult children—”Actually, I put them above everything. Whenever they are available, everything else goes,” she told Independent.ie in 2012—and her grandchild. Her daughter Elizabeth had a son, Eugene, in 2020.

“Being a granny is wonderful,” she told Daily Mail shortly after his birth.

RELATED: Bruce Willis Sold $65 Million Worth Of Property As His Health Declined

Jerry Hall officially filed for divorce from Rupert Murdoch in L.A. in early July. Per court documents seen by People, she cited irreconcilable differences and is asking for spousal support. A month later, the divorce was finalized

“Jerry Hall and Rupert Murdoch have finalised their divorce. They remain good friends and wish each other the best for the future,” a lawyer for Murdoch said in a joint statement for the couple.

Neither Murdoch nor Hall have publicly confirmed the divorce news. According to the New York Times, their split is unlikely to impact Murdoch’s ownership of his businesses, which includes the parent company of Fox News, as the “Murdoch family’s shares in the companies Mr. Murdoch founded reside in a strictly managed trust… Murdoch splits voting rights over that trust with his four oldest children — Lachlan, Elisabeth, James and Prudence — and has arranged them so that he can never be outvoted.”

Most women might cheer themselves up after a sad divorce by splashing out on an expensive pair of shoes or a designer handbag.

Jerry Hall was spotted looking at empty shops in West Hollywood. Dressed in a baby-blue jumper with navy trousers and carrying a light brown handbag, the ex of Rolling Stones singer Sir Mick Jagger is pictured inspecting a former antiques showroom, on the market for around $6 million. 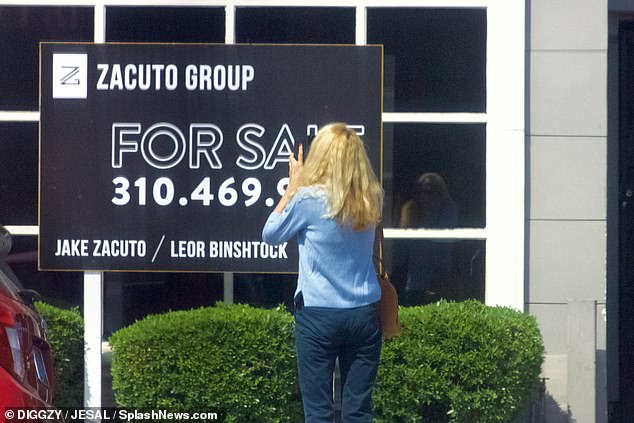 Jerry Hall, who wore a pair of brown sunglasses, admired the 6,000 sq ft site from the outside, peered in through the windows and took a few photographs on her phone. She then took down the details of the estate agent in charge of the property before walking away.

The building was the main showroom of John Nelson Antiques, which was founded in 1965. The property was listed on the market earlier this year.