“Motivation” positioned the solo artist as the future of bubblegum pop, but her debut album promises something for everyone. 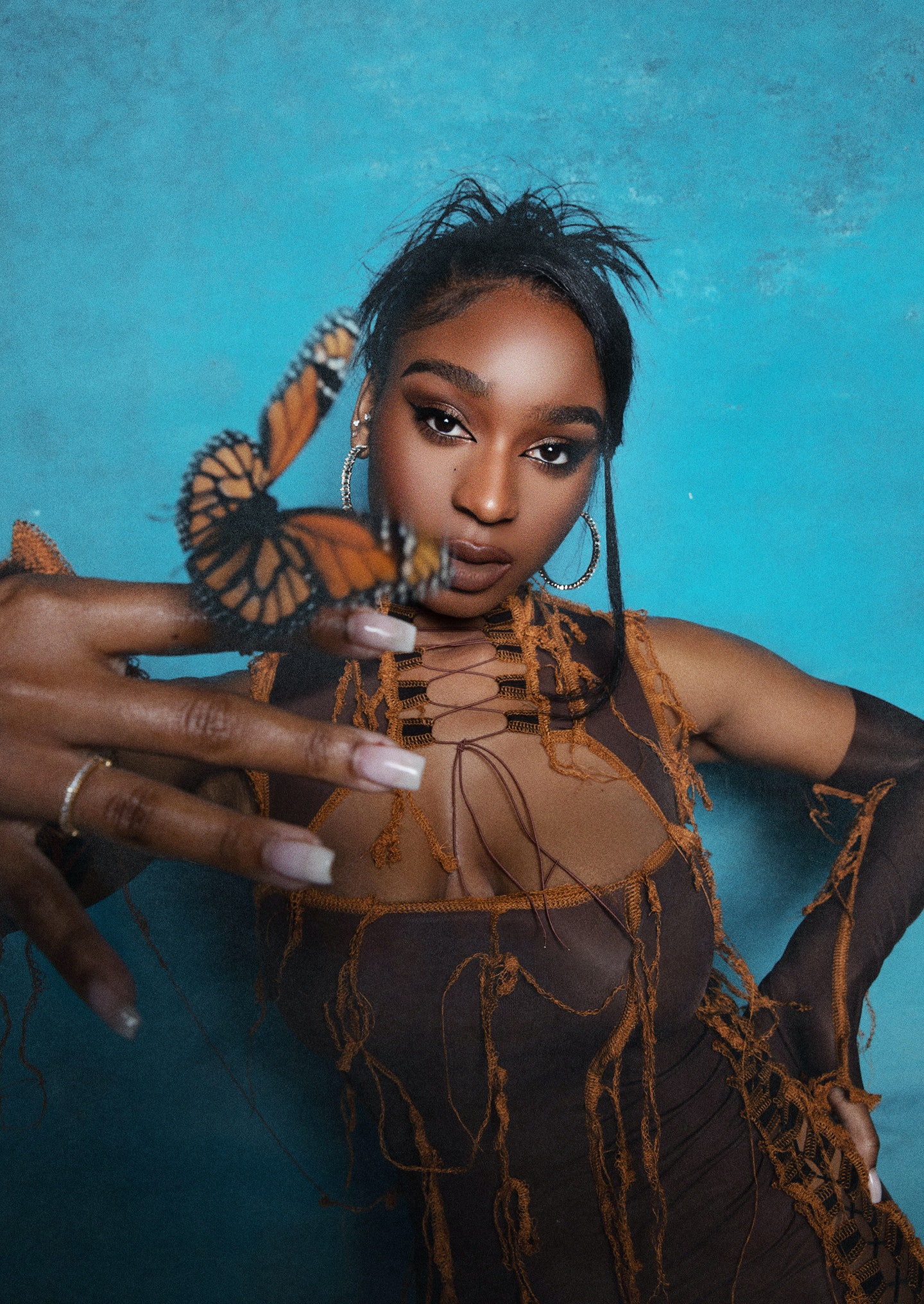 Normani erupted on the scene as a member of Fifth Harmony, the girl group formed on The X Factor in 2012. When she went solo and released her debut single “Motivation,” her musical stylings were considered a direct descendant of that of ‘90s and ‘00s pop icons Britney Spears, Janet Jackson, and Beyoncé. But if you talk to Normani, she’ll tell you she’s not always that saccharine. For W’s annual Music Issue, Normani hints at what you can expect from the sounds on her debut album, her ‘90s style influences, and more.

For six years, you were primarily known as a member of the pop girl group Fifth Harmony. But in 2018, you released “Love Lies,” a duet with Khalid, and the following year came “Motivation,” a chart-topping, upbeat single, with a music video filled with ’90s and ’00s pop references. How have you been preparing for your next project, out this summer?

Honestly, 2020 was a tough year for me, because my mom was diagnosed with breast cancer, and I couldn’t travel home to Houston because of Covid. But then I kind of had to shift my perspective and just know that finishing my album really helped her get through it, and helped me get through it.

What do your parents think of the new music you’ve been working on?

Oh my goodness. Honestly, I could put out trash, and my mom and dad would literally be like, “This is a hit, this is a smash, how dare y’all not love it the way we love it.” They swear they are my A&R.

How would you describe the sound of your next project?

I naturally gravitate toward eerier, darker sounds. Sound selection is my favorite part of the production process, especially when you get in with a producer who is willing to break barriers. We just go in there and play by no rules. I come from a super pop girl group, but I grew up listening to ’90s R&B, which is pretty much what I still listen to every single day. There’s so much space in between, it gives me the opportunity to really play.

Will there be a darker visual aesthetic that goes along with that?

I’m not always as bubblegum as “Motivation” was, or as bubblegum as how people have perceived me to be from looking at that music video. So just imagine the flip side of that. It’s still going to be palatable for a wide audience. Nobody is going to feel left out.

Who are your style icons?

Is there a place you haven’t been to but can’t wait to visit once it’s safe to travel?

I would love to go to Africa. To feel that connection to my lineage would be dope, and I think I have a big fan base out there, from what I see online. Educating myself on our history, it kind of just helps you get in tune with yourself and be more grounded in who you actually are.

Have you been reading any good books in between recording sessions?

I’m not even going to lie to you: not really. I’ve been super into my Bible. That’s probably what I read the most.