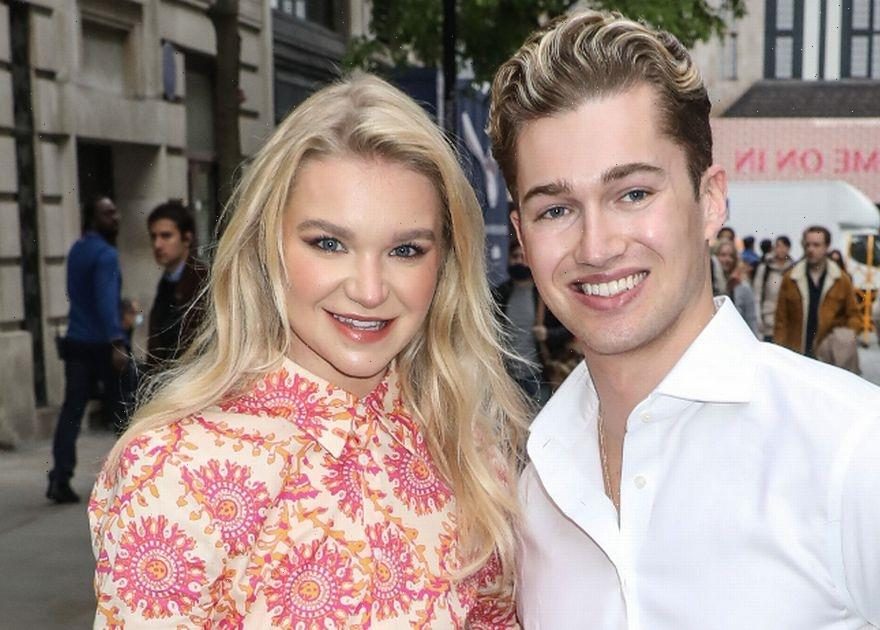 AJ Pritchard's girlfriend Abbie Quinnen has made her first public appearance since she was set alight while filming a social media stunt that went horribly wrong.

This comes after Abbie suffered third-degree burns in January after a blazing wine bottle exploded in her face and set her on fire – leaving her hospitalised after the social video took a turn for the worse.

The 23-year-old dancer had been trying to film a prank Youtube video with her I'm A Celebrity star boyfriend AJ and Curtis – his Love Island star brother who previously dated Maura Higgins.

Strictly dancer AJ had cut a bottle in half with a flaming rope as part of a "hack video".

Sadly, the accident left her needing three skin grafts as doctors fought to treat the infections and avoid scarring for the blonde.

But on Wednesday night, both AJ and Abbie seemed in high spirits as they went on a date to the London Palladium Theatre – as lockdown restrictions have now eased to allow certain events to go ahead.

The cute couple smiled at the cameras outside the theatre, and Abbie looked absolutely gorgeous following the traumatic accident.

In the photo, she can be seen wearing a bright pink summer dress and gorgeous orange heels, as she stands next to AJ who looked dashing in his white-collar shirt and formal grey trousers.

Abbie told The Sun she thought she was "dying" when she was first set alight, saying: "My face was burning hot, it felt very painful. I was lucky it missed my eye.

"I had massive blisters filled with water on my chest, neck and face and they had to pop them and clean the areas…

"My face swelled up. I couldn’t see out of my right eye."

The dancer also lost a lot of her hair in the fire so she decided she didn't want to take skin from the back of her head which would result in her losing more hair.

She said: "I couldn’t cope with shaving my head and losing more hair, so we went for my rib cage."

She also added that the video accident initially put strain on her relationship with AJ, saying: "I did everything to push him away from me.

"I felt so traumatised, I hit out at the person who loved me the most."

She said that AJ was always there for her when she left the hospital, and remained upbeat the whole time telling her how beautiful she was – even though that wasn't what she was looking for.

However, Abbie now reveals there's plenty of hope for the couple says she's "seen how true" AJ's love is and definitely sees a bright future for the two.

It was first reported AJ and Abbie were dating in May 2018 – after the two met when she was a dancer on his Get On The Floor Live tour in 2019.