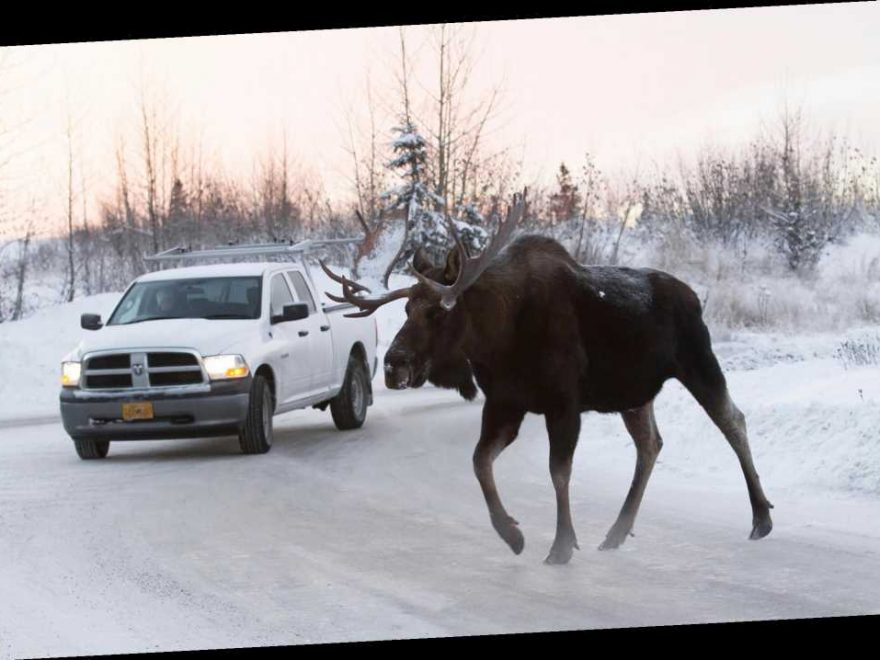 Your vehicle might look like a salty snack to local Canadian wildlife, but speed up if you see them coming over for a lick.

So warn road signs in the alpine town of Jasper, Canada, where salt-obsessed moose pose a danger to themselves — and drivers — when salt-spattered cars appear in their vicinity.

“Oh hi, moose. We have strict instructions about your snack habits,” one Twitter user wrote on the platform alongside images of the extremely direct and specific road sign and a photo of a moose. The viral tweet has racked up over 46,000 likes since being posted this month.

“They’re obsessed with salt, it’s one of the things they need for the minerals in their body,” Jasper National Park spokesman Steve Young told CNN.

Moose normally get their salt fix from the park’s lakes but have discovered that motor vehicles can offer a similar sodium-rich fix after driving through roads sprinkled with the snow-melting substance.

“They usually get it from salt lakes in the park, but now they realized they can also get road salt that splashes onto cars,” said Young.

The problem is that moose and automobiles do not pair well, and are a mutual danger to one another. But at Jasper National Park, in Alberta province, both are a common occurrence.

“Moose and cars are not a good mix. If you hit the moose with your car, you take the legs out from under it and it’s going through your windshield,” Young said.

Young didn’t say whether park officials were also worried about a “Christmas Story” situation, with the poor animals’ tongues getting stuck to parked cars.

Jasper National Park visitors often park alongside the road in order to await a moose sighting, but officials are now encouraging guests not to let the animals get too close if they do appear. At least guidelines on distancing from a moose once it has appeared are straightforward: simply drive off.

To complicate the issue, moose sightings have recently been on the rise.

“We’ve been seeing a lot more moose lately. The wolf population is decreasing, which means there’s fewer predators and the moose population is going up as a result,” Young said. “This also means people need to be respectful and give them space.”