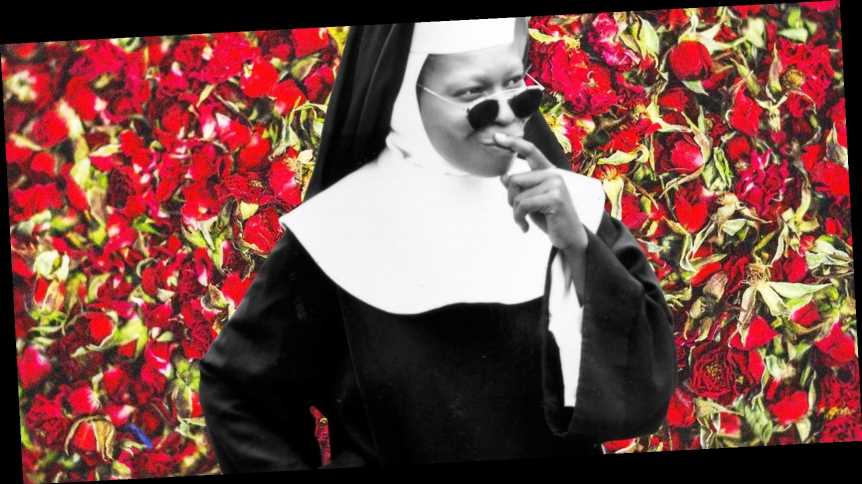 It might seem almost impossible to believe, but Sister Act came out 28 years ago.

Naturally, she finds it difficult to adjust to life in the habit, until Mother Superior (Maggie Smith) tasks her with whipping the nunnery’s choir into shape. Cue some serious show-belting tunes (think Hail Holy Queen, My God (My Guy) and I Will Follow Him, to name just three) and all sorts of hijinks with Sister Mary Patrick (Kathy Najimy) and Sister Mary Roberts (Wendy Makkena), culminating in a Las Vegas showdown and an extra-special appearance from the pope himself.

Hamilton and 17 other great musicals to watch online in the UK, ranked

The film proved so popular that it spawned a sequel the following year, Sister Act 2: Back In The Habit, which sees Deloris once again becomes Mary Clarence to teach music at the school.

On top of that, though, she’s also tasked with saving the school from closing down, launching a brand-new choir, coaxing actual Lauryn Hill out of her shell, and fending off a few adamant monks while she’s at it, too.

And now, in The Year Of Our Lord 2020, Goldberg has confirmed that she and her co-stars may be slipping back into their old habits (ha!) once again.

Speaking to James Corden about the project on The Late Late Show, Goldberg said: “For a long time, they kept saying no one wanted to see it.

“And then quite recently, it turns out, that that may not be true. People may want to see it.”

“So we’re working diligently to try to figure out how to get the gang together and come back,” she added.

Disney Plus: the best films, TV shows and documentaries to stream now

“What’s better than that?”

Nothing much, in our opinion.

As reported in September 2017: Of course, the stars of the 1992 film reunited not that long ago to celebrate the 25th anniversary of Sister Act.

And, naturally, they donned habits to give us a heavenly choir performance.

After their show-stopping performance, the cast sat down on The View to discuss their wild memories of the film.

“We shot in Reno, and we didn’t have enough room in the trailers, so we were put in hotel rooms. Cathy and I would get a little bored,” said Makkena. She went on to explain that she and Najimy would gamble and drink while dressed up in their costumes, to avoid anyone recognising them.

“He came and I said to him ‘No come in a little further. Roll it in,’” revealed Najimy.

“She said she’d pay me a hundred dollars if I didn’t laugh and I failed,” added Makkena.

Goldberg – who hasn’t worked with her castmates since Sister Act 2 – also paid homage to the absent Smith (who sent a special video message to her fellow nuns).

“I couldn’t believe she wanted to do the movie,” reflected Goldberg. “I said, ‘You’re Maggie Smith, what are you doing here?’ and she said, ‘Darling, I have to eat,’ and she also said, ‘I have to act, and I want to be here.’”

According to the Hollywood Reporter, Kirsten Smith and Karen McCullah, the writers behind hits 10 Things I Hate About You and Legally Blonde, are “writing the latest chapter in the Sister Act franchise” with backing from Disney, the original production company.

It is not yet known whether any of the original stars will return, although Goldberg – speaking at a special screening of Sister Act in New York – admitted that this isn’t a bad thing.

“I don’t know that I would be Deloris,” she said, “which is ok, because it’s time for someone else to do it.”

However, she intends to be involved in some way, shape or form, and added: “But it’s such a fun piece… maybe I’ll direct it.”

We’ll continue to pray that Sister Act 3 gets the greenlight soon.