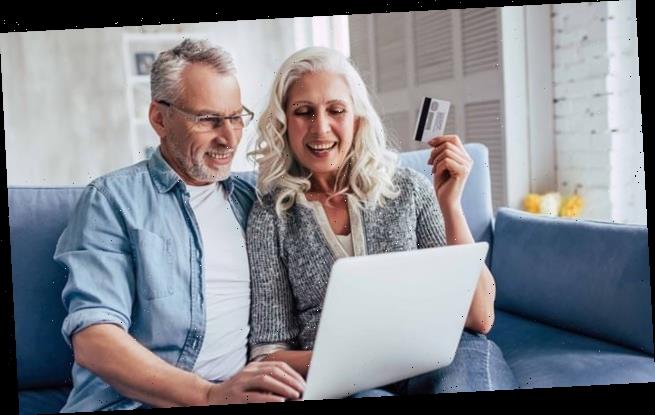 More than half of British adults aged 55 and over now shop online for their groceries, according to figures released in a new report by Waitrose.

The data showed 74 per cent of the older generation bought food goods over the internet rather than in store this year, an increase of 27 per cent on 2019.

Overall, the report found that the COVID-19 crisis had resulted in 77 per cent of all adults now doing at least some of their grocery shopping online, compared to 61 per cent a year ago. 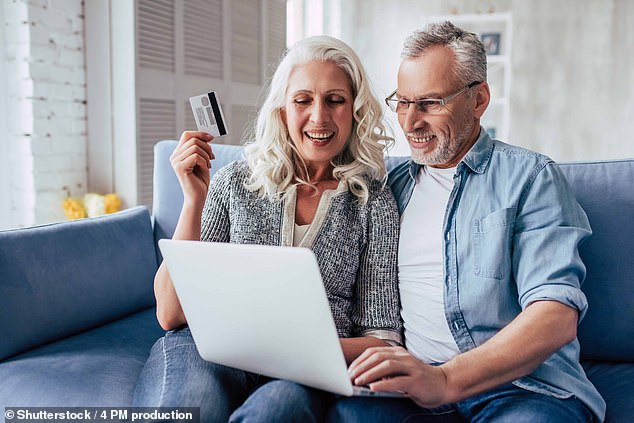 More than half of British adults aged 55 and over now shop online for their groceries, according to figures released in a new report by Waitrose (stock photo)

Released today, the Waitrose.com report How Britain Shops Online: Food and Drink Edition is based on comprehensive new OnePoll consumer research of people across Britain.

The data is supported by insight from Waitrose e-Commerce experts, online search trends and millions of purchases on Waitrose.com.

Meanwhile, the top two reasons for people shopping over the internet remained the same post-lockdown, with customers favouring the approach because ‘it’s simple’ and they enjoyed ‘someone else carrying the bulky stuff’. 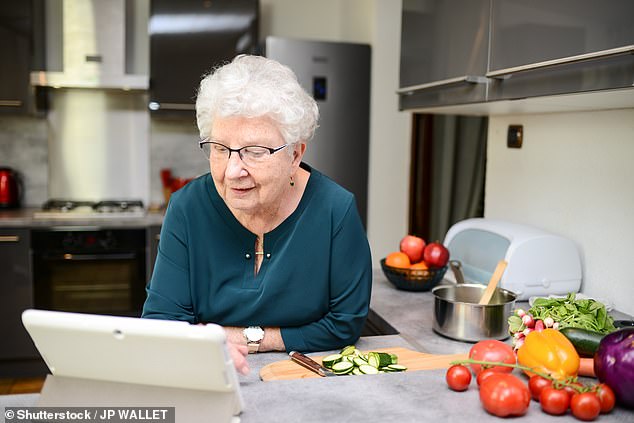 The data showed 74 per cent of the older generation bought food goods over the internet rather than in store this year, an increase of 27 per cent on 2019 (stock photo)

However the third motive changed in 2020 compared with last year, with shoppers suggesting they were also online shopping because they ‘didn’t want to go to supermarkets’ rather than it being to help ‘control their spending’.

The report also found that 17 per cent of people have been buying more wine online during lockdown, 44 per cent actively seek out items with less packaging and 27 per cent try to find British products.

James Bailey, Waitrose & Partners Executive Director, said: ‘Even before the Covid-19 pandemic, there are few retailers that wouldn’t have predicted the continued growth of e-commerce relative to physical shops.

‘But what would have previously been a gradual upward climb in demand has – with the outbreak of Covid-19 – turned into a trajectory more reminiscent of scaling Everest. 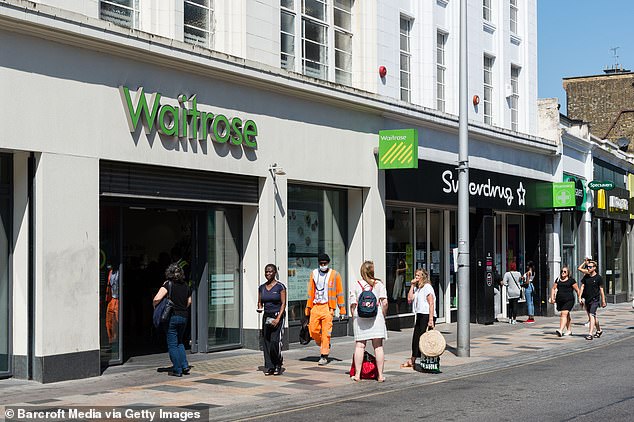 The report comes weeks before Waitrose is set to split from Ocado and refocus online efforts into Waitrose.com

‘One in four of us now do a grocery shop online at least once a week – double the amount in 2019.

The research comes weeks before Waitrose are set to split from Ocado and refocus its online efforts into Waitrose.com.

Ocado announced last year that it had cut ties with Waitrose after 19 years – to sign with the middle-class favourite’s arch-rivals Marks & Spencer.

Many shoppers are not pleased that Ocado’s deal will change amid coronavirus concerns and uncertainty.