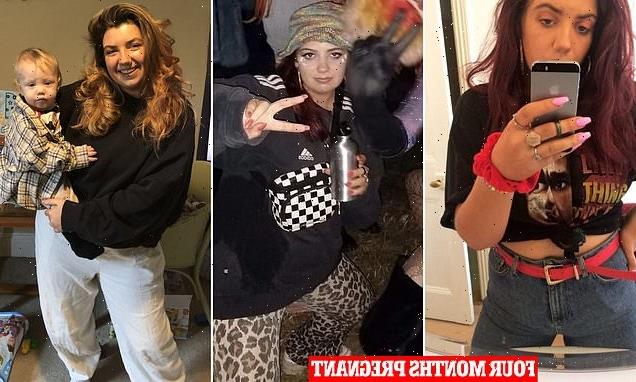 Nightclub worker, 23, had ‘no idea’ she was pregnant until she gave birth in a hospital car park – and says she didn’t put on weight and continued to have periods throughout

A woman has revealed how she spent her entire pregnancy working behind bars at some of the UK’s biggest festivals – and had absolutely no idea she was expecting a baby.

Sally Smith, 23, was taken to Queen Elizabeth Hospital in Gateshead, Tyne and Wear, after waking up from her shift in a nightclub with stomach cramps.

When her sister finally called paramedics they discovered not only was she pregnant but they could even see the baby’s head.

She later gave birth in the ambulance in the car park of the hospital because there was no time to get to the labour ward. 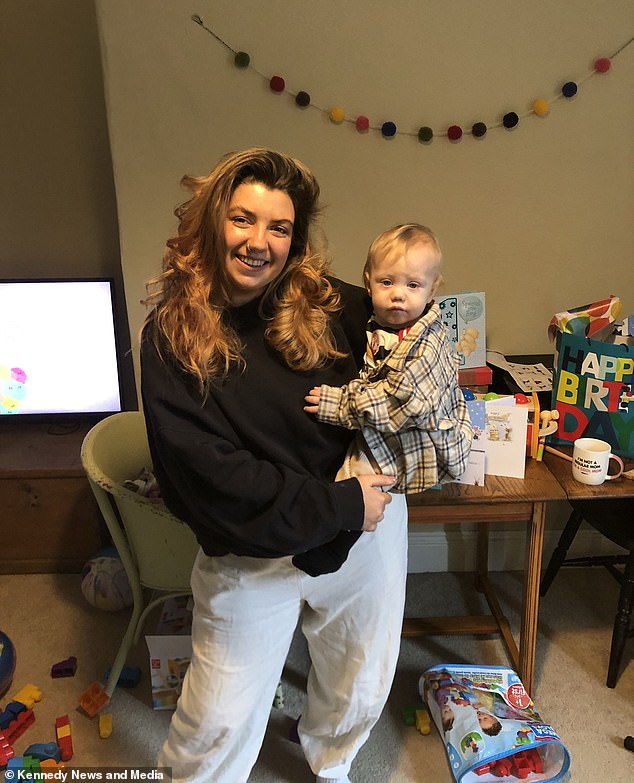 Bar worker Sally Smith worked at five festivals during the summer of 2019 and had NO IDEA she was pregnant until labour pains started in March 2020, she gave birth to her son, Gabriel, pictured with Sally, in a hospital car park 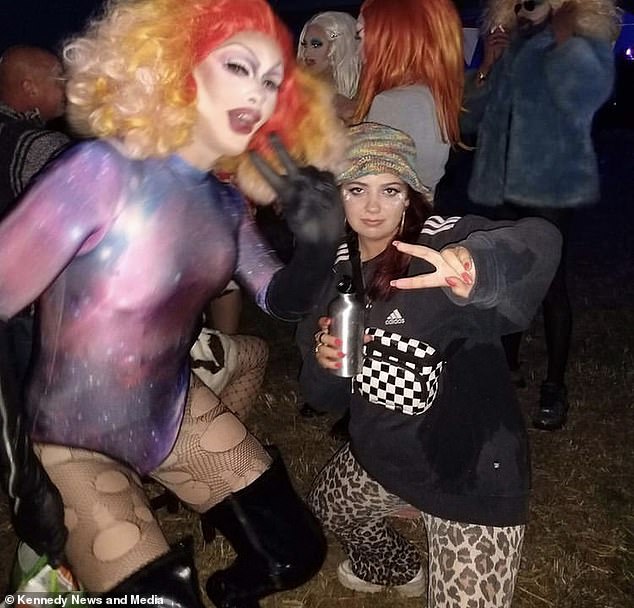 Sally was taken to Queen Elizabeth Hospital in Gateshead, Tyne and Wear, after waking up from her shift working in a nightclub with severe stomach cramps

She’s since dubbed son Gabriel her ‘surprise baby’ and says she had no clue she was about to give birth.

Sally says she used contraception, had periods and remained a size 10-12 throughout her pregnancy – and given ‘nothing was out of the ordinary’ had no idea she was expecting.

Pictures show her having the ‘time of her life’ working at festivals such as Glastonbury and Parklife, blissfully unaware that she was carrying her baby boy with no signs of a bump.

The waitress described her birth experience as the ‘most surreal thing ever’ and said her son Gabe, who is now a year old, is the ‘best thing that’s ever happened’ to her.

Sally said: ‘I had no idea I was pregnant until I went into labour. I didn’t put on any weight, had no bump and was probably skinnier then than I am now. 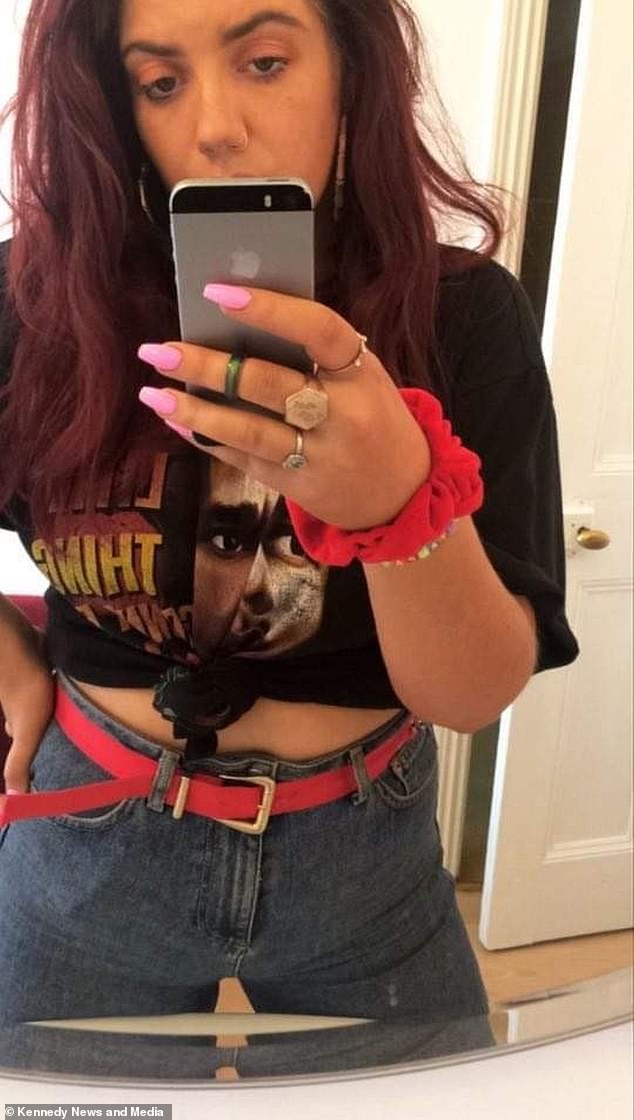 Sally says she used contraception, had periods and remained a size 10-12 throughout her pregnancy (pictured at four months pregnant)

‘If I had a drink after work I was always sick and people would joke that I was pregnant and I’d be like “if I was pregnant, I’d be eight months pregnant now” – that was kind of the running joke at work for a while.

‘I had really bad back pain when I was seven or eight months pregnant but that was when I started my new job and I was heaving kegs around all day and moving deliveries, so I put it down to the fact that I was working so much.’

She said she woke up at around 10am on 10th March 2020 after a shift as a night club supervisor with ‘really intense’ stomach cramps.

She rang her sister who suggested having a bath and that’s when she believes her waters must have broken. 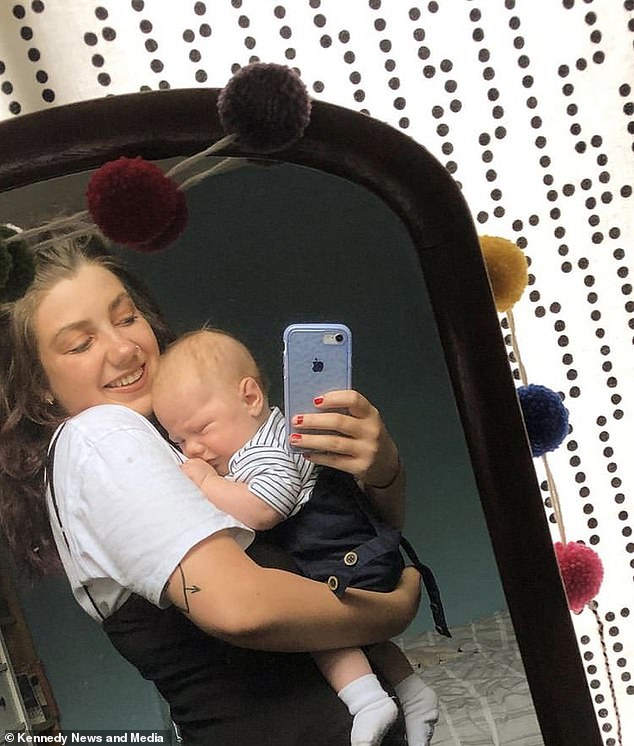 The waitress described her birth experience as the ‘most surreal thing ever’ and said her son Gabe, who is now one year old, is the ‘best thing that’s ever happened’ to her

When her sister arrived she called 111 and their mother too. Sally said: ‘She [the paramedic] walked in and I was lying on the floor and she said “well, we can see a head, you’re definitely having a baby”.

‘I would expect I would freak out but I was so calm and just like “right, this is what I’ve got to do” – there’s no way that I can’t.

‘By the time they got there I was already pushing. I was just thinking “I’ve just got to get this bit over with and we’ll deal with everything else later”, that’s all I could really think about.

‘We got in the ambulance and we could already see his head and as we were pulling up to the hospital, that’s where I gave birth.

‘It was just kind of the most surreal thing ever – I don’t think anything is ever going to top it. It was just a bit crazy.’

After around three to four hours of labour her baby boy was born in the hospital car park at 1:50pm, weighing 5lbs 3oz. 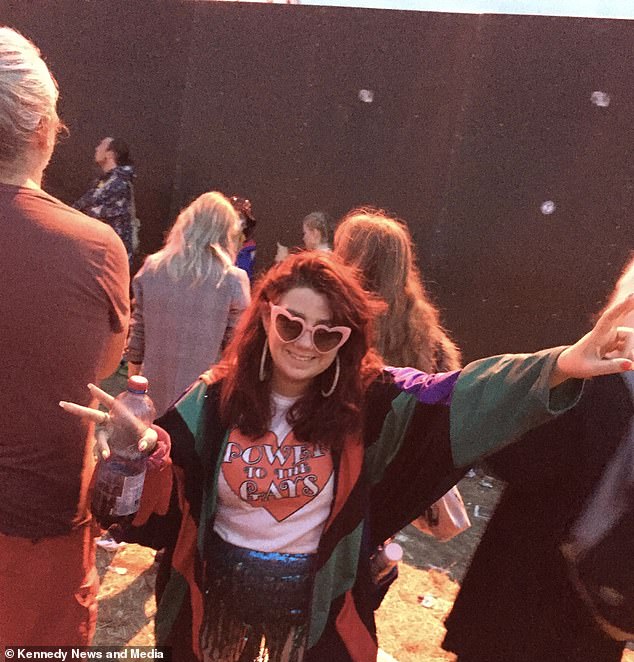 Sally, who had just finished university in 2019, worked at festivals such as  said Kendal Calling and Parklife, and went to Glastonbury, and would have been pregnant

The young mum said that her family were ‘really supportive’ and on hand throughout the entire process.

She was even told by the nurses that they’d ‘never seen someone smiling so much’ when her dad later arrived at the hospital.

Sally said: ‘When I was giving birth I remember thinking “well I can’t have a baby, I’m 23, I’ve just been promoted so how am I meant to look after a baby when I work such long hours? I can’t do it.”

‘As soon as they put him on my chest I was alright because he was there and completely fine. I was just so calm.

‘Not to sound corny but I was just completely in love. I was like “right I’m fine, I’ll be able to do it because he’s here”. 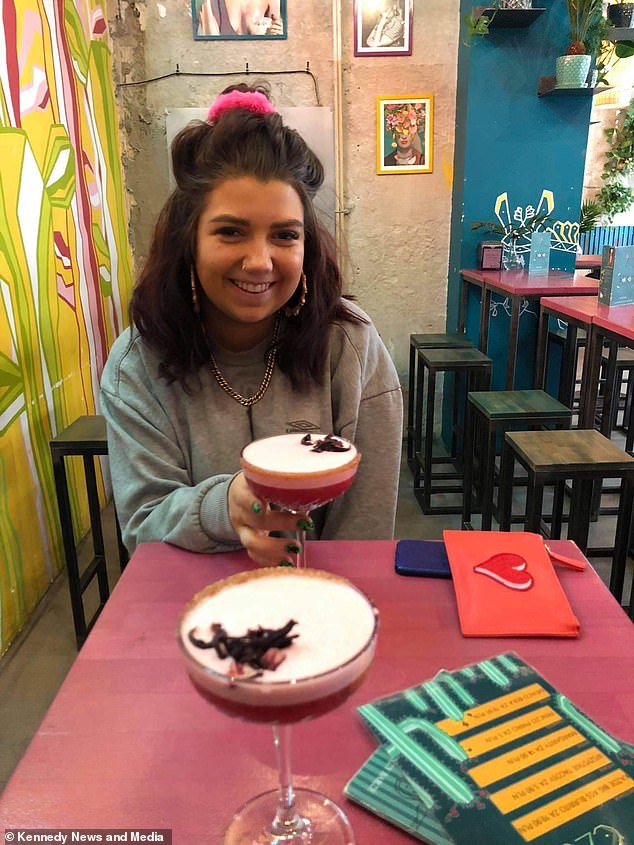 Sally said she was ‘always sick’ if she had a drink after work, and her colleagues would joke that she might be pregnant 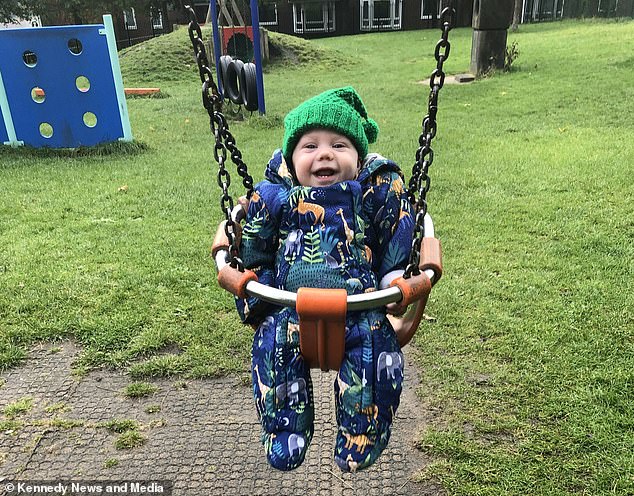 ‘As soon as I held him I was filled with love and totally obsessed with him from the start.’

Sally said she’d just finished studying at university and had the ‘best summer of her life’ back in 2019, not knowing she was pregnant with Gabe at the time.

She was also working busy 2pm to 4am shifts as a nightclub supervisor for two to three months during her pregnancy.

Sally said: ‘I worked all of the festivals in the summer of 2019 – I went to Glastonbury and worked at Kendal Calling, Parklife and quite a few of those when I would have been pregnant.

‘I was changing barrels when I was nine months pregnant. It was literally a couple of days before I gave birth.

My manager messaged me once he found out and was like “I’m really sorry”. I was one of the new ones and they were trying to break me in.’ 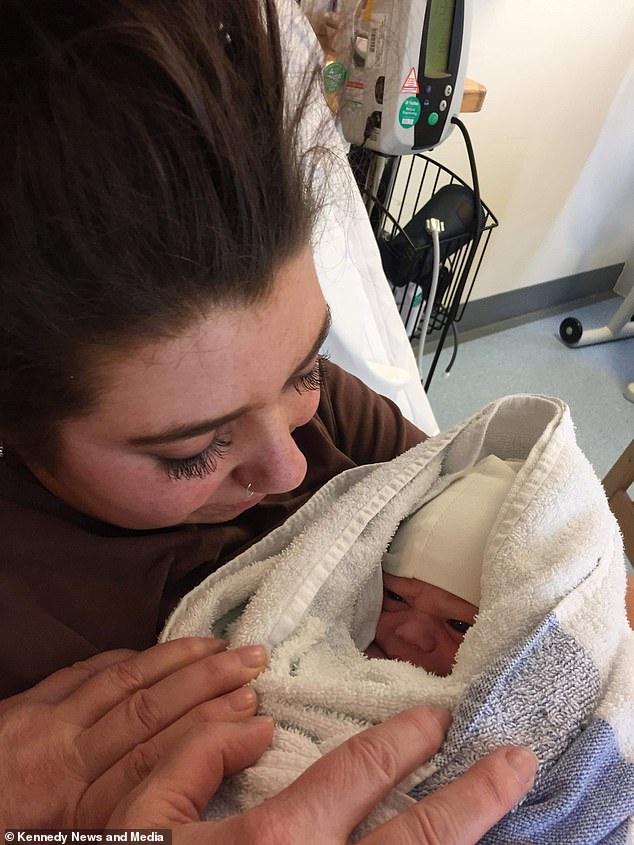 After around three to four hours of labour her baby boy was born in the hospital car park at 1:50pm, weighing 5lbs 3oz

The mother-of-one said that when she came out of hospital the country went into lockdown.

She said she texted a few of her friends who were in disbelief at the exciting news and they eventually came around for window visits so they could meet him.

She had to tell Gabe’s father, who she had been in a relationship with while at university but had separated from in July 2019.

Sally said the father didn’t get to meet the baby ‘for the first couple of months’ due to coronavirus and the national lockdown.

She added: ‘It was hard having a newborn baby but I just pushed through it.

‘He’s the best thing that’s ever happened to me.’