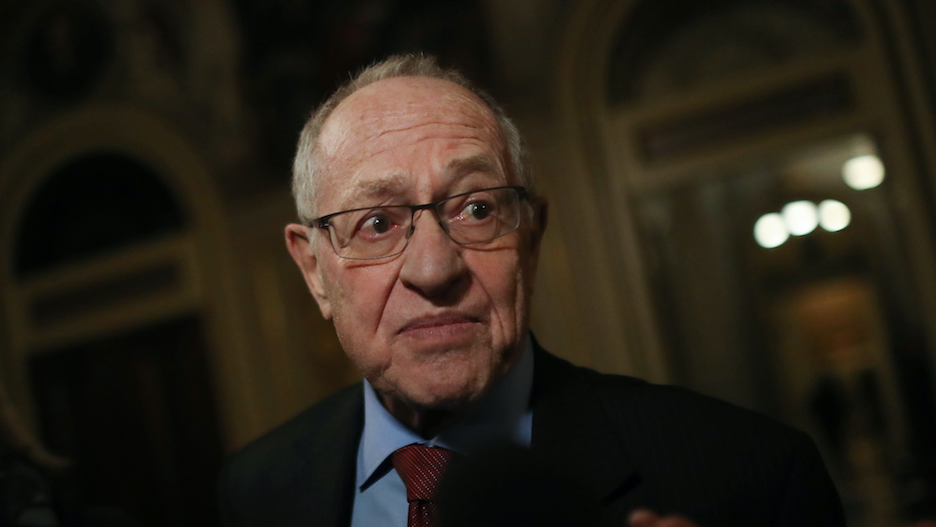 “This is the most important First Amendment case of the 21st Century,” the lawyer declared on Fox News’ “Hannity.”

Trump sued the companies and their respective CEOs on Wednesday after being banned from Facebook and Twitter. He has not been able to tweet or post since January, when supporters of his stormed the U.S. Capitol in an attempt to stop the certification of President Joe Biden’s 2020 election win. Five people died.

Online, reactions to Dershowitz’s declaration were less than kind and they came in fast.

“It’s not a First Amendment case. And Dershowitz, delusional though he is, knows this,” said Constitutional law professor Miranda Yaver.

Democratic Rep. Ted Lieu said, “Tomorrow I’m suing Fox News for not having me on every day, and the NY Times for not publishing my OpEds, because First Amendment. Awww, just kidding. Unlike delusional Dershowitz, I read the First Amendment and it does not apply to private sector companies.”

Others implied he is a clown or otherwise called him names.

Watch Dershowitz below and read about Trump’s suit here.