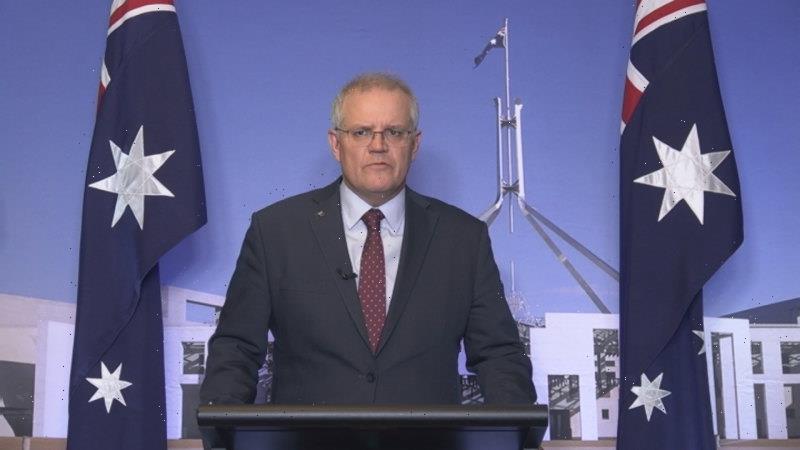 There is no great mystery to it. While there has been much speculation about what percentage of a country’s population needs to be vaccinated against COVID-19 before people can safely resume normal life, the principle has never altered: vaccinating most people is the only way out of this pandemic.

The challenge, of course, has been acquiring enough doses and then convincing enough people to roll up their sleeves to get inoculated. There is no single reason for vaccine hesitancy, but when it comes to conspiracy theories, social media is a super-spreader. There are those, for example, who believe Microsoft founder Bill Gates is using his free time to track people via microchips inserted into vaccines, and no amount of scientific evidence is likely to dissuade them. 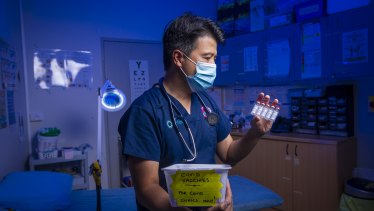 The vaccination rollout has been hit by another round of squabbling.Credit:Wayne Taylor

But for many others, genuine concerns over vaccine side effects should not be treated lightly. The blood-clotting issues with AstraZeneca are real, albeit extremely rare, and have been the catalyst for many countries, including Australia, to limit its usage. In Britain, AstraZeneca is not recommended for people under 40 if an alternative is available, while nations including South Africa have suspended its use altogether.

Until this week in Australia, for leading health officials and political leaders it had been a delicate balance of encouraging people to get vaccinated while making them aware of the possible downsides. The task was not made easier when, two weeks ago, based on new data, the Australian Technical Advisory Group on Immunisation raised the recommended age group for AstraZeneca from over 50 to over 60.

A ripple of concern went through the community and with doses of Pfizer limited until later this year, there were few options left to cater for the growing demand triggered by the recent outbreaks. That was the state of affairs on Monday when Prime Minister Scott Morrison announced that the Commonwealth would introduce a new no-fault vaccine injury indemnity scheme for GPs, opening the way for them to offer the AstraZeneca vaccine to adults aged under 40. Then things really went off the rails.

Queensland’s Chief Health Officer, Jeannette Young, was the most vocal, remonstrating that “I don’t want an 18-year-old in Queensland dying from a clotting illness who, if they got COVID, probably wouldn’t die”. Coming from a senior health official, who would usually be expected to choose their words carefully, it was surprisingly blunt.

But it reflected that Mr Morrison’s decision, and the announcement of it, had been made without proper consultation. The head of the Australian Medical Association, Dr Omar Khorshid, said it had taken him by surprise. State premiers and health officials were left scrambling to respond to the new edict. The messaging turned into a free-for-all. At a time when confidence in the vaccine rollout was already tenuous, the timing could not have been worse.

With much of the country in lockdown, frustration is growing. The political unity that was a feature of the early days of the pandemic has well and truly frayed. National cabinet, once a symbol of effective bipartisan decision-making, no longer seems capable of speaking with a unified voice. All the appeals for an effective national campaign to encourage people to get vaccinated have fallen on deaf ears, and without it, people are left scrambling for information from a range of sources, some which have little credibility.

Restoring a sense of order is desperately needed. At a time when the race to get vaccinated should be intensifying, Australians find themselves confronted with an outbreak of squabbling leading to confusion, doubt and ultimately hesitancy. That might suit the perceived political interests of individuals, but it is a long way from serving the national interest.

Gay Alcorn sends an exclusive newsletter to subscribers each week. Sign up to receive her Note from the Editor.