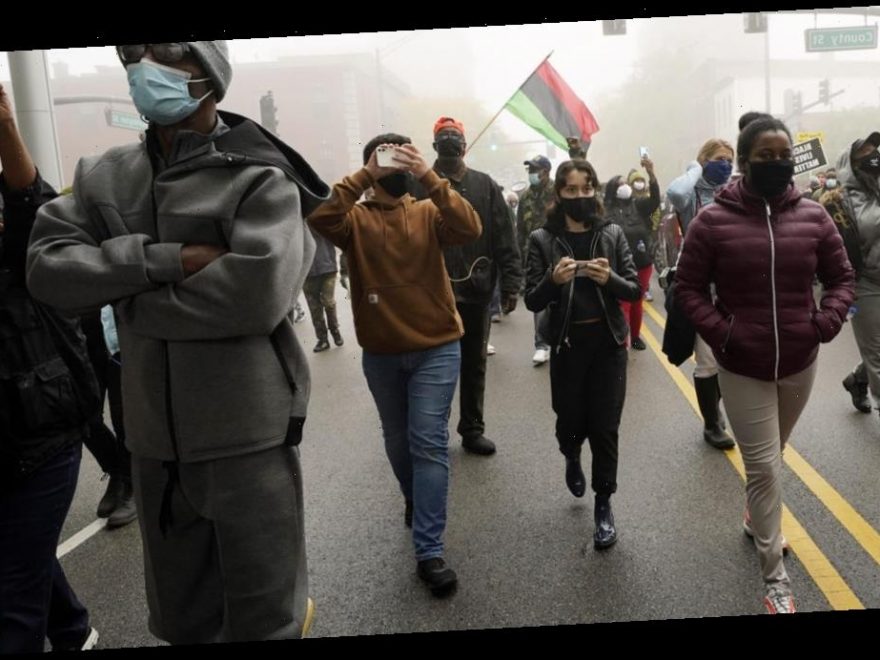 An Illinois city is reeling after police fatally shot a Black teenager who was the passenger in a vehicle that police said reversed toward an officer. The shooting, which occurred late Tuesday night, left the driver of the vehicle hospitalized and sparked protests in the city of Waukegan.

The local police department on Thursday said an officer was “investigating an occupied vehicle” when the suspects fled the scene. Later, a second officer spotted and approached the vehicle, which they said began moving in reverse toward him. The officer, who feared for his safety, fired his semi-automatic pistol, the department said.

Officials did not release the name of the officer who opened fire but said he was a Hispanic man who has been with the force for five years. The officer has been placed on administrative leave, and Illinois State Police are investigating.

The passenger, 19-year-old Marcellis Stinnette, was taken to a nearby hospital where he died of his injuries, police said. A preliminary autopsy determined that Stinnette died from gunshot wounds. Police said no weapons were found inside the vehicle.

“We have been in close contact with Mr. Stinnette’s family and our deepest condolences go out to them during this difficult time. This is truly a tragedy,” said Dr. Howard Cooper, the coroner in Lake County.

The driver, who police only identified as a woman in her 20s, was hospitalized with serious injuries but is expected to recover.

She was later identified as Tafara Williams, who was Stinnette’s girlfriend. Her mother, Clifftina Johnson, told reporters that her daughter said she was pleading for her life during the incident. “When I got there, she said, ‘Momma, they just shot us for nothing,'” Johnson said. “My daughter said she put her hand up and if she didn’t put her hand up, she said ‘Momma, I would be dead.'”

Mayor Sam Cunningham said he knows the families of both Stinnette and Williams and admitted that he’s worried about the impact the shooting will have on Waukegan, which is located about 40 miles north of Chicago. “I’m a Black man who grew up in that same neighborhood. It could have been me,” Cunningham told reporters Wednesday. 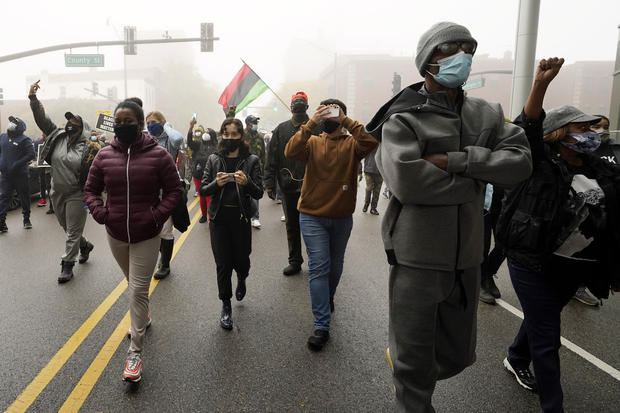 Protesters on Thursday marched across the city, calling on the Department of Justice to take over the investigation. They also demanded the release of video from the video. Illinois State Police are currently reviewing dashcam footage and body camera videos from the officers.

The teen’s grandmother, Sherrellis, said she wants the officer fired. “They were human beings. They deserved to live,” she said, according to CBS Chicago. “He left a baby behind; left five sisters and a mother and a father behind.”