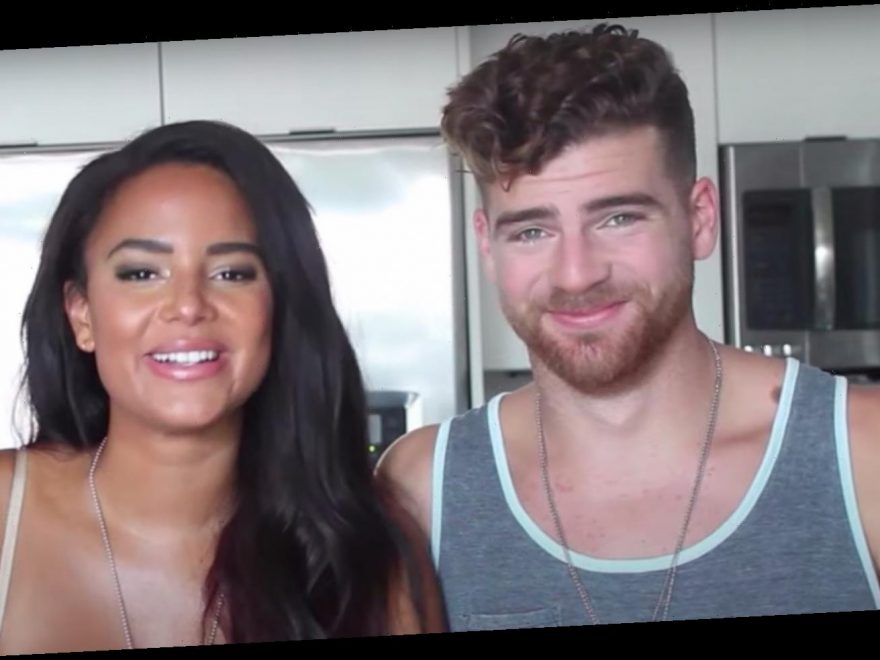 On Love Island USA Season 1, Kyra Green dumped Cashel Barnett for Eric Hall. Soon after, she regretted that decision, but, unfortunately, Cash had already left the island. When Kyra got eliminated, she called Cash to win him back, and then, he surprised her by walking up behind her. After, they started dating away from the cameras, sort of. In October 2019, they released a video discussing their breakup. Cash said, “We talked about it and we’ve decided to step back from our relationship as girlfriend/boyfriend, Kyra and Cash.”

He said, “It was mutual. I still love her,” which prompted Kyra to say, “I still love you.” Cashel elaborated, “We’ve just decided that we both need to take care of ourselves, look at ourselves, and you know not drag each other through that because that’s not fair to each other.” He said that “she’s so amazing” — and she hit him right back with “he’s so amazing,” which just added to the confusion surrounding their split.

Cash explained the decision further, remarking that it’s difficult to fully explain what it’s like to go through the Love Island experience, which is certainly different than your average first date. But there was, apparently, much more to the split than that.

During their breakup video, Cash Barnett and Kyra Green reflected on why they couldn’t make it work after Love Island USA. Cash explained that in the Love Island villa, “You’re so focused on finding this one person that you don’t realize at the time [that] it takes a while in the real world, just how different that is.” He said they were both in the midst of “transitional periods” that just didn’t coincide.

Kyra explained, “We were able to just sit in a daybed all day and talk [on the show].” However, dating in the real world was very different than filming Love Island, with Kyra declaring, “Sometimes love isn’t enough,” which Cash agreed with. After saying (again) that they “love each other,” he said they have “such different lifestyles.”

“There’s nothing to be mad about. On the real, we’ve known each other for three months,” Cash said. He felt their real-life relationship was affected by the “accelerated” timeline of the show. He remarked, “It’s like a crazier version of speed dating, you know?”

Kyra said, “I’ll always need my friend Cash.” And then they both told each other, “I’ll always be here.” She promised that “there’s no bad blood here.” In a February 2020 interview, Cash told Zack Peter they “got back together like a week” after filming that breakup video. He shared, “Kyra and I split once. Then we split twice.” He said, “there was never animosity,” but that changed months later.

Did Kyra Green and Cash Barnett cheat on each other?

In August 2020, Love Island USA Season 1’s Kyra Green told Bustle that she and Cashel Barnett are “two very different kinds of people.” She also claimed that they both cheated on each other. However, Cashel had a different take on their split. He told the outlet of the cheating allegations, “That’s new to me.”

Kyra explained why she cheated on him, telling the website, “I’m not a cheater myself, and I should have broken up with him after he initially cheated on me.” She said, “it just kind of spiraled after that” because they didn’t trust each other.

She described their relationship as “a lesson learned,” declaring, “I still stand with my journey on the show.” At the end of the day, Kyra said, “I don’t mean him any harm. I think that he served an amazing purpose for me of being my first boyfriend.” Cash also shared positive sentiments, telling Bustle, “Kyra is a great person, and we definitely gave it a good shot.”

Ultimately, it seems like their relationship worked on Love Island because the show is an environment that was built to foster romantic connections. Unfortunately, there’s much more to deal with in the outside world, and real life couples don’t always have the opportunity to talk through their feelings sitting poolside on a daybed.