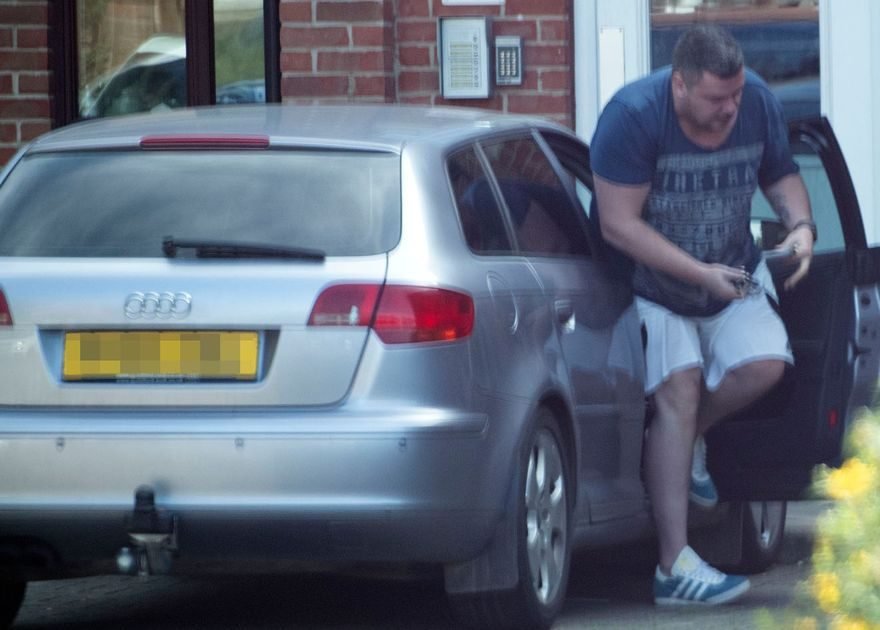 A cop killer who mowed down a police officer is back behind the wheel while banned from driving.

Shameless Wayne Rule, who killed PC Jon Odell in a hit-and-run, has NO licence, NO car tax and NO insurance.

Rule is seen stepping from his car in an image that will horrify relatives of PC Odell.

He was jailed and has been banned from the road virtually ever since – yet keeps driving.

Rule has never passed his L-test and his Audi A3 – registered with the DVLA as being off the road – is untaxed and uninsured.

Yet the Sunday Mirror spotted him driving three times in the past two days alone – after being alerted he was again showing contempt for the law.

Unwitting neighbours greeted Rule with a cheery “Good morning” as he got behind the wheel in Spalding, Lincs – 180 miles from Margate, Kent, where he killed PC Odell.

Rule was on his fourth driving ban when he admitted running down the PC during a pre-Christmas speed check in 2000.

The officer was hit by Rule’s Vauxhall Astra, thrown against the windscreen and carried along on the roof.

Rule was jailed for nine years and banned from the road for 15 years.

A further 30-month ban – keeping him off the roads until January 2020 – was imposed for again driving while disqualified two years ago.

On that occasion Rule was given a 16-week suspended jail term, a curfew and ordered to undergo drug rehabilitation.

But days ago we spotted jobless Rule flouting the law once more as he hopped in the Audi in a communal car park outside a block of flats.

After he drove off one mum told us: “Wayne’s often going here and there in his car. He’s a big fella and it’s a small car so his bulging belly rests on the steering wheel.

"He keeps himself to himself. He’s come up here from Kent for a quieter life.”

Another neighbour said: “He’s got a girlfriend and a little dog but I never see him walk it.”

In 2001 Maidstone Crown Court was told Rule’s two terrified passengers heard him shout “Shall I go for it?” before accelerating and trying to swerve past PC Odell.

Judge Andrew Patience said the officer must have been terror struck.

He told Rule: “PC Odell was more than 220 metres away when you saw him. You could have stopped, you should have stopped, but you did not. Knowing you were a disqualified driver, you thought only of yourself, your desire to get away.

“You had a total disregard for human life or suffering. You collided with the officer, killing him as he was carrying out his duty.”