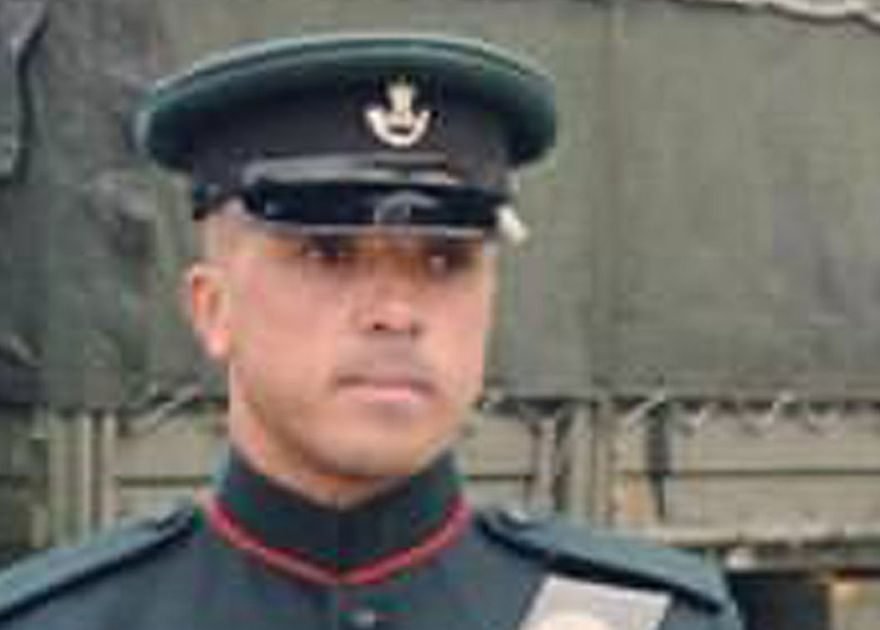 A British Army officer has died in a ­suspected hotel room ­suicide just weeks after being honoured by the Queen.

The popular soldier joined the Army in 1991 as a Rifleman in the Royal Green Jackets and rose to the rank of Major.

Capt Case, who was married to Samantha for 28 years, left the Army last year and joined the reserves as a full-time reserve service captain.

His honour came for his efforts in helping to create reserve battalion 8 Rifles – the Army’s newest regiment.

Shortly after receiving the award, Capt Case said: “The news has still not quite sunk in but I am very happy.”

Yet he went missing on August 21 and was found dead two days later in a Premier Inn at Doncaster, South Yorks, some 30 miles from his home in Mansfield, Notts.

His daughter Leonie-Tia Case said: “My mum and I would like to thank you all for the kind heartfelt words that you have left about my dad.

“It truly means a lot to us and makes this very difficult time a little bit easier.”

News of his death, released by the Rifles on its Facebook page, has prompted almost 1,000 responses from colleagues and friends expressing their disbelief.

His brother Mark said: “For as long as I can remember, my brother has always been my hero and the person I looked up to.

“It makes me burst with pride to know so many others looked highly upon this great man also. You guys were his life who he honoured above all.

“The family and myself are so ­thankful for this. We would like you all to share what you have learned and received from him and pass it on – this is what he would want.”

Capt Case served in Northern Ireland and Bosnia as well as Iraq, where he was hit by a roadside bomb explosion while travelling in one of the notoriously unsafe Snatch Land Rovers.