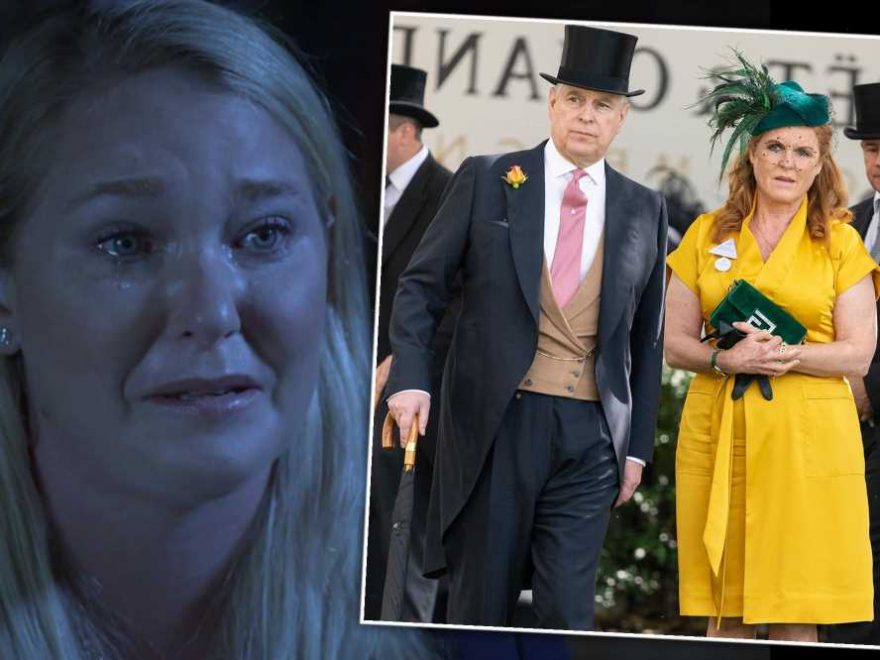 ‘Threat to the family’: Prince Andrew has no way back to public life with royals

Prince Andrew may rush to pregnant Beatrice’s side, despite impending lawsuit: report

The defense team of embattled Prince Andrew has a secret member: his ex-wife, Sarah Ferguson.

Multiple sources told The Post that Fergie — known as Sarah, Duchess of York, since her divorce from the Queen’s second son in 1996 — is so supportive of Andrew that she has been in the room with him and his legal team during strategy sessions.

“No one from inside Buckingham Palace has been involved in Prince Andrew’s case, or even knows anything much,” said one senior royal source. “It’s really just the Duke of York, Fergie and his lawyers.”

Another well-placed source was told that Fergie was with Andrew when he met his lawyer Andrew Brettler, from top Los Angeles law firm Lavely & Singer last summer.

“Sarah is fully behind Andrew and is part of his team,” said an insider.

Reps for both Fergie and Andrew declined to comment. 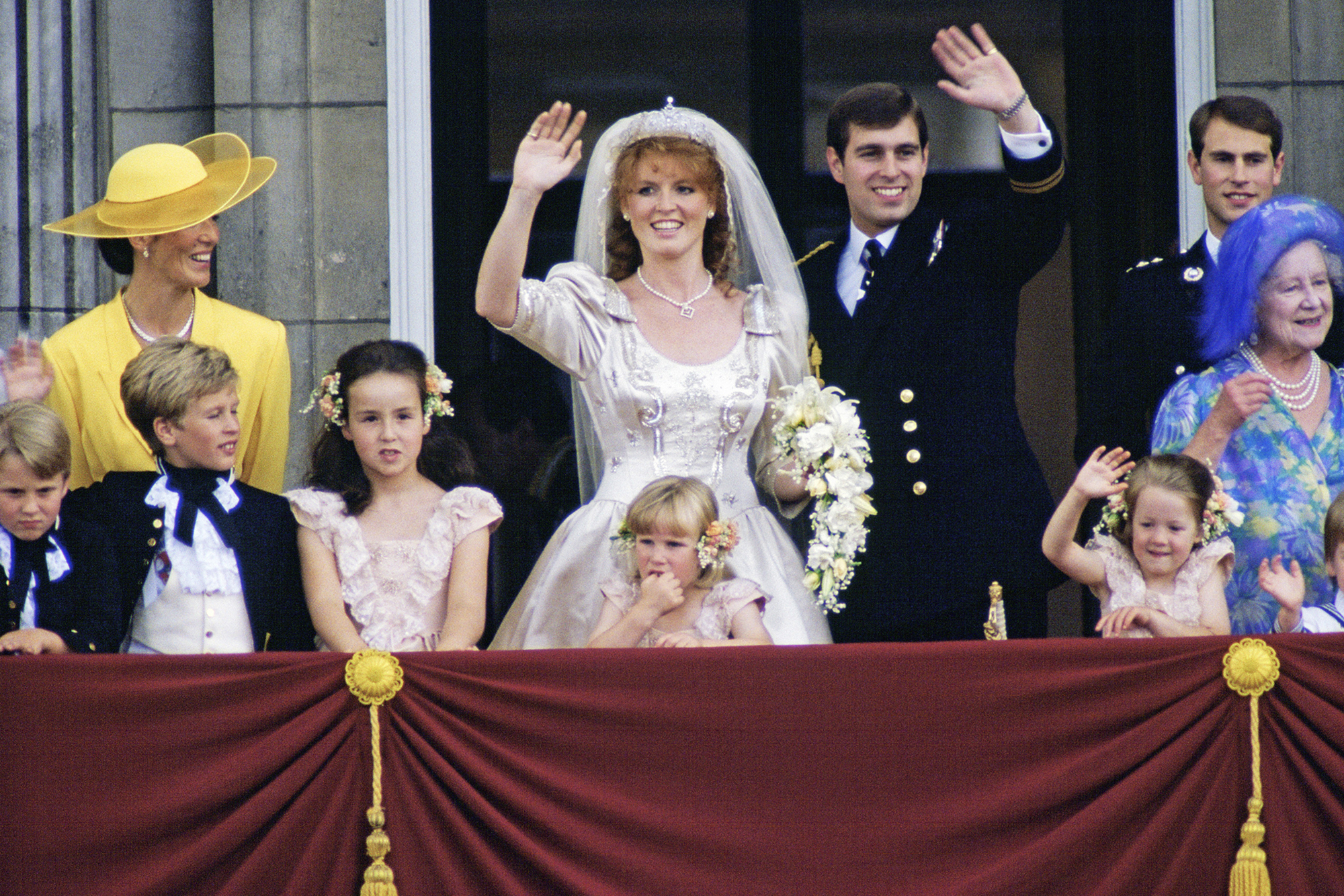 Andrew, 61, is in the fight of his life after being sued by Virginia Roberts Giuffre, who claims that she was forced — while being kept as a sex slave by late pedophile Jeffrey Epstein and convicted sex trafficker Ghislaine Maxwell — to sleep with the prince three times when she was 17 years old, in 2001.

Andrew, who has consistently denied the claims, is surely squirming as a Manhattan federal court judge appears poised to allow Giuffre’s civil suit to move forward.

Nonetheless, his greatest confidante was pictured in good spirits in Verbier, Switzerland, this past weekend. Only Andrew was missing as Fergie and their daughters — Princess Beatrice with husband, Edoardo Mapelli Mozzi, and daughter, Sienna, born in October; and Princess Eugenie with husband, Jack Brooksbank, and son, August, born last February — enjoyed a holiday at the prince’s $23 million chalet. 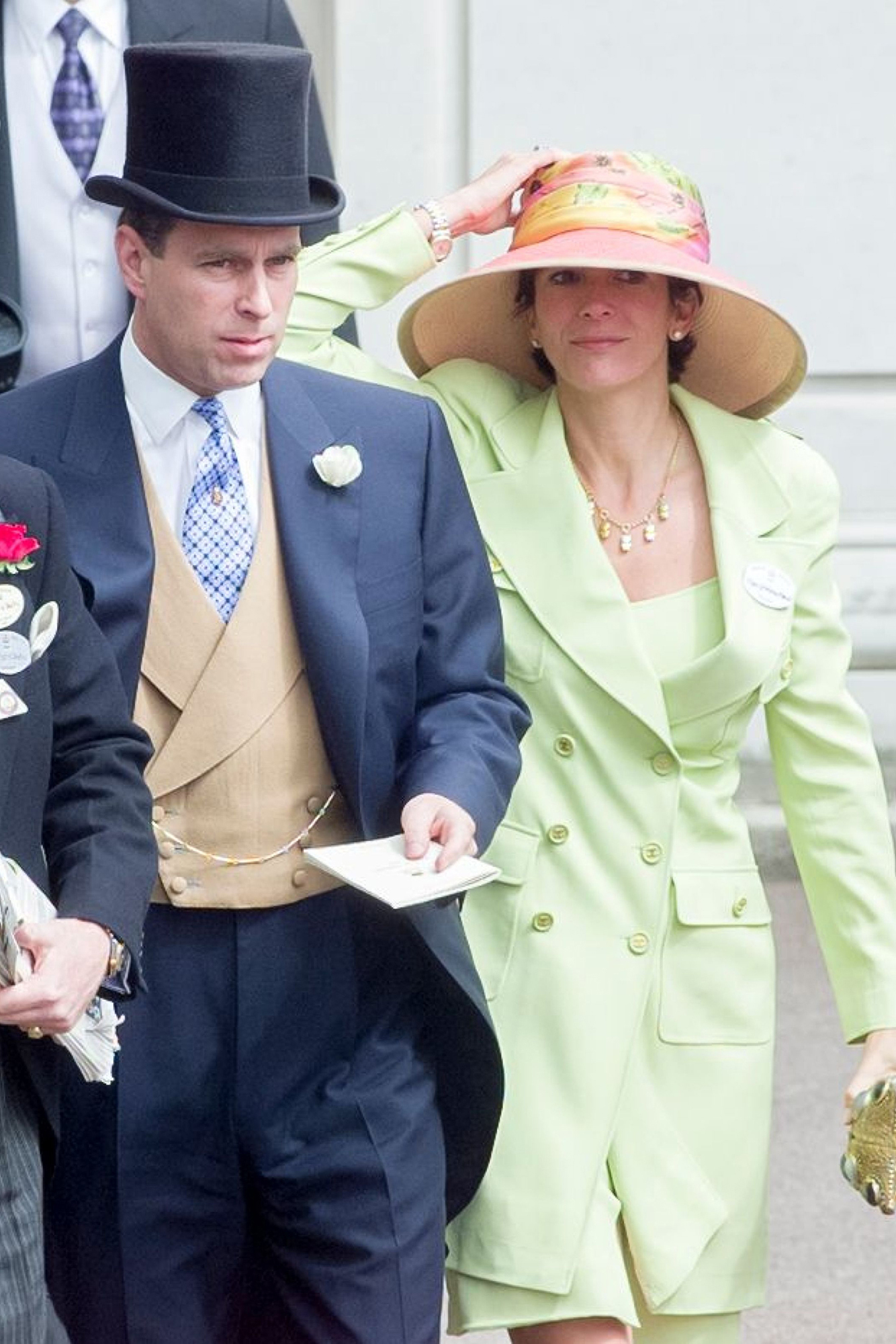 Despite having split more than a quarter-century ago, Fergie, 62, and Andrew live together at Royal Lodge in Windsor Great Park, just a few miles from Queen Elizabeth.

The duchess has spoken openly about her support for her ex while promoting her debut romantic novel, “Her Heart for a Compass,” on Italian TV last month. “He is such a kind, great man … ” she said. “I feel very strongly that in this day and age that we must stand by our hearts, what we think is right with integrity and honor and loyalty.”

Asked what the happiest time in her life was, Fergie replied: “July 3, 1986, when I married the best man in the world.”

But, she has said, they only averaged about 40 days a year together during their first five years or marriage because of Andrew’s naval duties. The couple separated in 1992, months before the revelation of secret photos of a topless Fergie having her toes kissed by financier John Bryan.

They officially divorced in 1996, but continued living together on and off and became, as Fergie has said, “close like glue.” 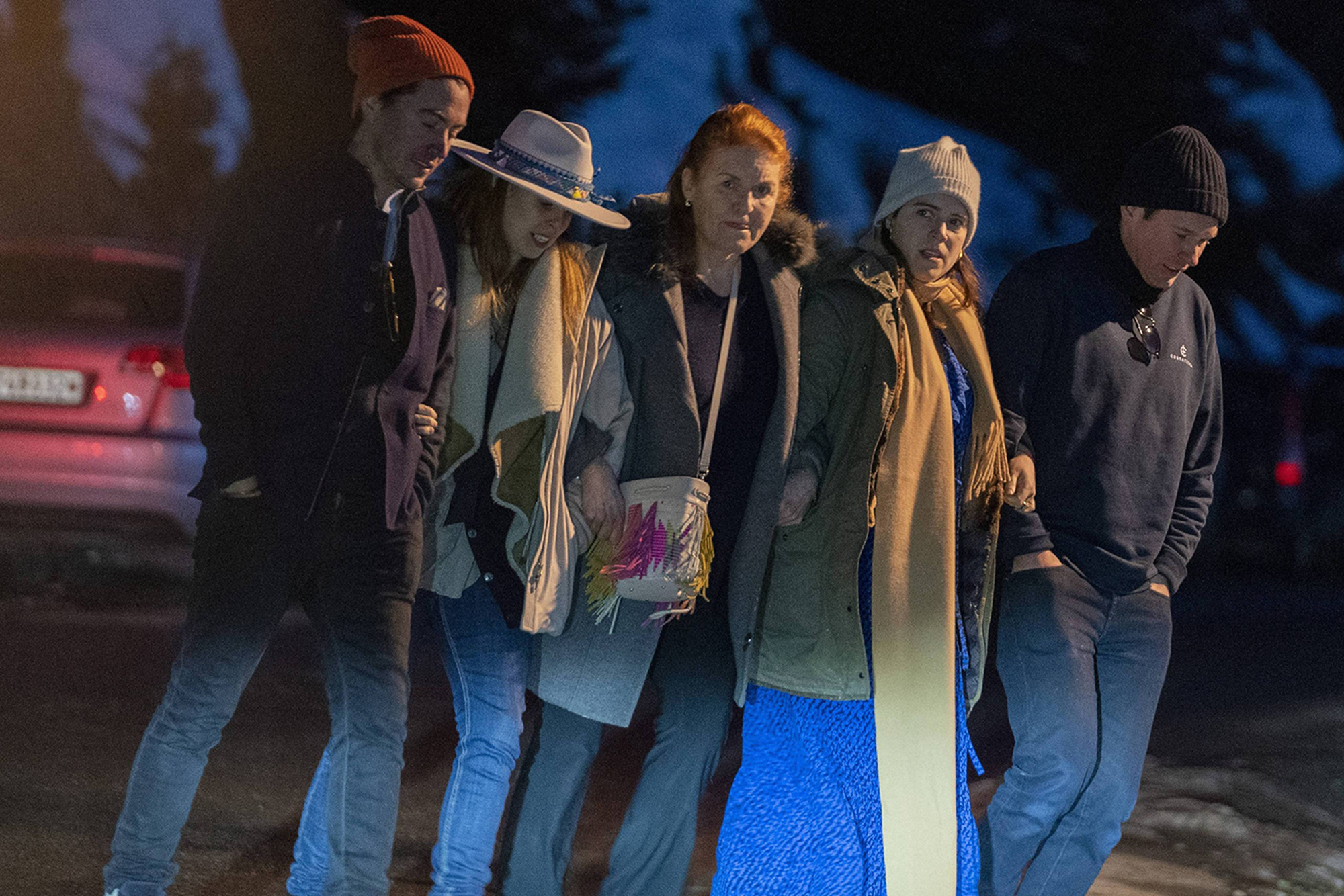 Acknowledging the duke was not aware of her actions, she was forced to apologize, saying: “I very deeply regret the situation and the embarrassment caused. It is true that my financial situation is under stress, however that is no excuse for a serious lapse in judgement and I am very sorry that this has happened.”

Meanwhile, Fergie had her own Epstein problems.

In 2011, she made a groveling apology after it emerged that she had accepted more than $20,000 from him to help clear a personal debt. Epstein had given the money to one of Fergie’s assistants at Andrew’s request.

But the payment, which came after Epstein’s release from prison in 2009 over child sex offenses, caused a storm when it became public.

The duchess subsequently admitted she had made a “gigantic error of judgement” and offered a “heartfelt” apology. 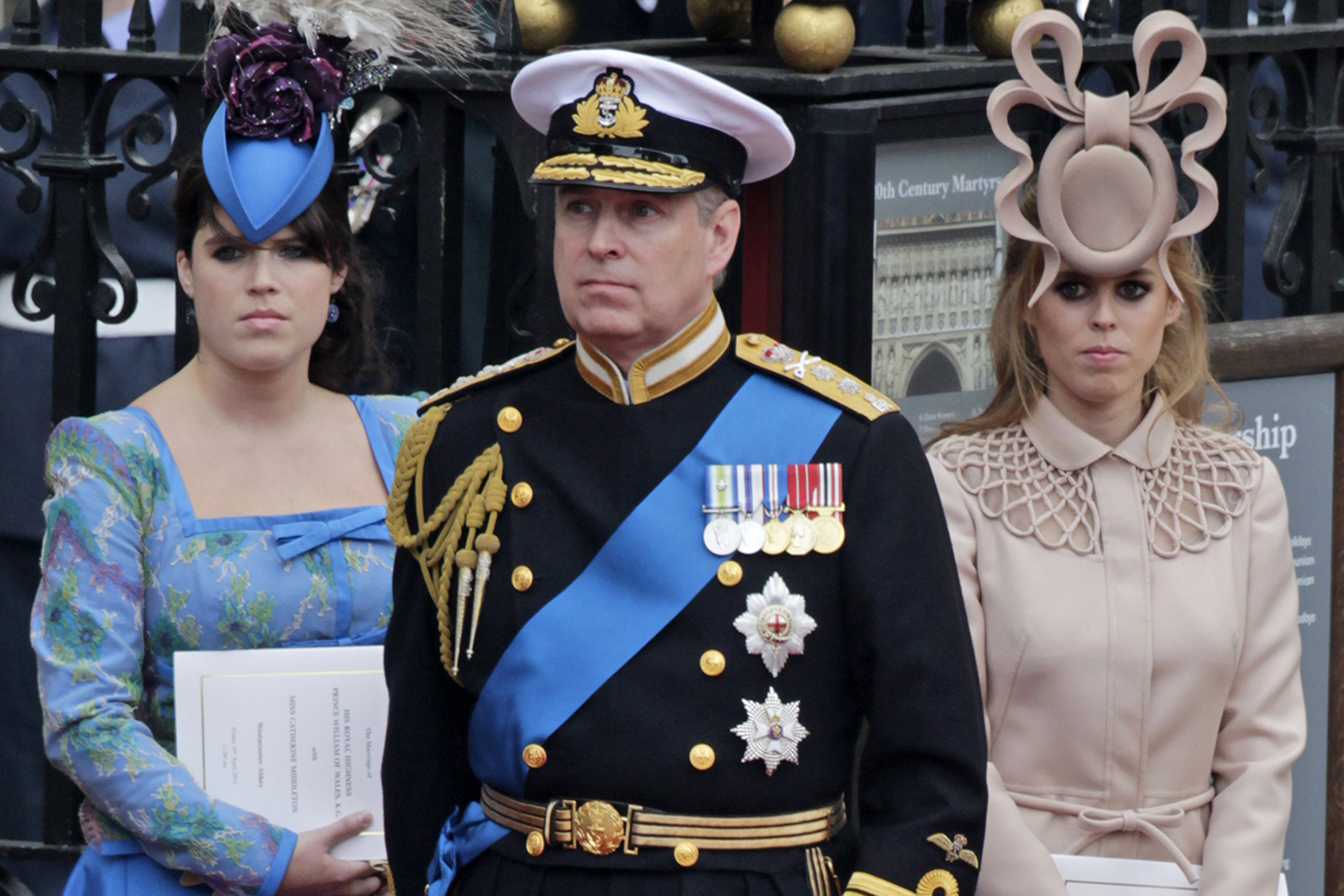 Speaking to the Evening Standard, she said: “I deeply regret Jeffrey Epstein became involved in any way with me. I abhor pedophilia and any sexual abuse of children and know that this was a gigantic error of judgment on my behalf.”

Sources later told the Daily Mail that Epstein was so furious by the use of the term “pedophilia” that he attempted to sue Fergie.

Despite their close relationship, Andrew apparently didn’t listen to Fergie ahead of his now-notorious interview with the BBC in 2019, when he claimed his inability to sweat proved he was telling the truth about Giuffre. No fan of the BBC, she reportedly told him to pick a US network and keep it quick.

Although Fergie is believed to be back in the fold now, the Queen’s late husband, Prince Philip, was allegedly not a supporter of hers. He reportedly had Fergie barred from royal events after her split with Andrew and demanded he never be required to be in the same room as her. 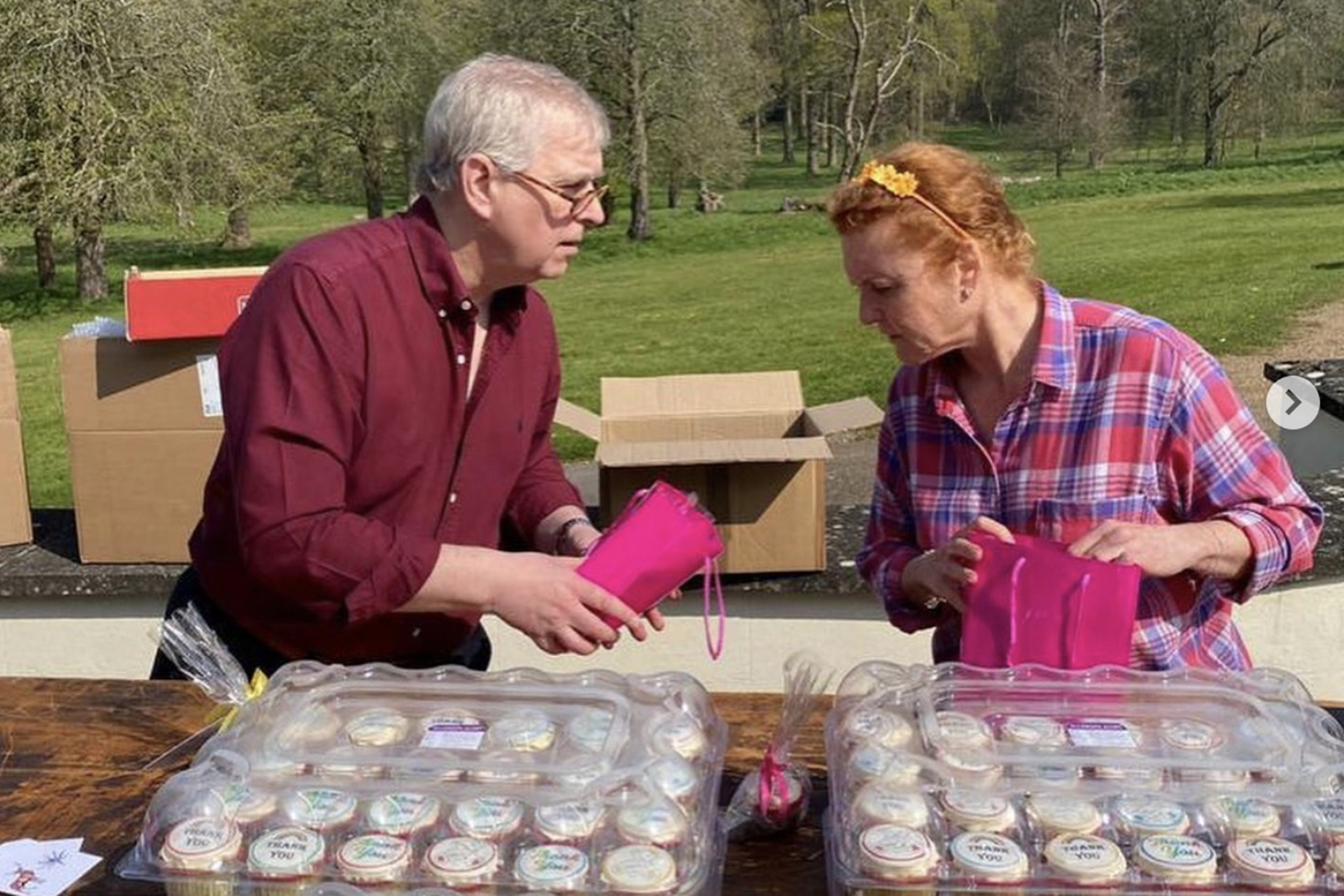 “It used to be the case that when the Queen invited Fergie and the girls up to Balmoral, [Philip] would disappear and go to the Isle of Wight because he didn’t want to be in the same place as her,” the UK Telegraph’s Camilla Tominey has said.

However, in August, Fergie explained on the podcast “Tea with Twiggy” that she considered the queen to be “the greatest mentor” and “the person who believes in me,” saying: “I think to myself that, honestly, my mother-in-law has been more of a mother to me than my mother. [She’s] never faltered.”

Joe Little, managing editor of Majesty magazine, told The Post that Andrew and Fergie are believed to have seen the queen over Christmas, although they did not share the traditional holiday lunch with her. “Andrew continues to be a source of comfort to [the queen,” he said, “although at the same time he is no doubt a considerable worry to her, due to the situation he finds himself in.”

As the couple now waits to see whether the Giuffre case will go ahead, Fergie made it clear she is now repaying Andrew’s loyalty. “None of my life is duty. It’s because I feel it,” she told the Financial Times. “I want him to come through this. I want him to win.”