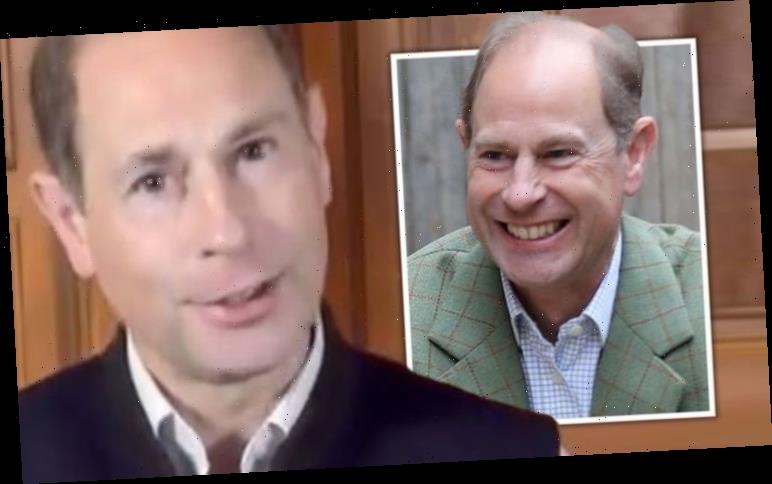 Prince Edward, 56, is Queen Elizabeth II and Prince Philip’s youngest son and the only one of their children to have pursued a career outside the Royal Family. Prince Edward had his own TV production company before becoming a full-time working royal in 2002.

Since Prince Philip’s retirement in 2017, Edward has taken on an increasing number of his father’s royal responsibilities and on Wednesday was in charge of announcing this year’s Prince Philip Award winners.

“London Funders has supported @LondonYouth’s services and clubs for young people, enabling them to stay open and operational during the COVID-19 pandemic.” 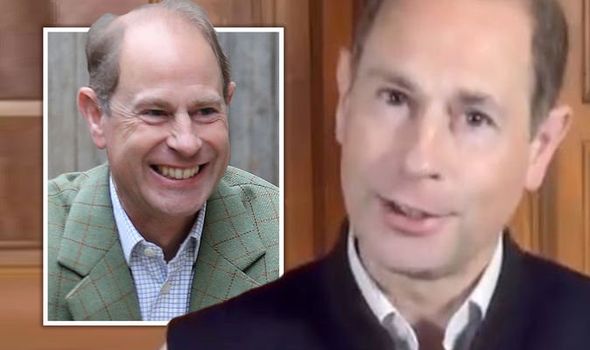 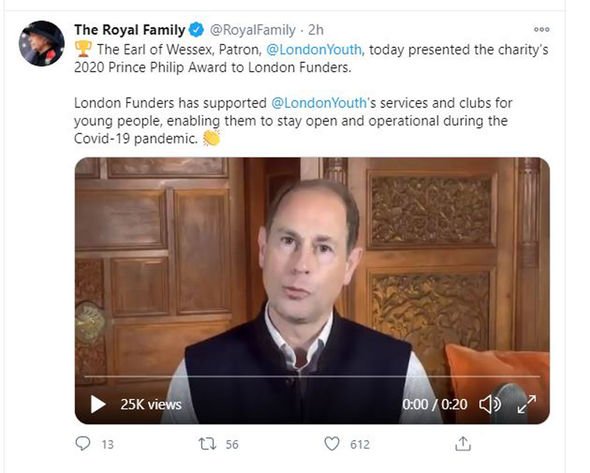 According to a body language expert, Edward displays a new side to his nature in the clip.

Prince Edward is lower down the line of succession than other working royals and is seen speaking in public less often than more senior royals.

Before Edward was a working royal, he worked in TV production and one of his most memorable projects was staging It’s a Royal Knockout in 1987. 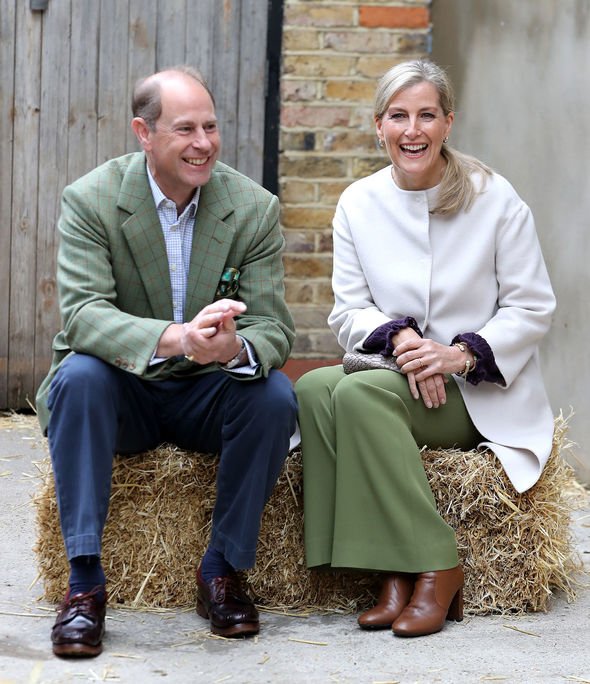 The show was widely-deemed a disaster as was Prince Edward’s reaction to journalists following its filming.

Actress Toyah Wilcox, helped Edward organise It’s A Royal Knockout and has since spoken about his surprising reaction in a documentary.

According to Ms Wilcox, it wasn’t the TV programme itself that was “disastrous” but Prince Edward’s reaction when the event concluded.

Accepting that the event was “pilloried”, she said: “I believe, for one second in time, it turned, there was a tipping point.”

The actress added: “Prince Edward didn’t want the press milling around and he went into the press tent and just said ‘no, you guys are staying here’. The whole atmosphere just flipped.”

In an episode of Channel 5’s Now That’s Embarrassing: The 80s, Ms Wilcox recalled how the assembled journalists responded with nervous laughter when he asked what they thought of the show after the event and Prince Edward stormed out of the press conference, sarcastically thanking the journalists for their enthusiasm.

Ms Wilcox said: “They were hot, they were hungry and they had not seen anything in the flesh so they didn’t give him any reaction.

“They just dissed him and he lost his temper. That is the moment that is remembered of the whole event.” 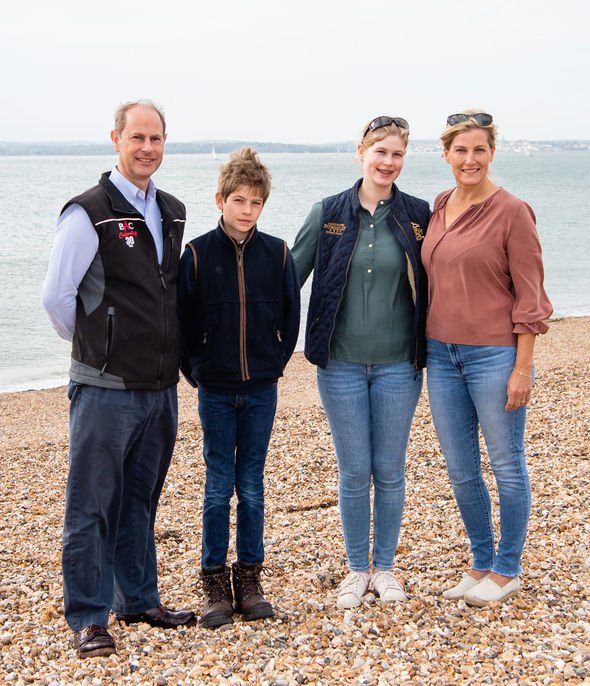 According to body language expert Judi James, the Prince Edward fans see in this latest video couldn’t be further from the hotheaded prince who once stormed out of a press conference.

Body language analyst Judi James told Express.co.uk: “For royal fans and the public this is possibly the first sighting of Edward speaking in front of the camera since his disastrous press conference following It’s a Royal Knockout.”

Judi claimed that while Edward has hardly aged physically, he shows a more mature side.

The expert said: “Incredibly he doesn’t look much older now, although he does appear more mellow and even jovial as he steps into his father’s rather formidable shoes to present some awards.”

Judi claimed the Earl exhibits some signs of “nerves” in the new clip.

She said: “There are a couple of signs of nerves: firstly in the way Edward reads his lines rather self-consciously and secondly in the way that his top lip appears rather frozen.

“These things can happen easily during an important presentation, but his emphasis on certain words and the way he throws a pause before raising his brows, tilting his head and smiling, make him look accessible and quite jolly.”