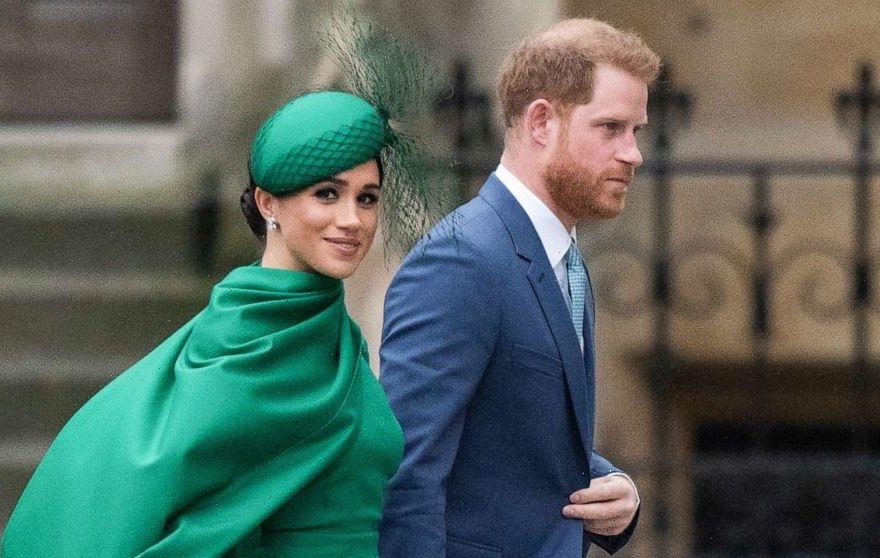 More than one year after stepping down from their royal roles and moving to America, Prince Harry and Meghan, the Duke and Duchess of Sussex, are “thriving,” according to Omid Scobie, co-author of “Finding Freedom,” a book about the Sussexes’ life together.

The couple, however, has not managed to heal the well-publicized rift between Harry and his family, particularly his father, Prince Charles, and brother, Prince William, according to Scobie.

“When we speak to sources close to the couple and also sources close to the royal family, there is this feeling that very little progress is being made,” Scobie told “Good Morning America.” “However, some feelings have subsided because time has done its things, so the door is very much open for those conversations to happen at some point.”

The last time Harry and William were seen together publicly was in July, when Harry traveled to the U.K. for the unveiling of a statue of their late mom, Princess Diana, on what would have been her 60th birthday.

The reportedly estranged brothers lost their mom 24 years ago Tuesday after a car crash in the Pont D’Alma Bridge in Paris. William and Harry were 15 and 12, respectively, at the time.

Describing what will need to happen for the family relationships to be repaired, Scobie added, “I think one thing was clear from both sides is that everyone feels that some accountability and ownership in each other’s roles in all of this has to be taken for people to move forward. Whether that happens, we shall see.”

Scobie, an ABC News contributor, and his co-author, Carolyn Durand, a former ABC News producer, have released a new paperback version of their book, “Finding Freedom,” which takes a close look at how life has changed for Harry and Meghan since they left royal life and moved to California.

“Who can forget Meghan saying, ‘It’s not enough to survive, you have to thrive,’ and I think this is that time where they’re thriving and they want to show the world how they’re doing it,” said Scobie, who describes Harry and Meghan as “very much in control” of their lives today.

Prince Harry and Meghan famously spilled the details of their exit from royal life last spring in a blockbuster interview with Oprah Winfrey.

The Sussexes — who spoke candidly in the interview about mental health struggles, family tensions and alleged racism they faced — were “desperate to get their story out there,” according to Scobie.

“It was the one thing they weren’t allowed to do, you know, that never complain, never explain mentality, or the mantra of the royal family, applied to them as well,” said Scobie. “So any time that they wanted to speak up, whether it’s to correct the story in the tabloids or to simply put their feelings and thoughts out there, the answer was always no.”

Once Harry and Meghan were on their own, “it was very much the time being now for them to actually speak up and try and speak to some of those moments that many of us perhaps didn’t understand over the last couple of years,” explained Scobie.

“There was this feeling that the couple had walked away from the monarchy because they just wanted more. They wanted to earn money in a different way,” he said. “But actually what we heard was a story that helped us understand why they were so unhappy within that space as well, not only dealing with racism, but having their mental health suppressed or ignored by certain quarters of the institution.”

“Those are things that are untenable for anyone, but we just didn’t know at the time it was happening [that’s what] was going on behind palace walls,” Scobie added.

In “Finding Freedom,” the authors say it was the courtiers who were fiercely protective of the royal institution and who mishandled Meghan and Harry, who is sixth in line to the throne.

“Those that work for the institution of the monarchy have one job, and that is to sort of uphold the values of the crown and maintain the image of the crown,” said Scobie. “The focus is always going to be on the crown, and Harry and Meghan found themselves victim to that many times over because, ultimately, they are not the crown.”

The family of four lives near Santa Barbara, California, where Harry and Meghan have continued to grow their production company and charitable organization, Archewell.

“One thing that was said to me very early on when the couple met was this is a couple that want to change the world in whatever way they can, they just need to figure out how,” said Scobie. “And I think what we’re seeing right now is them having figured it out.”

“The Sussexes are clearly in a new chapter. I feel like we’ve told as much as this story as we can, and they’re clearly in control of their narrative,” he added. “Now I think that when and if we hear more of their journey towards healing these family relations and the issues that they’ve faced, it’s going to be from them themselves.”