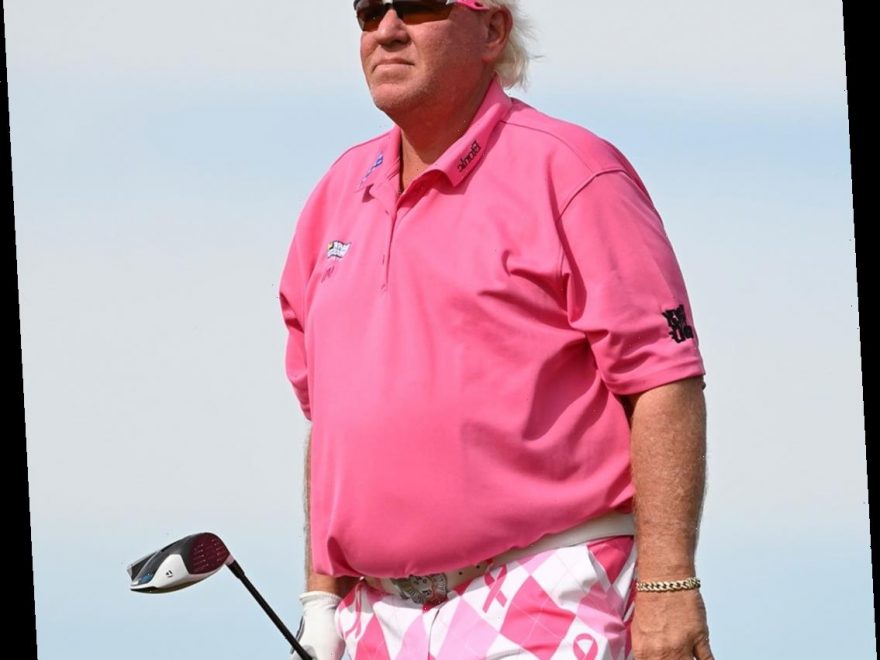 Pro golfer John Daly revealed Thursday that he has been diagnosed with bladder cancer.

The two-time major champion opened up to the Golf Channel about his diagnosis, telling the outlet that he had been battling kidney stones and back pain in recent weeks and consulted a doctor.

“(The urologist said) it doesn't look like any stones are in there. But unfortunately, you have bladder cancer,” Daly, 54, said. “After I did the CT (scan) I was fixing to sip on my Diet Coke and he said, ‘Don't drink anything. We have to get you back in here and get this cancer out of you.’ ”

“He said there's an 85 percent chance it comes back,” he continued. “So I've got to go back and see him in three months. They will probably have to cut it out again. It's probably going to come back, and then another three months that you don't know. You just don't know. Luckily for me they caught it early, but bladder cancer is something that I don't know all the details. But it doesn't look like it may go away. We will just see what happens. Maybe there's a miracle.”

Daly also addressed the news on his Twitter page Thursday evening, writing, “Hey All, thank you all so much for all the love, texts, msgs & support thru this! It’s all still shocking for me but know I’ll do what I have in me to beat this! My whole life I’ve beaten the odds, so it’s NOT time to stop now! Ready for 2020 to be fkn over! #gripitandripityall”

He told the Golf Channel that in light of his diagnosis, he plans to make some lifestyle changes, including cutting back on his soda habit and trying to quit smoking (the athlete has been known for pulling out a cigarette on the golf course).

“I'm cutting way, way back on the Diet Coke and counting minutes before I can have a cigarette. I'm trying to quit smoking,” he said. “The doctors aren't saying it's too late. Unfortunately, it's a cancer that keeps coming back. But I'm going to listen to them, and I'm going to try and quit smoking. If it comes back, it comes back. Six months to a year, if it doesn't go away, I'm going to live my life. I'm gonna have some fun.”

“Well you know what, I always tell people I've lived one hell of a life. No matter what happens, I'm not scared to die or anything,” Daly added. “It would have been nice to play the last seven or eight or 13 years of my career a little more healthy. But hey, I'm still working, I'm still living life, I'm still doing the things I need to do. … I can accept the challenge. I'm not scared of that. I just want my kids to be OK and everyone else in my family.”