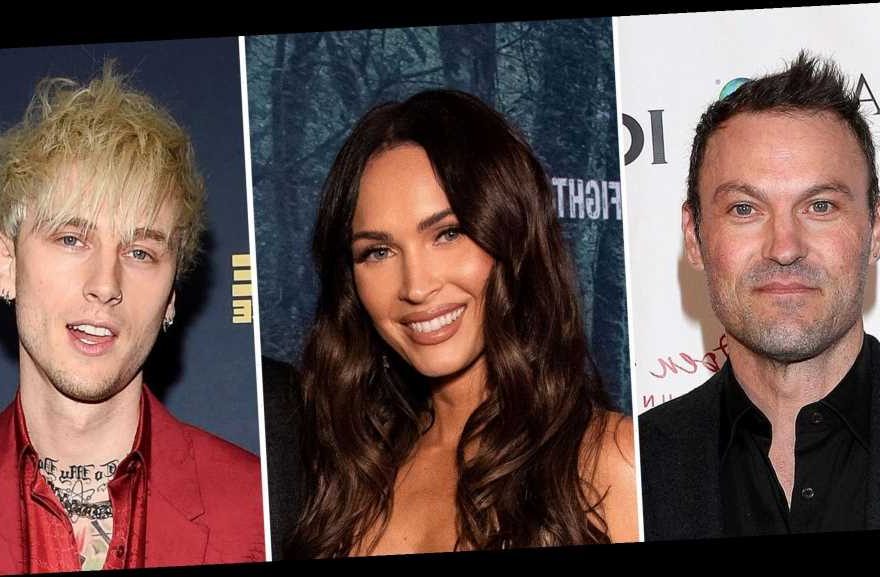 Keeping his head up! Brian Austin Green is focused on the future after his split from Megan Fox, who has since gone public with her romance with Machine Gun Kelly.

“Brian isn’t devastated by their split anymore, as they have been through breakups and splits a few times now,” a source exclusively reveals in the new issue of Us Weekly. “He doesn’t care that Megan and MGK have been flaunting their relationship publicly and is trying to focus on his own life and obviously dating a few other girls in public himself. He’s not taking it personally.”

The Beverly Hills, 90210 alum, 47, announced on May 18 that he and the Jennifer’s Body star, 34, had called it quits on their nearly 10-year marriage. The now-estranged couple previously separated in 2015 but dismissed their divorce case four years later.

Us broke the news in June that Fox moved on with the “Bloody Valentine” rapper, 30, whom she met on the set of their upcoming movie, Midnight in the Switchgrass.

“Megan cut the chord with Brian and was just over it,” the source tells Us. “It had to do with her meeting MGK, but both of them know it was finally time to call it off. Brian is happy and is enjoying not having to deal with constant drama.”

Green, for his part, had short-lived fling with Courtney Stodden in June and has also been linked to Tina Louise. He met both models over social media.

“I had no idea that Instagram was so much of a dating site until I was single,” the actor said on the “Hollywood Raw” podcast in August. “Up until then, I posted pictures of benches, trees, the ocean and my kids doing stuff here and there. I was a total married dad on it. All of a sudden I started getting DMs when Megan and I separated. [The DMs] started flowing in instantly, no shame in their game at all.”

While a source told Us in July that Green and Louise, 39, were “taking a break from their relationship,” they sparked reconciliation rumors when they were spotted together again on Monday, August 31, at a beach in Los Angeles.