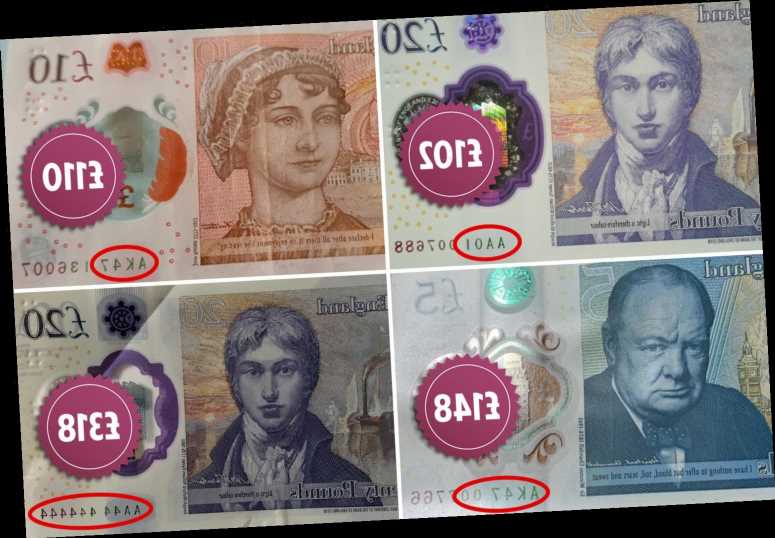 THE bank notes in your wallet could be worth up to £318 online – but only if they have an interesting serial number.

The Bank of England today announced when the new polymer £50 notes will finally be entered into circulation. 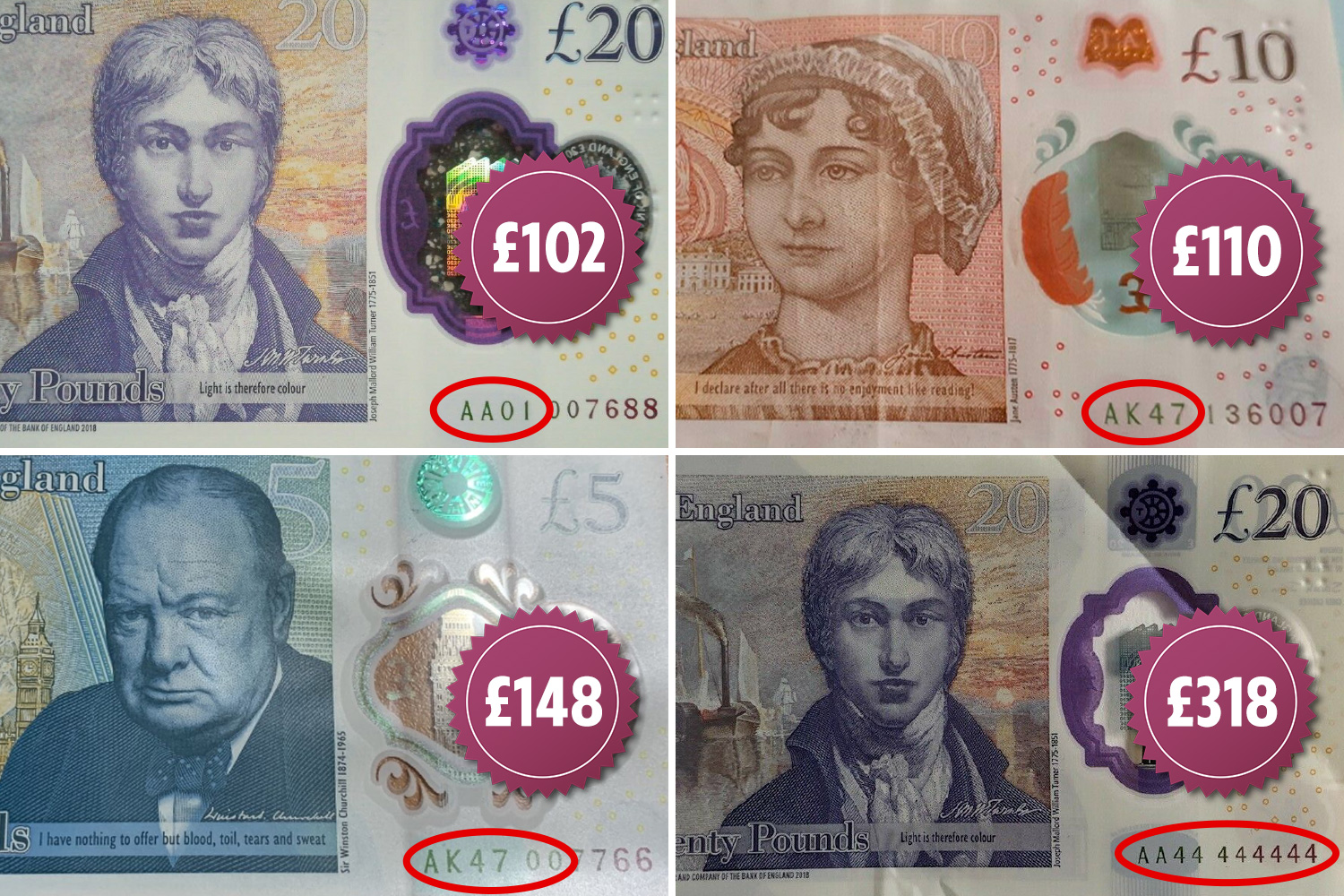 The last of the plastic notes series will feature World War II Enigma code-breaker Alan Turing and will be released on his birthday on June 23, 2021.

To celebrate the launch, spooks at GCHQ have published their toughest ever puzzle to posthumously honour the mega-mathematician.

Even though collectors still have a short way to go before getting their hands on one, some of them could be worth hundreds of pounds.

This is because banknotes with significant serial numbers on them are often sought after by collectors – we know this from previous releases of the polymer £5, £10 and £20 notes.

While we wait for the launch, we take a look at the notes that could turn up in your change today that could be worth a small fortune on eBay.

What do serial numbers on bank notes mean?

THE first four letters and numbers on a serial number is known as the “cypher”, according to the Bank of England.

The cypher, which is the AA01 part of the code, represents the note's position on the sheet when it was printed.

The serial number is the six numbers that follow the cypher refers to the sheet that the note is printed on.

For example, there are 60 polymer £5 banknotes on each sheet  and the first run had the cypher AA01 to AA60.

That means, there will be just under 60 million notes beginning with "AA", before the cypher changes to "AB".

No banknote has the same serial code which is why they can be worth a lot to a collector if you've got an interesting one. 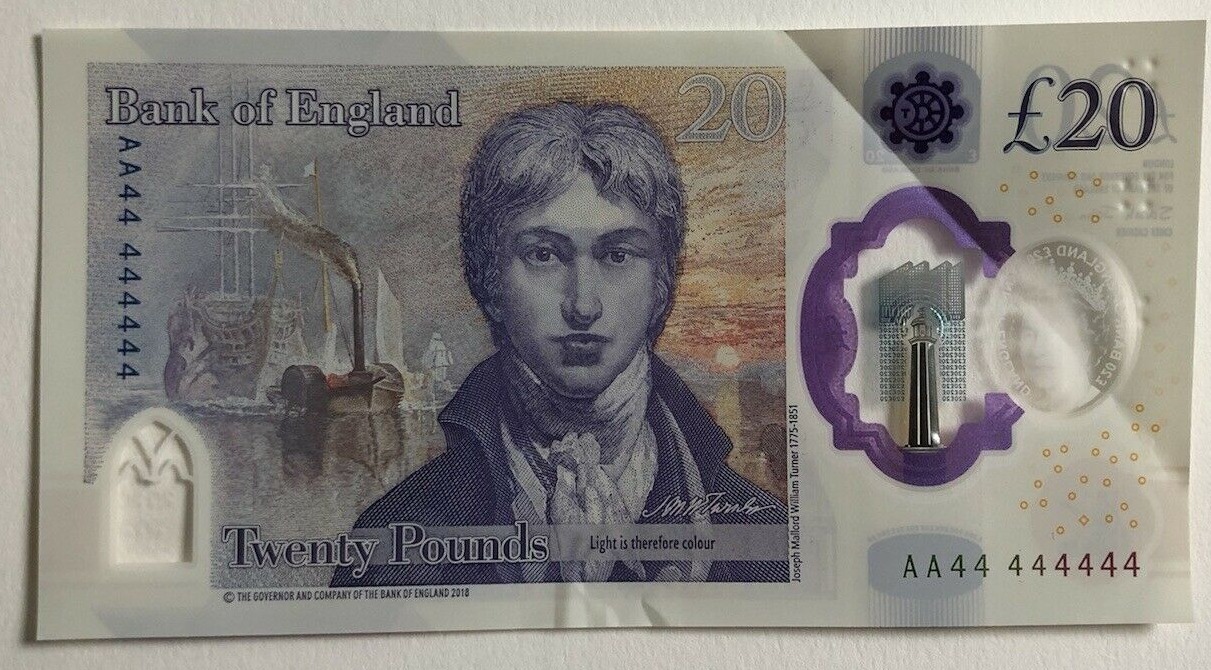 Bank notes with striking serial numbers are often worth more to collectors than those without.

The note was listed on the auction site for £25, with the price shooting upwards after receiving 16 bids. 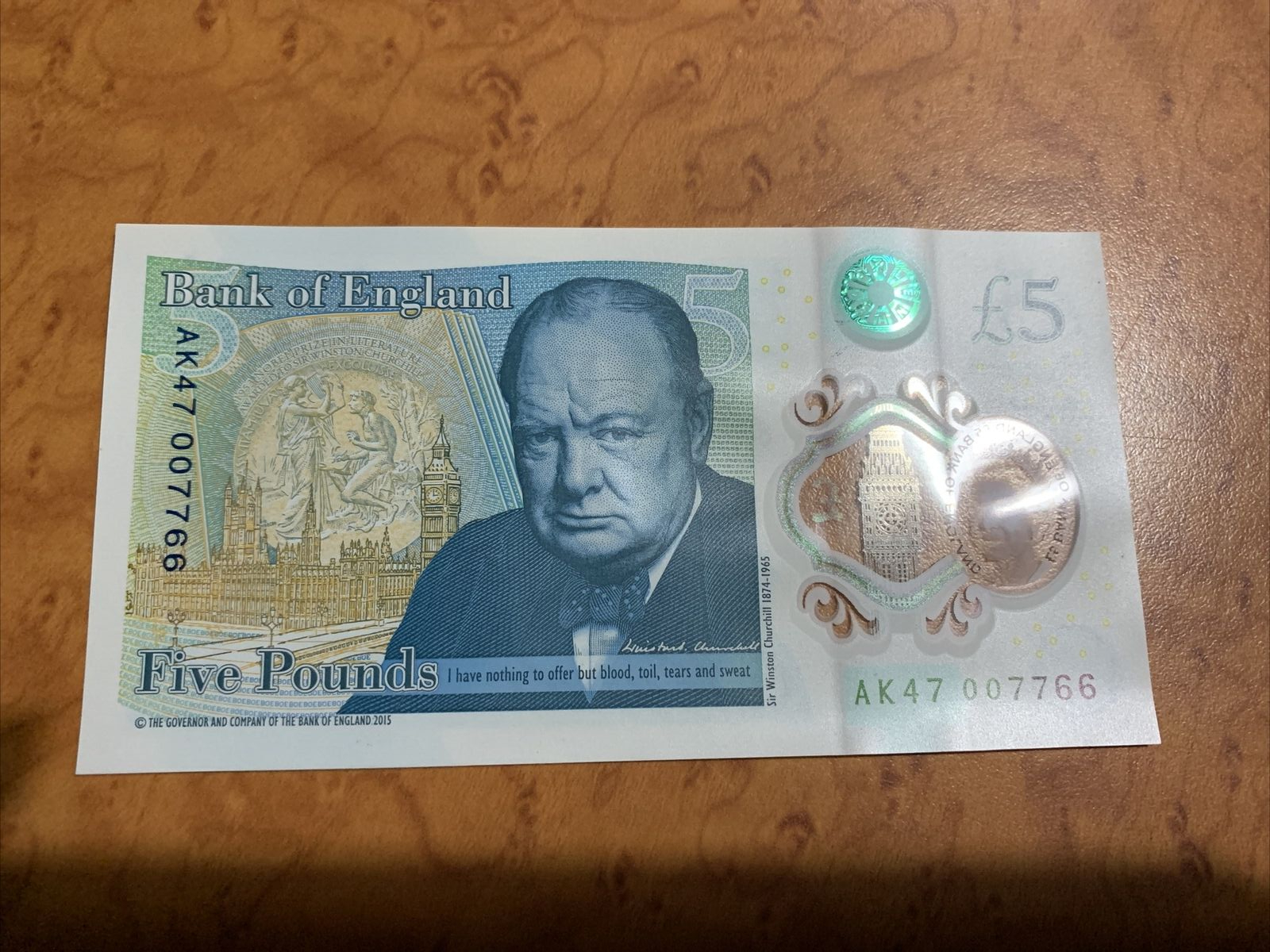 Many collectors are interested in notes that with an AK47 serial number, and they can typically sell for around £90 on eBay.

This is because an AK47 is a type of gun, particularly popular thanks to wannabe gangsters and the machine gun connotations.

But pair it with James Bond's agent number 007 in the same serial code and your note is instantly worth more.

This particular fiver sold for £147.47 on eBay in February after fetching two bids. 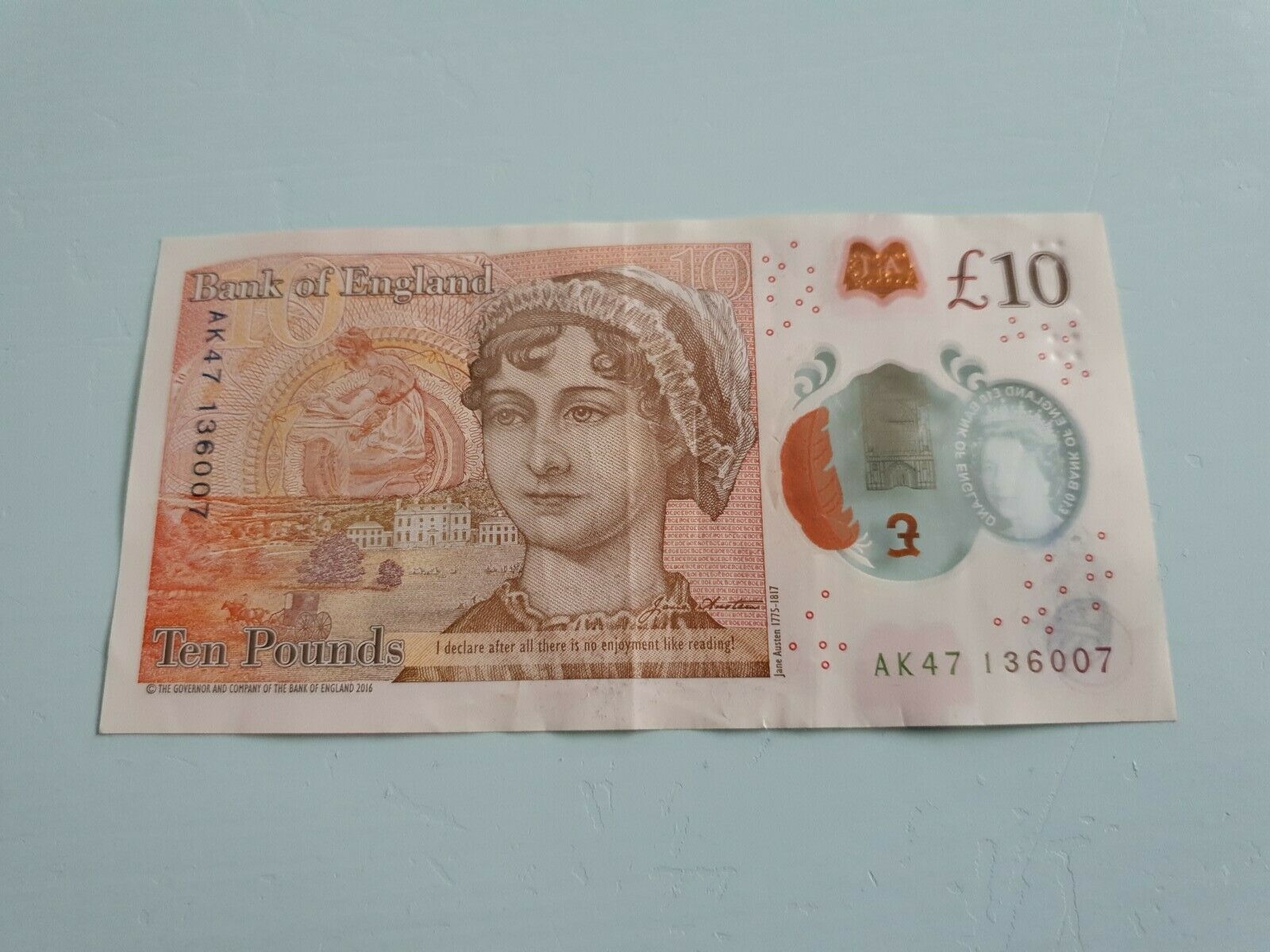 Bank notes with an AK47 serial number sell for a small fortune on eBay, even without the 007 appendix straight after the gun name.

But beware if you're selling a similar one on eBay.

Back in 2016, we reported how Gareth Wright had sold his AK47 fiver for £80,000 online, only for the buyer to not cough up the cash and take the mick.

JMW Turner with low serial numbers – up to £102 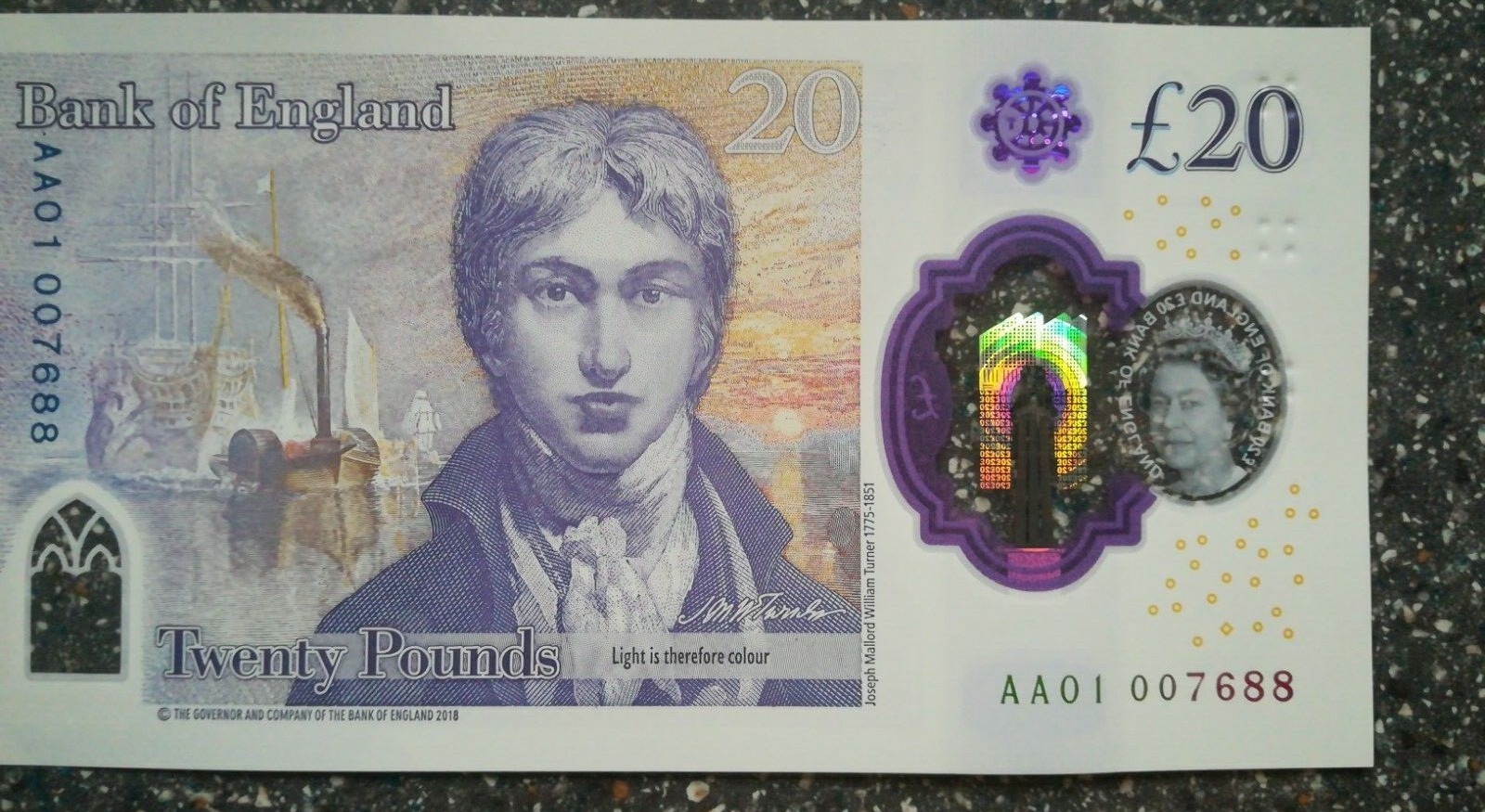 Notes with a low serial number, which typically start with the code AA01, show that they were some of the first to be made making them valuable.

While some of the earlier £5 and £10 notes sell for more on eBay, the JMW Turner notes tend to typically sell for more.

It may have sold for even more than usual because the low serial number is followed by the James Bond 007 symbol.

New £10 notes with low serial numbers starting with AA01 are valuable to collectors too.

One sold on eBay earlier this year for £67 – almost seven times its face value.

However, the note had been circulated and the seller said it has some light creases on it.

Perhaps if it has been in a more mint condition, the note would have sold for more. 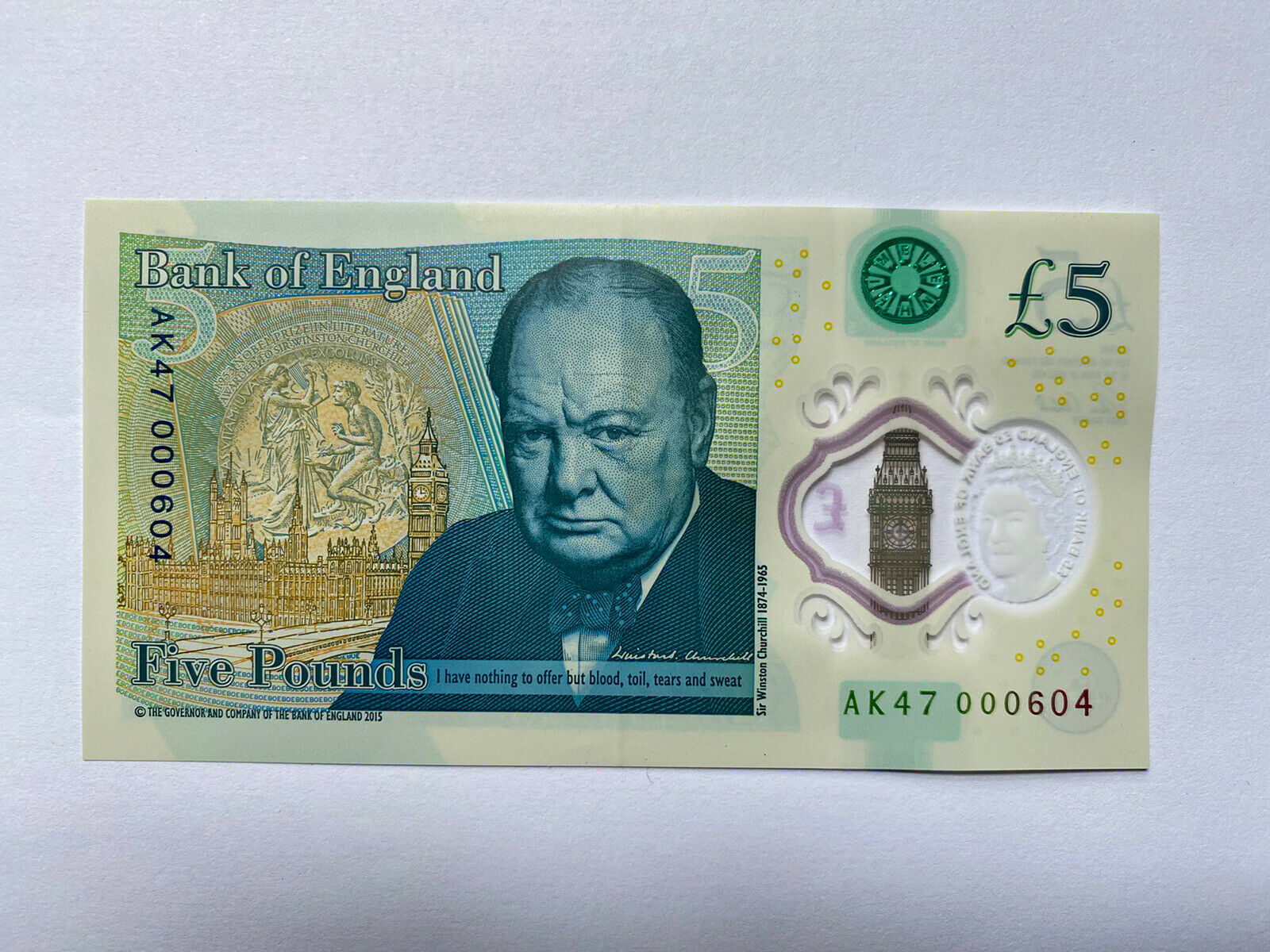 It's not just £20 polymer bank notes with an AK47 serial number that sell for inflated prices online.

A Winston Churchill £5 note with the firearms serial number fetched £57 when it went on sale in February.

The fiver attracted 18 bids before eventually selling for almost 12 times its face value. 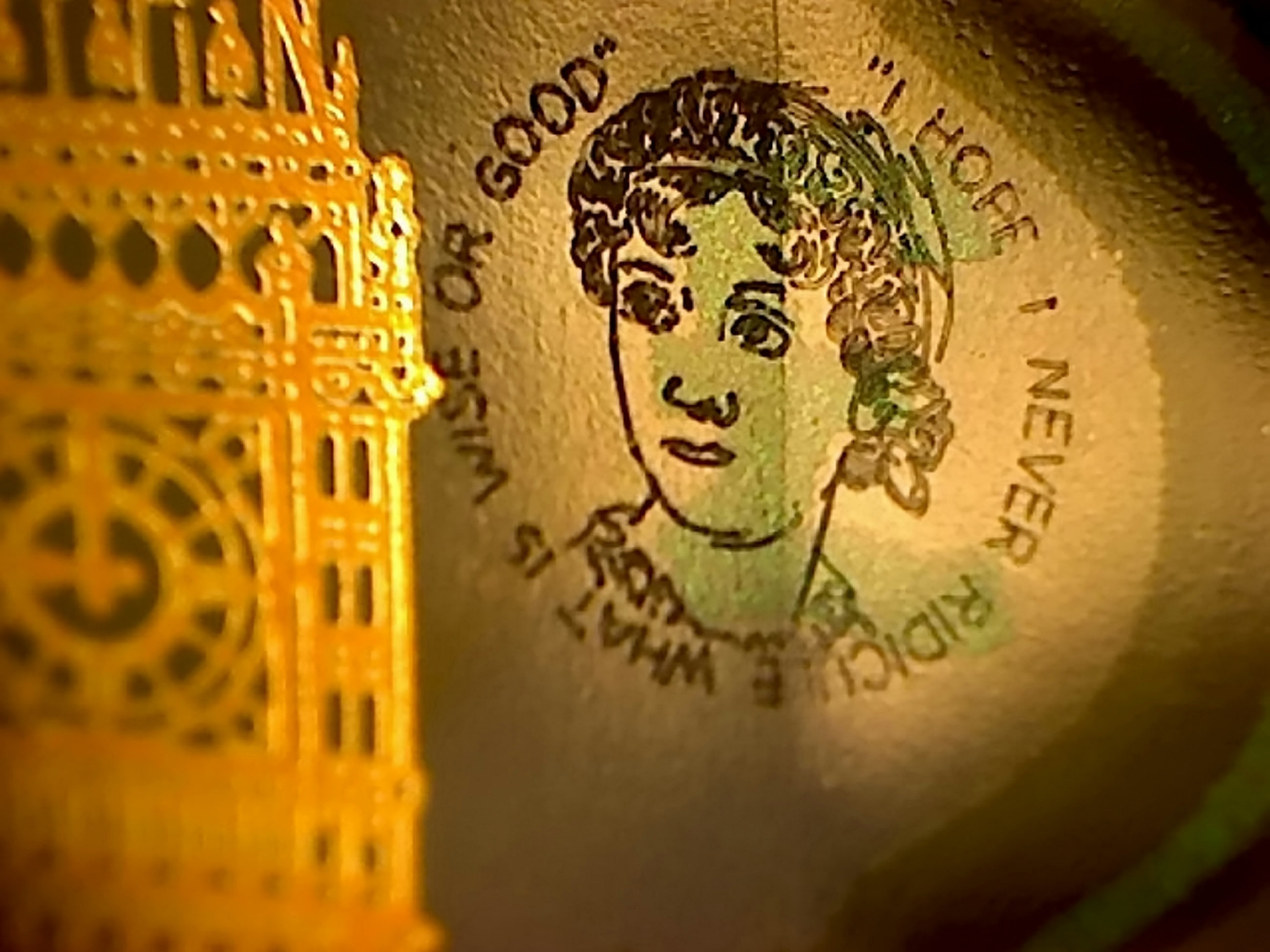 Back in 2016, the Bank of England launched the new polymer £5 note, which featured the face of former-British Prime Minister Winston Churchill.

They were the first polymer notes to be released into circulation.

But micro-artist Graham Short took matters into his own hands when he engraved a tiny portrait of author Jane Austen into the hologram on five of the notes.

One of them was donated to the Jane Austen museum but the others then spent the notes in local stores and cafes around the UK, before letting the public know what he'd done.

After being estimated to be worth up to £50,000 each, the nation embarked on a treasure hunt – three out of four of them have now been found.

But despite the hefty valuation, the most one of them sold for was £5,000 at a charity auction.

This week, the Royal mint launched a new coin that features Britannia – the female warrior who symbolises Britain – as a woman of colour.

Need a little extra cash? You could be sitting on a fortune – if you’ve got a rare £1 coin hiding in your wallet.