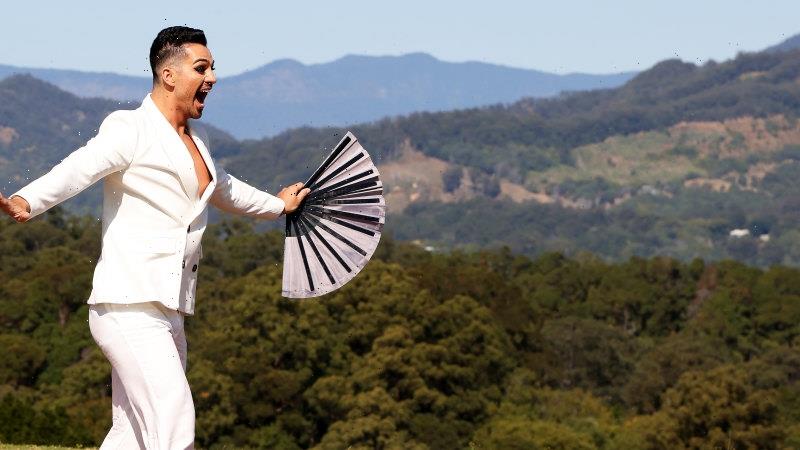 It was another eating challenge earlier this week on I’m a Celebrity…Get Me Out of Here: beach worm, scorpion, a combination of cockroaches and crickets on camel liver, huntsman spider and mealworm, and carbonated cow urine wee on the menu. The hapless contestants swallowed and vomited repeatedly, with the heaving by country singer Brooke McClymont particularly horrifying. I’ll leave you to concoct your own metaphor about the regurgitative nature of reality television.

This is the eighth season of Ten’s Australian edition of the I’m a Celebrity template, and it is familiar to the point of concern. Yes, there are new faces (both in terms of identity and cosmetic work) and new bugs to eat (the show is shooting in northern NSW, not South Africa this year). Each year the show is the opening salvo in television’s reality arms race, which gives 11 months to forget about it so that we’re mildly curious when it launches back up. 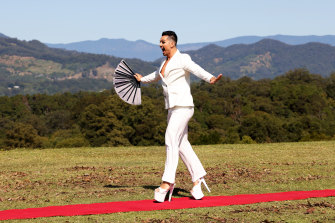 The producers are doing their best, but the format doesn’t allow for radical change. This is a five days a week show where some mildly famous people and some not very famous people willing to do anything to become famous hang out at a campsite to play games and explain themselves to each other. There is pettiness, bizarre coffee withdrawal, and mild physical endurance tests. The network’s bet is that during a pandemic this will be a fun distraction.

The gambit of having a fake celebrity, fabulous influencer and shoe designer “The David” (David Subritzky), lasted just the first week, with several contestants including celebrity chef Poh Ling Yow in on the deception. It was a self-aware ploy, as every year the show’s definition of celebrity is mocked, but nothing came of it – the ruse was revealed and The David became David. Get us a Beckham on the show and you’ve got The Actual David.

The inability of some of these contestants – who are paid to play for charity – to see anything outside their lens of experience is staggering. There are interesting perspectives in the group, such as former Olympic swimming star Emily Seebohm, but they always circle back to their own outlook. Having someone who can identify this, as former Collingwood AFL coach Nathan Buckley does, and speak to this solipsism is I’m a Celebrity’s best trait so far. 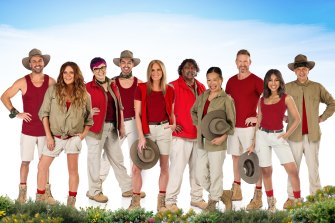 “You can control your reactions,” Buckley told imported British reality star Joey Essex, who along with former NRL star and TV host Beau Ryan had a meltdown over missing out on a cookie that included the immortal retort, “it’s not fair, it’s human rights”. Essex and Ryan are fast friends who are living out their Zoolander fantasies – apologising for their tantrums, the pair suggested their campmates sort them out in the future by getting them to do their signature dance. This is the show’s allure: the chance that the stupidity will be sublime.

There are serious conversations, and revelations (some deeply held, some rehearsed) that the viewer can vicariously enjoy, but they are brief and often derailed. A discussion where Buckley talked about systematic racism, an issue that Collingwood was exposed on, was side-tracked by whether there were any gay footballers in the AFL and NRL. Celebrity isn’t just in the title, it’s the very currency of this series.

No one has been voted out yet, so I’m a Celebrity is not yet at full speed. Former Recovery host Dylan Lewis is free to be all of Jim Carrey’s facial expressions at once, while comedian Cal Wilson is the thoughtful foster mother to the neediest in camp. Fans of the show find their favourites over time, but hanging in that long isn’t likely for many, as indicated by the middling ratings to date. Turning off is a human right we all have right now.