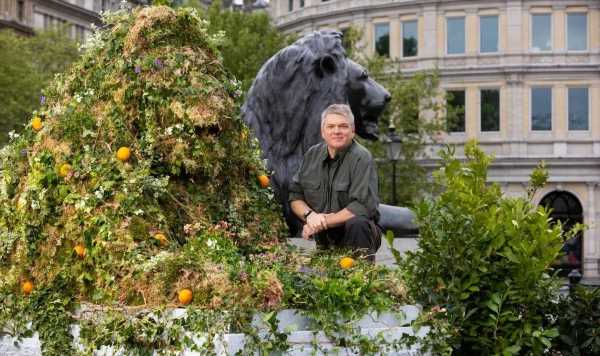 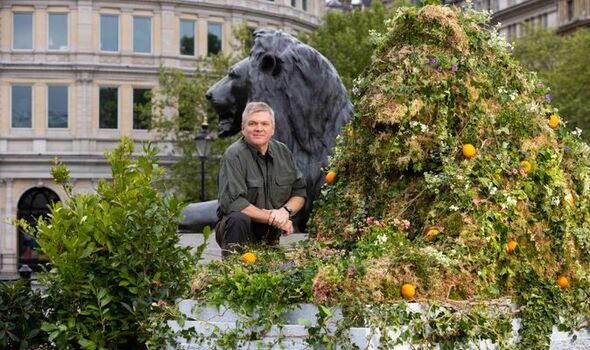 By making our gardens or even windowsills and balconies more attractive to insects, that in turn will bring in bigger creatures and reintroduce the birdsongs and wildlife once familiar to our grandparents.

And the bushcraft expert said introducing greenery to our grey urban landscapes not only benefits nature but also ourselves – by making us happier.

The idea of rewilding has entered the mainstream in recent years, even featuring in Radio 4’s The Archers.

However, some think it will lead to the disappearance of farmland and the reintroduction of “lost animals” that once roamed the countryside.

But Mr Mears said rewilding involves working with farmers and people across Britain.

He said: “It’s rattled the farming community – they say ‘You can’t rewild all the farms’ and of course you can’t. But that’s not what it is about.

“Rewilding is about increasing habitat and biodiversity which everybody, including farmers, benefit from.

“If there is one thing I have learnt in my lifetime travelling to wild places and meeting conservationists around the world, it it is that we are reducing biodiversity at an alarming rate.

“Every ecosystem on the planet is interconnected – we depend as a species on many other species around us. And these species depend on a lot of other things to help them.

“You only have to look at our food supply – we depend on a handful of crops.

“So it’s important to keep these webs of life as vibrant, diverse and active as possible.”

Mears, 58, whose interest in animals was sparked at the age of eight, wants people to reconnect with nature. This is why he has backed Innocent Drinks’s Big Rewild campaign.

Launched to protect and preserve two million hectares of land around the world, it has partnered with The Orchard Project in the UK to grow 300 city orchards a year.

He said: “It’s about connecting people with the concept that in their ordinary lives at home and in their gardens, people can help to create habitats for wildlife.

“Wildlife is not particularly choosy where it lives, provided the habitat is correct for it.

“We see peregrine falcons nested on city buildings, they just see them as cliffs. But it is important that we provide these places for wildlife habitation to have a toe hold in the world.

“If we rewild Britain, it can be as simple as putting up more hanging baskets and allowing some wild spaces in your garden, putting wildflowers in and enjoying them for what they are.

“That would bring in more insects and more wildlife and create opportunities.

“In the countryside we can connect up hedgerows and small woods, copses, we can leave undergrowth, encourage brambles, maybe even where possible restore some older practices in the countryside, some coppice work on a rotational basis to create the habitat that wildlife once had that we removed.”

In West Sussex where he lives farmers have already started to create wildlife corridors across vast tracts of land, connecting up patches of wildness.

He said: “That’s what we need to do and in doing so we will increase the biodiversity of bird- song we hear, we will start to see things our grandparents knew that we have forgotten about.

“But as well as capturing carbon, helping wildlife adapt to climate change and reversing biodiversity loss, it has a positive impact on our mental health.

He said the pandemic has shown how important green spaces were: “People who follow my work and like bushcraft found it more meaningful in the past couple of years, because it gave them a reason for being outside and doing things in nature.

“If we put more greenery and places for water in our urban spaces, not only will we help wildlife but we will make ourselves happier too. Being around greenery is good for us.”

He explained scientists studying the Japanese concept of shinrin yoku or “forest bathing” have shown it can help us both mentally and physically.

Devised in the 1980s to tackle depression and high suicides in the workforce, the simple relaxation technique involves being calm and quiet among trees while observing nature and breathing more deeply.

Mr Mears said: “If you wander aimlessly in nature – which is basically the concept – allowing yourself to respond instinctively to what you encounter, this can help to reduce your anxiety.

“So while it can’t cure you of something like PTSD, it can massively alleviate and punch a hole in the stress.”

While scientists are still trying to unravel the beneficial effect nature has on us, he said: “Nature is its own medicine and it should not become a surprise to us – it is only yesterday that we gave up being hunter gatherers in our history. So to be around green spaces, that’s what we evolved to live in.

“If we are sensible as we move forward with technology and modern lives, we should take this understanding and build greenery into our conurbations so we can live our modern lives but still connect to our roots.”

He said people of all ages should get out and enjoy nature, adding: “The benefits of green spaces are perhaps more important for people whose immune systems are ageing.”

His most recent book – We Are Nature: How to Reconnect to the Outdoors – was written to encourage people to look more closely at nature.

He explained: “When you do, your heart is filled with wonder “The more we can fill our hearts with wonder, the more we will respect nature and take care of it. It’s all about understanding. We have allowed nature to be pushed to the side in our cities and we need to bring it to the fore, because it is good for us and we need to reconnect with nature. “

Although he does not get involved in many commercial projects, he was happy to back the Big Rewild campaign. : “This is one of those remarkable companies who under no external pressure other than their own interest decided to take a step in a more ecological direction.

“I like that and we should support those efforts.

“When you talk to the people involved, they actually believe in what they are doing.

“We should encourage companies like that because that’s the way forward. It’s not to legislate to make things happen, but for things to happen because it’s the right thing to do.”