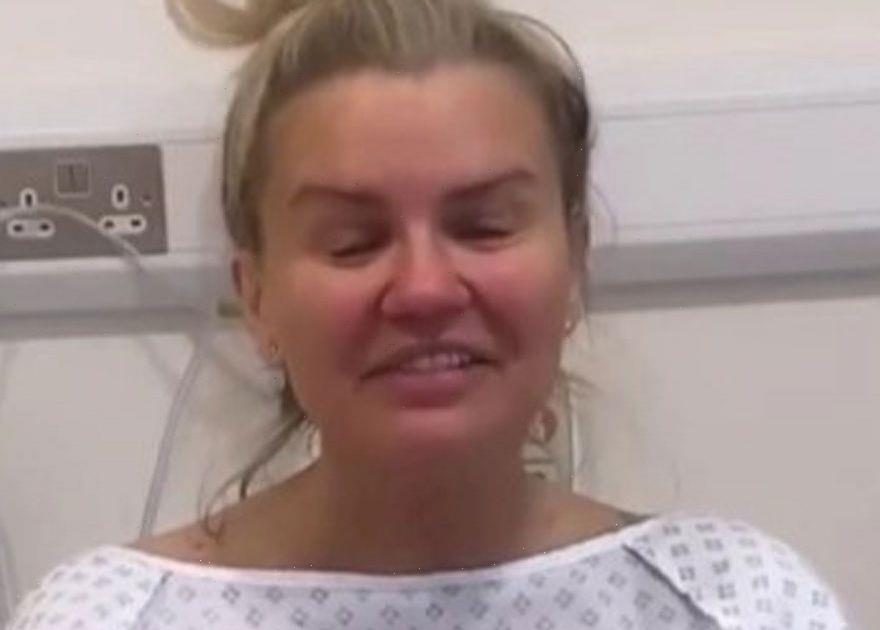 Kery Katona has revealed she's gone under the knife but felt "nervous" ahead of her breast reduction surgery.

The former singer, 41, explained that she was in "agony" due to her triple-D breasts and was now part of the "itty bitty t*tty club".

Kerry headed to Pall Mall Cosmetics for her surgery, with the clinic sharing updates of the ex-Atomic Kitten star on their Instagram profile.

In a video shared to their story, Kerry said: "Today is a big day of my joining the itty bitty t*tty club, I'm very excited, I'm actually a DDD, which is like an E, I'm hoping to go down to a C/D.

"I cannot praise Pall Mall enough they have been amazing with the pre-care and I can only imagine what the aftercare is going to be… Just as amazing, I am nervous, my mouth is dry."

However, the television star couldn't resist a pop at herself, joking: "I should be used to this by now, I've been sliced and diced that much I should probably give instructions.

"I'm like a flat pack from Ikea – that leg goes there, that t*t goes there."

Kerry was later seen having her blood pressure checked before the clinic shared a snap of her alongside her surgeon, Mr Prasad.

She explained: "I'm very nervous but I'm very excited because everyone's been so amazing and so lovely and made me feel better."

Clearing up any confusion, she took to her own Instagram saying: "Just to be clear, I had the op on Friday and I'm recovering very well,"

The NHS states that a breast reduction could take between two to three hours, depending on the amount of tissue, fat and skin that will be removed.

Recovery time for the surgery varies but it's estimated that it can take between two to six weeks to fully recover, with medical staff encouraging those having the surgery to take two to three weeks off work.

Kerry spoke about her struggles with her breasts last year, admitting she had reduction surgery but felt her boobs "kept getting bigger".

Writing in her new magazine column after a boob job, she said: "I'm not happy with it and I could actually cry because when I put a jumper on I feel like the Honey Monster, I don't want to have massive boobs – it's so nineties, people.

"But I'm having breast surgery again, I'm gonna cry because it's ruining my life.