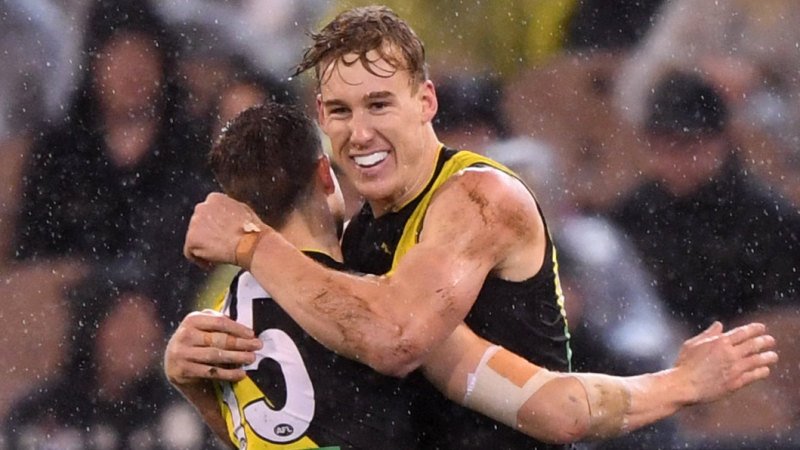 West Coast coach Adam Simpson described playing it as "the biggest test in the AFL": playing Richmond at the MCG.

This week, the Eagles will make the trip as the two most recent premiers face off at the MCG.

On The Age Real Footy Podcast, Bob Murphy, Michael Gleeson, Jake Niall and Caroline Wilson look ahead to a clash that will shape the first week of finals.

Plus, a look at two other crucial games that will have an impact on the top eight: Brisbane v Geelong – where the Lions are tipped as favourites – and Adelaide v Collingwood, where the Pies need something to change in order to help them ignite.

Meanwhile, after an absolute belting from the Bulldogs, the niggling questions around coach John Worsfold have become glaring ones. We discuss the pressure on the Bombers. Are there extenuating circumstances due to injury? What does the future hold for Worsfold? And what changes will we see in Essendon's footy department?

And a more immediate question: will they make the finals?

Also this week, the panel looks at which teams are likely to play finals and who will miss out. If both Port Adelaide and the Bulldogs make it to September, could they set the cat among the pigeons?

Plus, discussion about Jack Steven's playing future and where he might end up, whispers about how Matt Guelfi was injured, whether North Melbourne went too early on hiring Rhyce Shaw and much more.