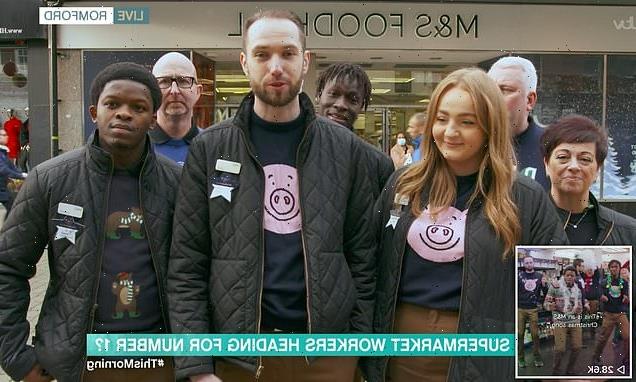 Not just any Christmas song! M&S staff who became unlikely TikTok stars with pop covers reveal customers ask them to sign autographs at work – as their festive song competes for number one

Staff at a Marks & Spencer store in Romford have revealed that starstruck customers ask for their pictures and autographs as their new festive song battles for Christmas number one.

Their festive tune, This Is Not Just A Christmas Song, has become their latest viral hit with nearly 500,000 views and is up against A-list musicians for the top chart spot this year.

While the group reached number 12 on the iTunes charts last Thursday, the festive song is not currently on the Apple chart of the most-played songs in the United Kingdom.

Appearing on ITV’s This Morning today, supermarket worker Jack said their regular customers are loving the store’s taste of fame and he’s ‘quite confident’ their tune can become Christmas number one. 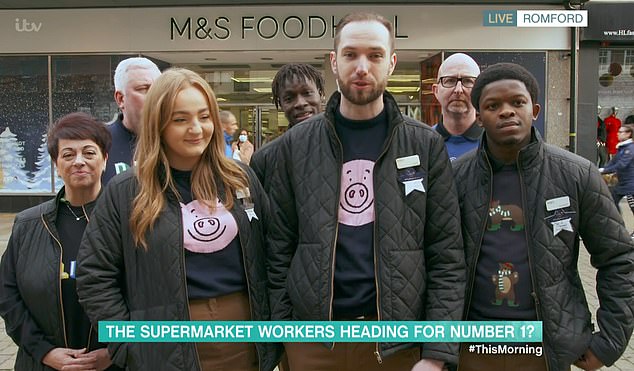 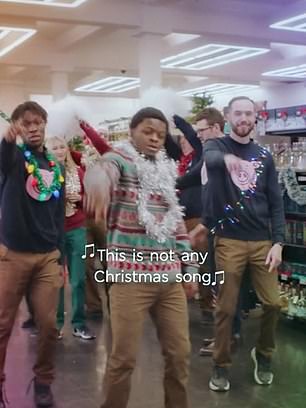 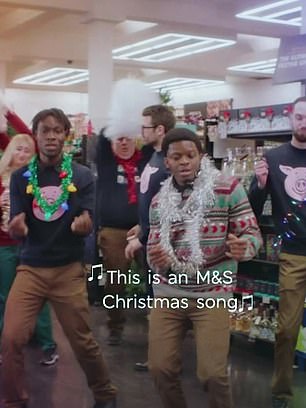 The video for their festive song (pictured), titled This Is Not Just A Christmas Song, has become their latest viral hit with nearly 500K views and is up against A-list musicians for the top chart spot this year

‘It’s amazing. Everyone comes in, they love it’, he said. ‘They want us to take pictures with us, they want us sign receipts, it’s crazy at the moment. I’ve been asked a few times [for autographs], a few of us have been asked.’

The group, who go by Team Romford, began their TikTok account from the Marks & Spencer in London’s Liberty Shopping Centre in January this year.

They shot to fame with hilarious videos of staff members recreating trends from the app’s viral sounds as well as creating funny clips using the store’s beloved mascot Percy Pig.

‘We kept going we went viral a few times on TikTok and decided to make the song and see what we could come up with, said Jack. 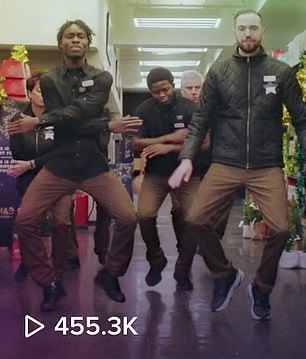 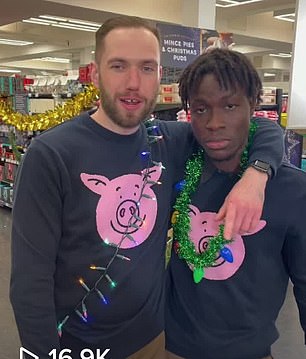 The east London group became unlikely social media stars, with the account boasting 1.5M likes and 58.8K followers, with their dancing videos, comedy clips and covers of pop songs. Staff are pictured during the video for their festive song 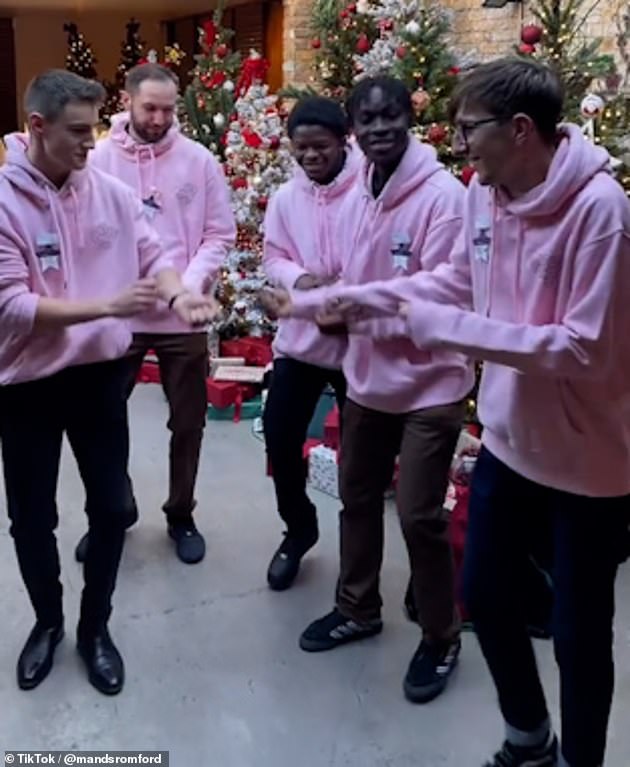 ‘We kept getting comments on our TikTok saying M&S crew for Christmas number one so I decided to go home and make it one evening and that’s how it started.

‘I just went home and wrote it myself. We were just talking about what we could do for Christmas and the song kind of came about, I had a few idea, a few lyrics we wanted to add in and it went from there.’

The team are up against the likes of ABBA, Elton John and Ed Sheeran for Christmas number one, but Jack is positive they can take them on.

Profits from the song will go to homeless charity Shelter and children’s charity Together4ShortLives and is available to stream or download on iTunes, Apple Music and Spotify.