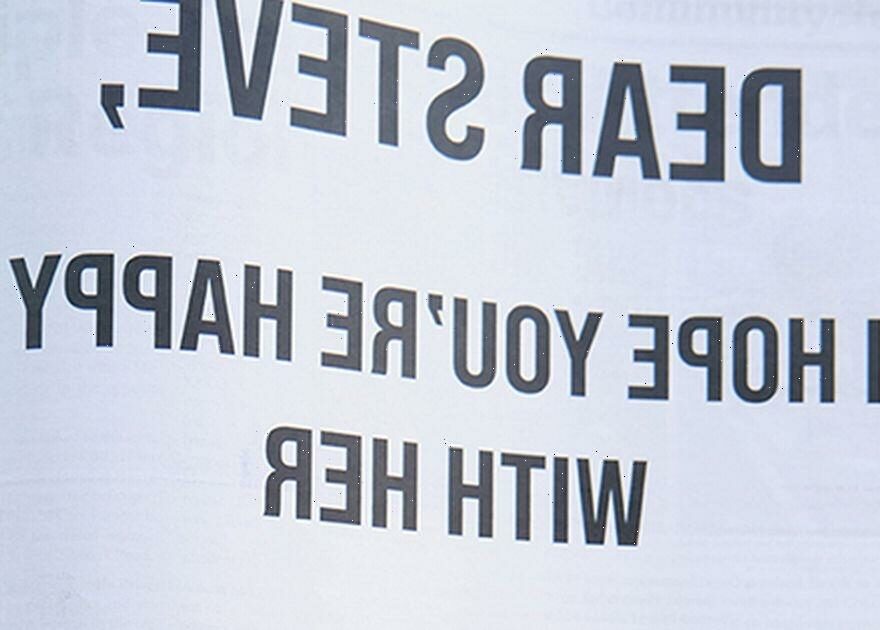 A “cheating” man was shamed in a very public way.

A scorned woman called Jenny called out a bloke named Steve by taking out a full-page advertisement in a newspaper.

The Aussie paid up to $2,000 AUD (around £1,200) to air her dirty laundry to readers of Mackay and Whitsunday Life in Queensland.

Her message reads: “Dear Steve, I hope you’re happy with her. Now the whole town will know what a filthy cheater you are. From Jenny.

“P.S. I bought this ad using your credit card.”

It didn't take long for the angry advert to go viral – and many backed Jenny for exposing the love-rat.

One commenter said: “Jenny sounds like someone I want to be friends with."

Another wrote: “Not all heroines wear capes. Jenny is my new favourite person."

A third remarked: "Couldn’t love this more if I tried LOL… Good on you Jenny."

And a fourth added: "Everyone who knows a Steve and Jenny have suddenly sat up and taken notice."

People have tried to track down Jenny by contacting the newspaper – but to no joy.

Sales manager Mike McCann told the Today Show that the paper hasn't charged the credit card as it could be seen as fraud.

And one cheeky pub owner decided to wade into the debate by posting a public response of their own.

They put up a jokey sign that reads: "Dear Jenny, I'm sorry. From all the Steves."

While many have been swept up in the drama, others are more sceptical about the whole affair.

One commenter said: “This has PR stunt written all over it."

And another accused: “Good way of getting more likes and readers to your page."