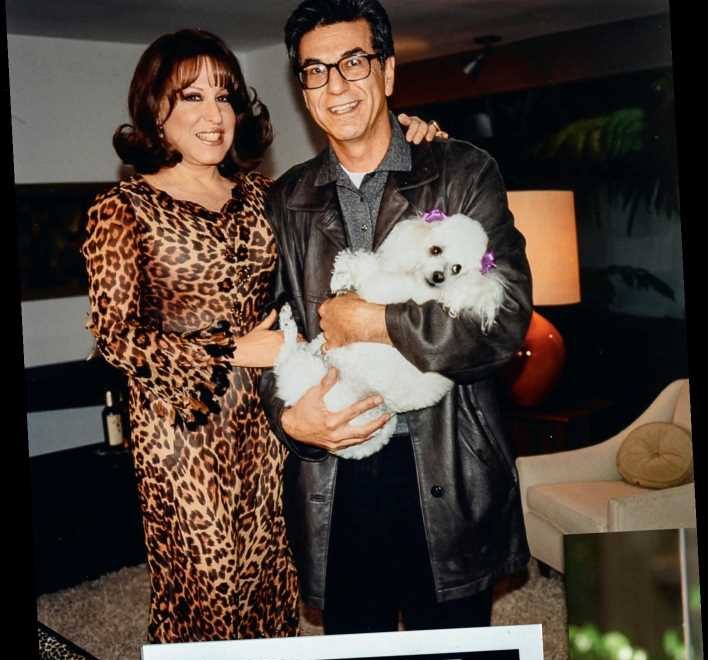 It all began in a movie theater in Tehran. There, says photographer Firooz Zahedi, he could escape the civil unrest roiling in his homeland when he was a child in the 1950s.

After moving to Washington, D.C., in the late 1960s, he met Elizabeth Taylor through his cousin, Iranian ambassador Ardeshir Zahedi, and photographed her while showing her around his native Iran. The images ran in Interview magazine — and his professional photography career began. He’s since photographed everyone from Meg Ryan and Meryl Streep to Jennifer Lopez and Whitney Houston, showcasing the images in his new coffee-table book, Look at Me.

“This is my tribute to the Hollywood that gave me great joy,” the 71-year-old tells PEOPLE.

Here, he poses with Bette Midler in 1999. “She is what you see onscreen: campy and adorable,” says Zahedi. “She has so much energy. We’re great friends.” “She wore very little makeup and even wiped her lipstick off,” says Zahedi. “She just stood in front of the camera and looked at me. No pretension. No baggage. No attitude.” When asked to pose with his son Paris, “he switched from James Bond sexy to this family guy,” says Zahedi. “Such a captivating image, her hair floating across and that eye looking at you,” the photographer says. When Zahedi first photographed her, “I was impressed.” Years later, he still is. “Elizabeth Taylor was 44 when we met, and in the ’70s an actress that age was sort of finished playing sexy or romantic roles. Today, at 51, J.Lo is hot and sexy. She dances, sings, acts and looks like a million dollars.” “He suggested being wet for InStyle‘s Sexy issue,” says Zahedi. “He stood in the shower. We didn’t wet his face, but then he poured water over his head.” When an L.A. earthquake delayed the clothes needed for the shoot, they improvised with drapes “and a little skin,” says Zahedi. “I’d never seen her so relaxed,” says Zahedi of the star (in Cannes with Sugar, her Maltese). “So I just had to snap that one.” During the shoot, he recalls, “suddenly she was not there. She’d slipped off the horse. I was worried about a concussion, but she said she was okay.” “Deep down, she was a very fragile person,” says Zahedi of his close friend, who died at 60 in 2016. “Her strength was her humor, but there was another side that had been so damaged. She was open about her bipolar and her drug use. I wish she’d taken better care of herself. She died way too soon.” Zahedi chose this photo for the cover of his new book because “she seems so shy. It sort of says ‘Do I have to give you everything?’ “