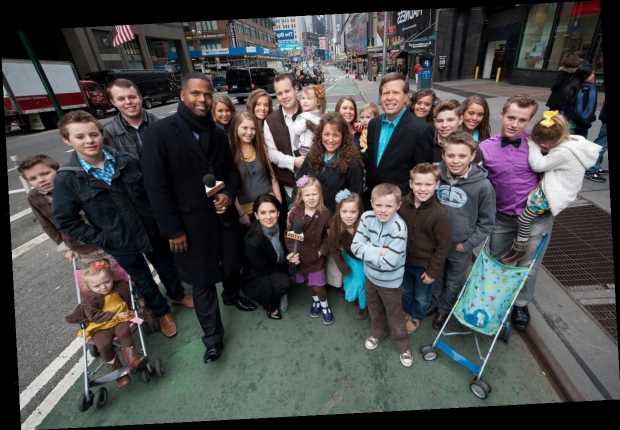 The Duggar family may have made their fortune on a reality TV show, but that doesn’t mean they welcomed television into their lives. In fact, Jim Bob and Michelle Duggar were careful not to allow their 19 children to see television shows and movies deemed inappropriate. The couple’s children were only allowed to watch a select few shows, including Little House on the Prairie.

Jim Bob and Michelle didn’t start their marriage with ultra-strict rules and regulations. Before most of their children were born, Michelle wore pants. The couple also watched TV and used birth control. After they got involved with an ultra-conservative Christian ministry, all of that changed.

In the couple’s book The Duggars: 20 and Counting, Michelle explained that the couple tossed their television when they felt they were no longer connecting as a family because of it. By the time most of the Duggar kids came along, not only did the Duggars not own a television, but the family’s access to media was heavily restricted. The Duggar kids were only allowed to watch a handful of approved movies and television shows.

Jim Bob and Michelle did allow their kids to watch some television shows, though

So, what shows did the Duggar kids watch? Jim Bob has stated that The Andy Griffith Show was on the family’s approved viewing list. The show, which was about a small town in the 1930s, aired in the 1960s when Jim Bob and Michelle were both young. Little House on the Prairie and I Love Lucy were both on the approved viewing list, too. Jinger Duggar referenced Little House on the Prairie in one of the family’s first TV specials. Both Joy-Anna and Jill Duggar have mentioned watching I Love Lucy, as well. Reportedly, they watched all of the shows on DVDs.

While the Duggar kids grew up watching very little television, they might not be following in their parents’ footsteps with their kids. Jessa Duggar allows her three children, Spurgeon, Henry, and Ivy Seewald, to watch some cartoons. Jill and her husband, Derick Dillard, allow their children to watch some “family shows,” although the pair haven’t offered fans a list of series that they find acceptable for their children.

While several of the Duggars may allow their kids to watch some TV shows, most appear to be following in Jim Bob and Michelle’s footsteps regarding having an actual TV set in the house. Jill and Derick do not own a television. They allow their children to stream content on a laptop. Jessa and her husband, Ben Seewald, do not appear to own an actual TV, either. Joy-Anna and Austin Forsyth also don’t seem to have a TV in their house.