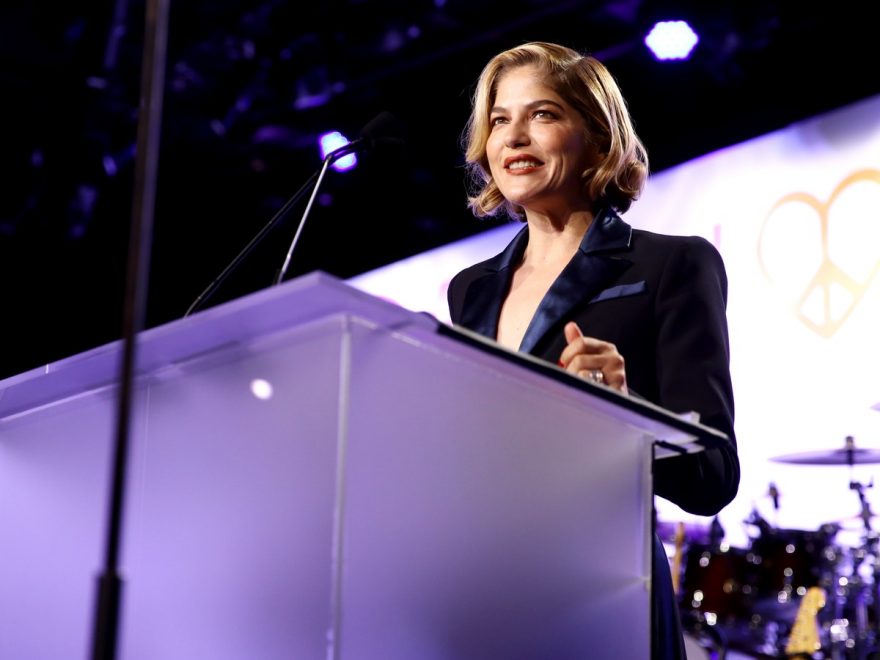 Actor Selma Blair has been open on Instagram about her multiple sclerosis (MS) diagnosis and treatment for nearly a year now. Recently, she has been candid with followers about the insomnia that has accompanied her MS. “Insomnia,” she captioned an image of her legs in the bath. “I am like a waking baby. Afraid and want to cry. I want my mom. I do. I will take a bath. And cry. The beginning is hard. I have to Remember.”

This experience of insomnia is not uncommon among people living with MS and other chronic illnesses, though sleep disorders are often underdiagnosed in people with MS, according to a 2014 study published in the Journal of Clinical Sleep Medicine. The kind of representation Blair is able to provide may be able to start taking cracks at that diagnostic disparity.

The 2014 study found that over 30% of survey respondents with MS met the criteria for moderate to severe insomnia. However, the study concluded that “The vast majority of these sleep disorders are potentially undiagnosed and untreated.” As to why sleep disorders like insomnia are so deeply underdiagnosed in people with MS, the study suggested that since “Fatigue is the most common and disabling symptom of MS,” insomnia and other experiences of sleep disturbances are “often attributed to the primary diagnosis of MS.”

Yet despite this chronic underdiagnosis, many people with MS and other chronic illnesses that also have insomnia — like Blair — are open about their experiences, so that others can learn from their experiences and feel less alone. A 2018 study in the journal Sleep recommends therapeutic techniques like cognitive behavioral therapy (CBT) to help people with MS cope with insomnia. Because heightened levels of cognitive and somatic arousal, aka when your brain and body just won’t quiet down, were associated with people with both MS and insomnia, the study concluded that it’s important for doctors to treat insomnia with therapeutic approaches that are both linked to and separate from MS itself. Part of that treatment involves minimizing the brain’s inability to quiet itself that can accompany the isolation and anxiety often caused by insomnia.

Jennifer Powell, health writer and weekly columnist for Multiple Sclerosis News Today, has described her own experiences with insomnia as sometimes, but not usually, related to MS-induced pain. “I fall asleep easily, but never sleep past 1 or 2 a.m.,” she wrote in her October 4, 2018 column. “While pain accounts for some of my wakefulness, the majority of the time I just cannot sleep.” Both physically and psychologically, she went on to say, “There is nothing worse than trying to function in a medication-induced stupor. Hence, I choose to be tired.”

Britt Renee, contributor to the mental health community website The Mighty, wrote of her own experiences with chronic illness and insomnia, saying, “The worst part isn’t that I’m in pain and I can’t sleep; the worst part is that I’m awake alone with my thoughts all the time.” To combat that kind of isolation, another Mighty contributor Leah Woods advised fellow people experiencing painsomnia — when the pain of one’s chronic illness either causes or coexists with their insomnia — to keep your mind occupied.

That might be through some heavy-duty Netflixing, she wrote, or through connecting with people in other time zones. “As the song goes, it’s ‘5 O’Clock Somewhere!’,” she writes. “There are all kinds of communities for people with chronic illness, be it Ehlers-Danlos syndrome, POTS, or even just general insomnia. Along with The Mighty, there are tons of Facebook groups, subreddits and Discord servers to choose from.”

Woods also encouraged people to write, both to sift through their own emotions and to share their experiences. This kind of sharing process ultimately isn’t too different from the way that Selma Blair has taken her openness to Instagram. That kind of sharing is the kind that may help increase community around and awareness of coexisting insomnia and other chronic illnesses, which, hopefully, can increase accurate diagnostic rates and affirmative, supportive treatment.