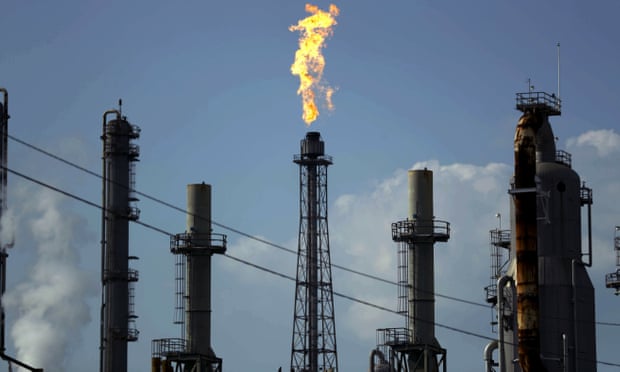 It is hard to believe it needs stating, but it does. The oil industry is not your friend. Whatever it might say about its ethical credentials, while it continues to invest in fossil fuels, it accelerates climate breakdown and the death of the habitable planet. You would think this point was obvious to everyone. But over the past few weeks, I have spoken to dozens of environmentalists who appear to believe that Shell is on their side. I’ve come to the bizarre conclusion that there is more awareness of the oil industry’s agenda within the arts than there is among conservation groups.

With its links to BP, I can’t stay in the Royal Shakespeare Company | Mark Rylance

Last week, the actor Mark Rylance brilliantly articulated his reasons for resigning from the Royal Shakespeare Company over its sponsorship by BP. The oil company had been subsidising cheap tickets for young people. It might be trashing the world these young people will inherit, but they can watch some great shows. This is bread and circuses – without the bread.

“Surely,” Rylance asked, “the RSC wants to be on the side of the world-changing kids, not the world-killing companies?” To judge by its responses to his complaints across the years, apparently not. But, thanks to campaigning groups such as Platform, Art Not Oil, BP or not BP? and Culture Unstained, theatre companies, museums and art galleries are at least aware that there’s a conflict.

Two months ago, Shell announced a $300m fund for “investing in natural ecosystems” over the next three years. This, it claims, will help to “support the transition towards a low-carbon future”. By paying for reforestation, it intends to offset some of the greenhouse gases produced by its oil and gas extraction. In conversations with environmental campaigners from several parts of the world, I keep hearing the same theme: Shell is changing, Shell is sincere – so shouldn’t we support it?

The fund sounds big, and it is – until you compare it with Shell’s annual income of $24bn. Shell’s transition towards a low-carbon future is almost invisible in its annual report. Renewable energy doesn’t figure in its summary of financial results. When I checked with the company, it told me it had no discrete figure for its income from low-carbon technologies. Nor could it tell me how much it invested in them last year. But it did pour $25bn of investment into oil and gas in 2018, including exploration for new fossil fuel reserves in the deep waters of the Gulf of Mexico and off the coasts of Brazil and Mauritania. Among its assets are 1,400 mineral leases in Canada, where it makes synthetic crude oil from tar sands. Some transition.

Shell’s “cash engines”, according to its annual report, are oil and gas. There is no sign that it plans to turn the engines off. Its “growth priorities” are chemical production and deep water oil extraction. It does list low-carbon energy among its “emerging opportunities” in future decades, but says it will develop them alongside fracking and liquefied fossil gas technologies. In the future, the company says, it will “sell more natural gas”. But as an analysis by Oil Change International explains, “there is no room for new fossil fuel development – gas included – within the Paris agreement goals”. Even existing gas and oil extraction is enough to push us past 1.5C of global heating. Shell is a company committed for the long term to fossil fuel production – which is another way of saying ecocide.

It is also explicit about the purpose of schemes such as its natural ecosystems fund. The company’s success, its chairman says, “will depend largely on whether society trusts us. Investors invest in companies they trust, governments allow trusted companies to operate and consumers buy things from people they trust.” Among the company’s strategic ambitions is “to sustain a strong societal licence to operate”.

Restoring natural ecosystems is crucial to preventing climate breakdown. As the Intergovernmental Panel on Climate Change (IPCC) points out, drawing down large amounts of carbon dioxide from the atmosphere is essential if we are to stand any chance of preventing more than 1.5C or even 2C of global heating. By far the best way of doing this is through natural climate solutions: protecting and restoring living systems such as forests, mangroves, salt marshes and peat bogs. As they develop, they absorb carbon dioxide and turn it into solid carbon, in the form of wood, mud and soil. In April, with a small team, I launched a campaign to prioritise these solutions.

But the IPCC also makes it clear that natural climate solutions do not compensate for the continued release of greenhouse gases. We also need immediate and drastic cuts in fossil fuel production. To sustain a habitable planet, we must leave fossil fuels in the ground and protect and rewild living systems. The age of offsets is over.

Shell, however, intends to keep finding and developing new reserves. Only last week, it withheld its support for a legally binding target to reduce the EU’s emissions to net zero by 2050. Trumpeting its investment in natural ecosystems looks to me like a means of sustaining its social licence to extract the gas and oil that will destroy our lives.

As if to highlight the distracting nature of Shell’s public relations, earlier this month its chief executive, Ben van Beurden, gave a lecture in which he instructed people to “eat seasonally and recycle more”. He lambasted “consumers who choose to eat strawberries in winter”, explaining that his driver had revealed that he “had bought a punnet of strawberries in January that were grown in Chile”. What are the chances that the jet fuel used to fly them here was supplied by Shell? They who have put out the people’s eyes reproach them of their blindness.

To me, Shell’s strategy is so transparent that it is hardly worth debating. It wants to stay in the fossil fuel business, but it needs to fend off the regulation that might threaten this business. If the company is not prepared to abandon its cash engines, it must change people’s perceptions of its activities. Shell’s natural ecosystems fund, in my view, is blatant greenwash.

But the company’s strategy is working. A remarkable number of people who should be fighting Shell instead see it as a green alternative to Exxon, persuaded by what is, in comparison with the company’s filthy investments, a tiny sop. Shell has longstanding relationships with four “environmental partners”: the International Union for the Conservation of Nature, the Nature Conservancy, Wetlands International, and Earthwatch. I believe it is just as wrong for these groups to take its money as it is for the RSC to take money from BP. It surprises me that there is not as much pressure on them to break their links as there has been, for example, on the British Museum, whose relationship with BP is becoming a national embarrassment.

But naivety about Shell is not confined to its partners. Plenty of well-intentioned organisations and people, who share my enthusiasm for natural climate solutions, appear so desperate to clutch at any straws of hope that they are prepared to see this company as part of the solution. Shell is not our friend. It is an engine of planetary destruction.

• George Monbiot is a Guardian columnist