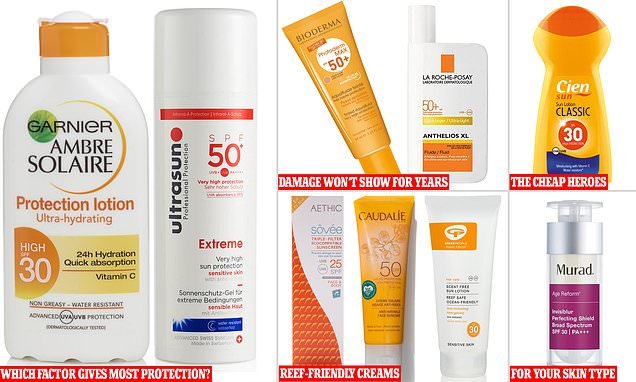 Nicole Kidman swears by it – but should YOU be wearing SPF 100? Read our definitive look at the science of suncream to find out the surprising answer

Every year there seem to be more and more types of suncream on the shelves, and more and more confusing information about what should, or shouldn’t, be in it — and even whether you should be using the stuff at all. Here, CLAIRE COLEMAN sorts the myths and misinformation from the facts, looking at the science behind the latest products to help you decide what — and how much — to slap on this summer.

Which factor gives most protection?

Nicole Kidman says she shields her alabaster complexion with SPF 100, so should you be slapping it on, too?

Well, maybe not. Here’s what the numbers mean.

Suncream works by filtering out a certain percentage of the sun’s rays, and that gives you the Sun Protection Factor (SPF). This multiplies the amount of time you can usually stay in the sun without going red. 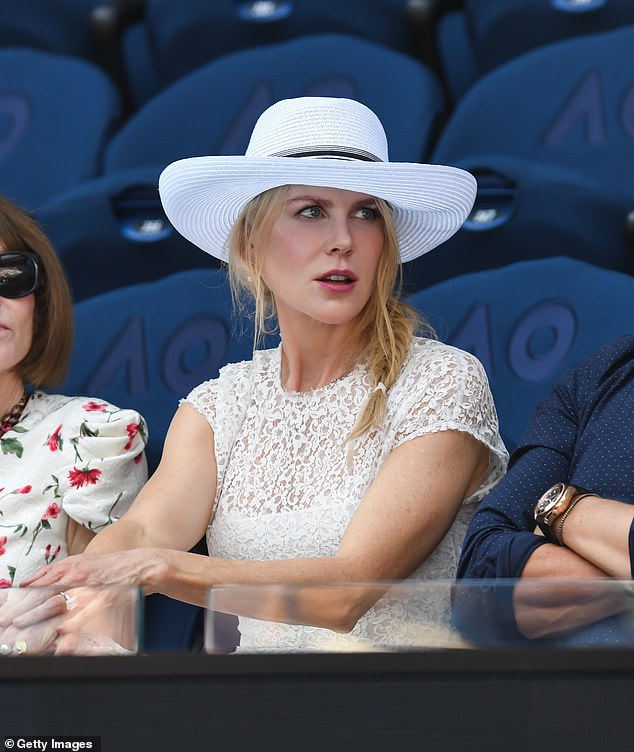 Nicole Kidman (pictured) revealed that she shields her complexion with SPF 100, however many dermatologists think using high SPF can give a false sense of security

Sounds tempting — but then practical concerns come into play. Suncream only offers the stated protection if you reapply it every two hours at least (and after being in the water or getting sweaty)! So the near 17 hours is rather optimistic.

Research published in the Journal of the American Academy of Dermatology suggests SPF 100 means you’re less likely to get burnt than with SPF 50.

However, many dermatologists think it’s far better to apply an SPF 30 thickly and evenly enough to get protection than to lull yourself into a false sense of security by lathering on a very high SPF in a slapdash fashion.

Oh, and SPF 100 creams are often very expensive, so people may buy less — and get burned when it runs out.

Last year, the U.S. state of Hawaii announced that, from January 2021, it would ban the sale and use of two ingredients in many sunscreens — oxybenzone and octinoxate (also known as ethylhexyl methoxycinnamate or octyl methoxycinnamate).

And, this year, the resort of Key West in Florida followed suit. 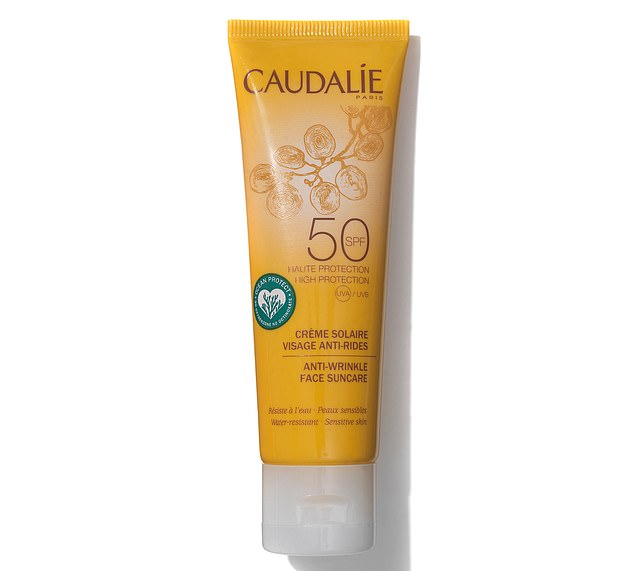 The bans were based on research that showed these can contribute to the bleaching of coral reefs that has rapidly killed off huge swathes of the beautiful ecosystems across the world’s oceans.

Now, lots of suncreams without the chemicals are claiming to be ‘reef-friendly’. However, research suggests many others — including mineral sun filters, such as titanium dioxide and zinc oxide — can also bleach corals.

Some sun products may also contain ingredients that have an impact on other marine life. Silicone, for example, can build up in fishes’ gills so much that it suffocates them.

Even more confusingly, some experts have dismissed concerns about sunscreen entirely, calling the bans an attack on ‘low-hanging fruit’ — something politicians can do to make it look as if they’re taking action when, actually, the biggest threat to coral reefs is bleaching caused by the rise in sea temperature — a direct result of climate change.

So what to do? Well, don’t ditch sunscreen entirely. If you’re concerned about the oceans, use clothing to protect your skin when bathing, and only use the cream on exposed parts of your body. Plus, look for products developed in consultation with an independent scientific body to make them as ocean-friendly as possible.

Try Caudalie (from £18, caudalie.com) whose Ocean Protect certified formulations have been tested by the Mediterranean Institute of Biodiversity and Ecology; Aethic Sovee (from £44, victoriahealth.com), created with scientists who did the initial research into sunscreens and coral; and Green People (from £6, greenpeople.co.uk), which is endorsed by the Marine Conservation Society, the UK’s leading marine charity.

Don’t I need sunshine for my health?

You’ve probably heard our skin needs sunshine to make vitamin D, which is associated with improved mood, plus protection against a range of diseases.

That doesn’t give you carte blanche to sunbathe, though. Most dermatologists agree that a few minutes at midday is enough sun for most people to make vitamin D.

Dr Richard Weller, an academic dermatologist at Edinburgh University, has said he and colleagues have shown sunlight can help release nitric oxide from the skin, which can help lower blood pressure, cutting the risk of strokes and heart attacks. 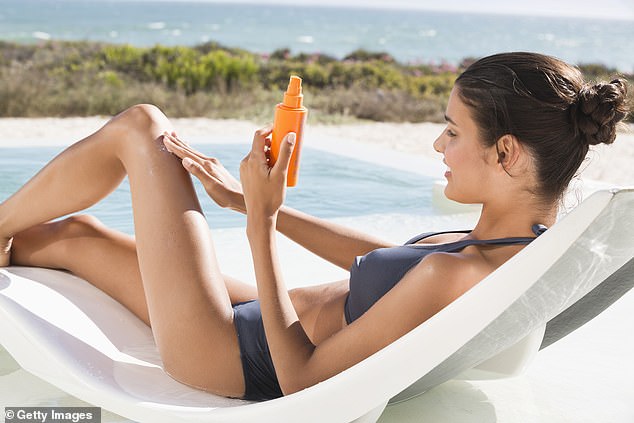 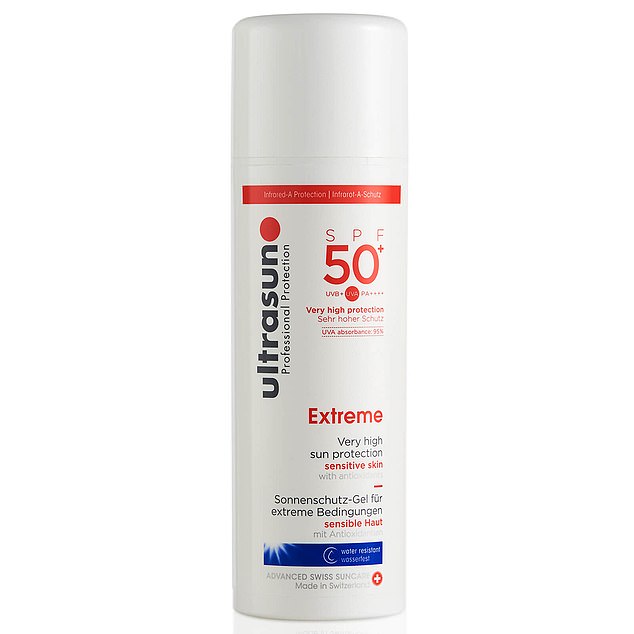 However, this research is still in its early stages and is not a reason to skip suncream. Plus, as consultant dermatologist Alexis Granite of Mallucci London points out, wearing sun protection doesn’t necessarily mean you’re blocking all UV rays.

Dr Weller believes the best solution is suncream that protects you from UV while still allowing the body to make vitamin D and nitric oxide. He’s designed one to do just this — Dr Weller’s Sunwell (£24.99 for 100ml, drwellerssunwell.com).

Why is skin cancer on the rise?

It feels like we’re all far more sun-savvy than we were, and using more suncream than ever — yet rates of melanoma (the most aggressive skin cancer) have still increased over the past 30 years.

Last week, Cancer Research UK figures revealed melanoma rates soared by 45 per cent between 2004-2006 and 2014-2016. And young people were getting the cancer, once considered a disease of older people. 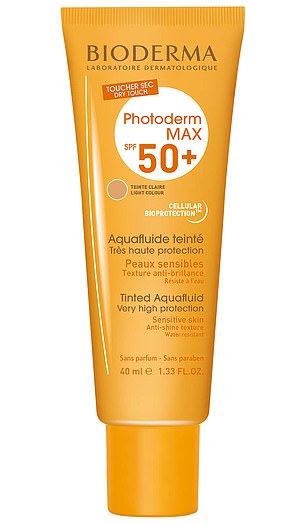 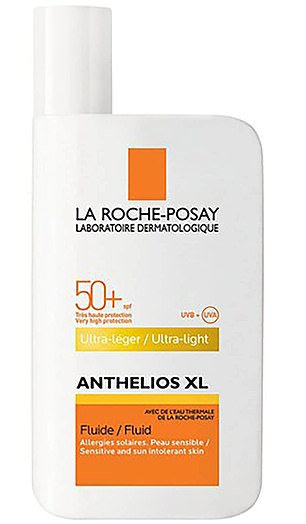 He says sun beds are also a huge culprit.

And experts believe sun cream can lull people into a false sense of security, making them believe if they’re not burning, they can stay in the sun indefinitely.

But there’s no ‘safe’ way to get a suntan, even if you don’t burn. Suncream should really be your last resort.

Sun damage won’t show for years, will it?

we’ve all seen people on the beach whose skin looks like leather from years of sunbathing.

But, in general, we think that as long as we don’t burn we won’t see ill effects of sun exposure. 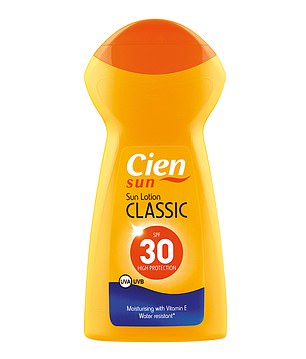 Unfortunately, that’s just not the case, research presented at the World Congress of Dermatology this year by Olay confirmed.

When women aged 25 to 45 were exposed to a single blast of UV light that didn’t burn, the texture of their unprotected skin was damaged and appeared visibly rough for 24 hours.

So, use sun protection daily on your face.

The cost of sun protection is often cited as a reason for not using it, or not using it enough. But Lidl’s Cien Sun Lotion SPF 30, just £3.49 for 250ml, was a Which? Best Buy last year.

And consultant dermatologist Dr Andrew Birnie realised that much of the cost of producing sunscreen comes from a need to make profits for shareholders and advertising. So he got together with economist David Westerbeek van Eerten, persuaded experts to cut profit margins, and created Altruist (£8, 2 x 200ml tubes, SPF 30, altruistsun.com). 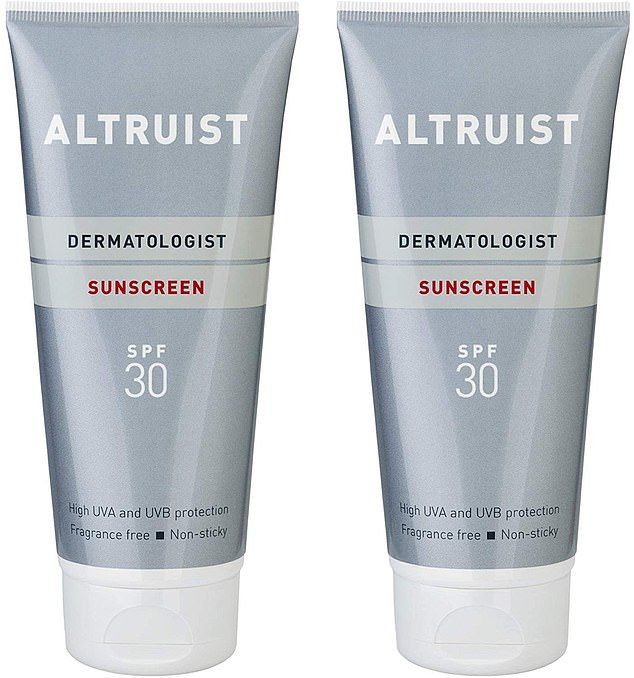 Dija Ayodele who is the founder of the Black Skin Directory, says people of colour who get skin cancer are blaming a lack of awareness to explain their use of sunscreen

Choose a suncream for your skin type

People with darker skin need sunscreen, too. Although increased melanin gives protection, it’s about SPF 13, nowhere near the level needed.

Dija Ayodele, founder of the Black Skin Directory, says although people of colour are less likely to get skin cancer, those who do are more likely to die as a result, blaming a lack of awareness. ‘And,’ says Ayodele, ‘suncare brands haven’t traditionally catered for darker skin tones.’ But that’s changing, with clear formulas being marketed that will not leave grey streaks. 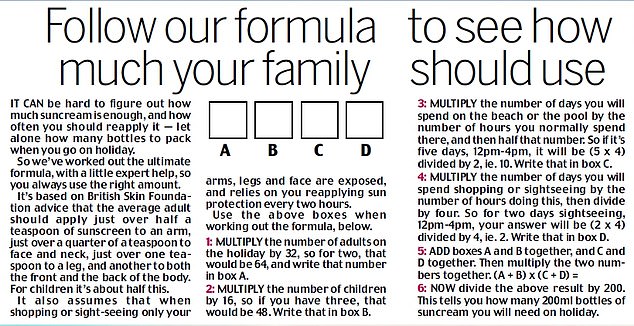