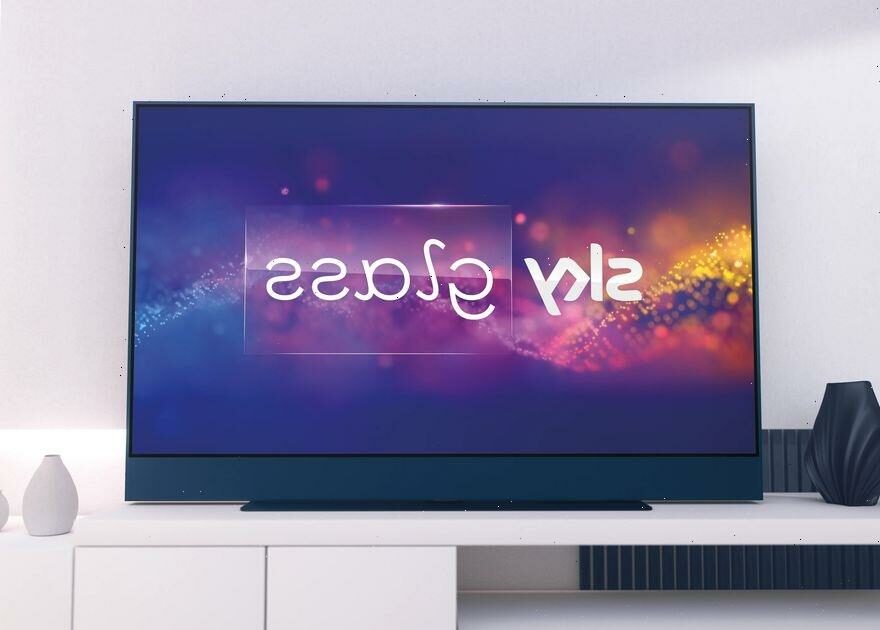 The cold winter nights are upon us and Christmas is round the corner – so it’s the perfect time to curl up on the sofa and enjoy cosy evenings of fabulous telly fun.

But with so many TV shows and movies to choose from – and not enough hours in the day to watch them all – it sometimes seems impossible to keep up.

Luckily help is at hand thanks to the super-useful Sky Glass Playlist function. Spotted a cracking programme or film on your TV guide or one of your on-demand apps? Simply press the Playlist '+' button on your remote and it will be added instantly to your list of favourite views.

Then it’s over to your Playlist – a one-stop, easy-to-access space for your programmes, stored in the cloud that the entire family can use. Just select your saved show and sit back for some fantastic entertainment.

But Playlist is a big upgrade from a simple recording function. That’s because the way your content is stored means you never have to worry about running out of space, or recording clashes.

So if Mum wants to record her favourite drama series, but Dad is adamant that he’s recording the latest footie match – both of them can save their fave programmes.

The Playlist can pull together shows from every platform, including Netflix, Amazon Prime and Disney+; gives you every episode – past present and future; and even arranges your content by genre.

But what to add to your Sky Glass Playlist? We’ve picked six new shows and movies to see you through the winter months – trust us, you won’t want to miss them!

1. The Unofficial Science of Home Alone

Hands up who loves Home Alone! In 1990 this family favourite of a movie made its way into our hearts thanks to a standout performance from Macaulay Culkin as abandoned wild child Kevin McCallister, and the laugh-out-loud traps he sets to keep two bumbling burglars out of his house.

Now comedians Alex Brooker, Guz Khan and James Acaster are putting those contraptions to the test, as the trio set out to discover whether the booby traps would work. The result? Well, you’ll have to wait to see, but it’s safe to say it’s just as entertaining as the film. Airs in December on Sky Max.

After a critically acclaimed first series, dark comedy The White Lotus has returned for a second outing. This time the action is set at a luxury resort in Sicily. And it’s not long before the wealthy visitors’ holidays are turned upside down.

Suranne Jones provides the laughs in Sky’s new Christmas comedy, loosely based on the Dickens classic. She plays Carole Mackay, a wealthy entrepreneur who’s rolling in cash thanks to her website that sells Christmas-themed products.

But behind the scenes, Carole is the real-life Grinch and hates everything to do with the festive season. Cue the spirits of Christmas past, present and future to give her a much-needed wake-up call. Airs in December on Sky Max.

4. Rob & Romesh vs Christmas on Ice

Dynamic duo Rob Beckett and Romesh Ranganathan are back with a festive special of their popular series – and this time they’re taking on ice skating, culminating in a cameo appearance in Disney on Ice.

How will Rob and Romesh get on as they take to the ice with the famous Disney characters for the first time? We predict bruises… Airs in December on NOW TV.

5. Fantastic Beasts: The Secrets of Dumbledore

He tasks magizoologist Newt Scamander (Eddie Redmayne) with a mission to recruit a team who can slay the beasts. But when things descend into chaos, will Dumbledore be able to keep out of the action? Available in December on Sky Cinema.

After making waves at the box office, the Hollywood movie is coming to TV screens. Batman (Robert Pattinson) is hot on the heels of an evil killer wreaking havoc in Gotham City after the mayor is murdered.

As the clues mount up, Batman finds himself following a trail of deception – and up against the clock to unmask the villain. The film stars Zoë Kravitz as Catwoman. Available in December on Sky Cinema.

Find out more at sky.com/glass