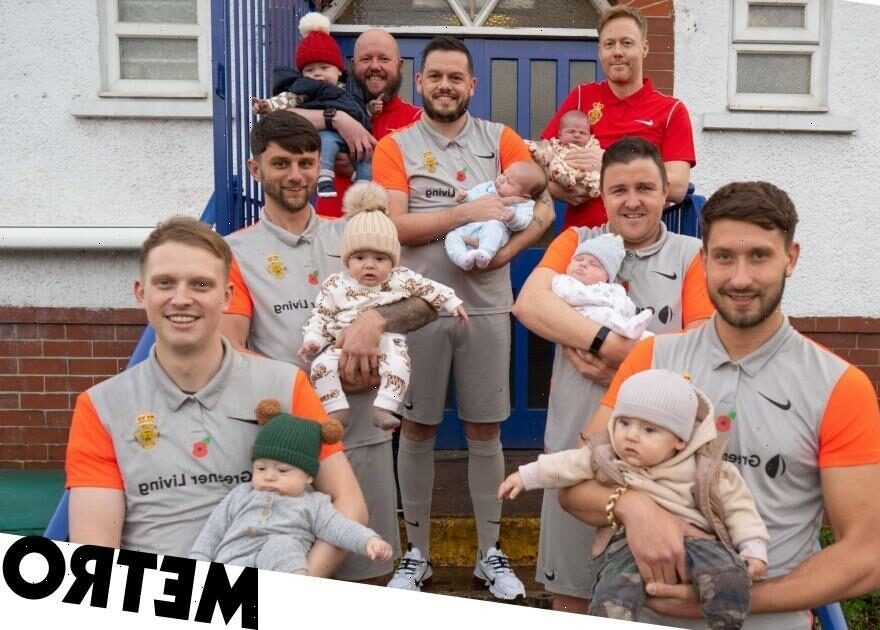 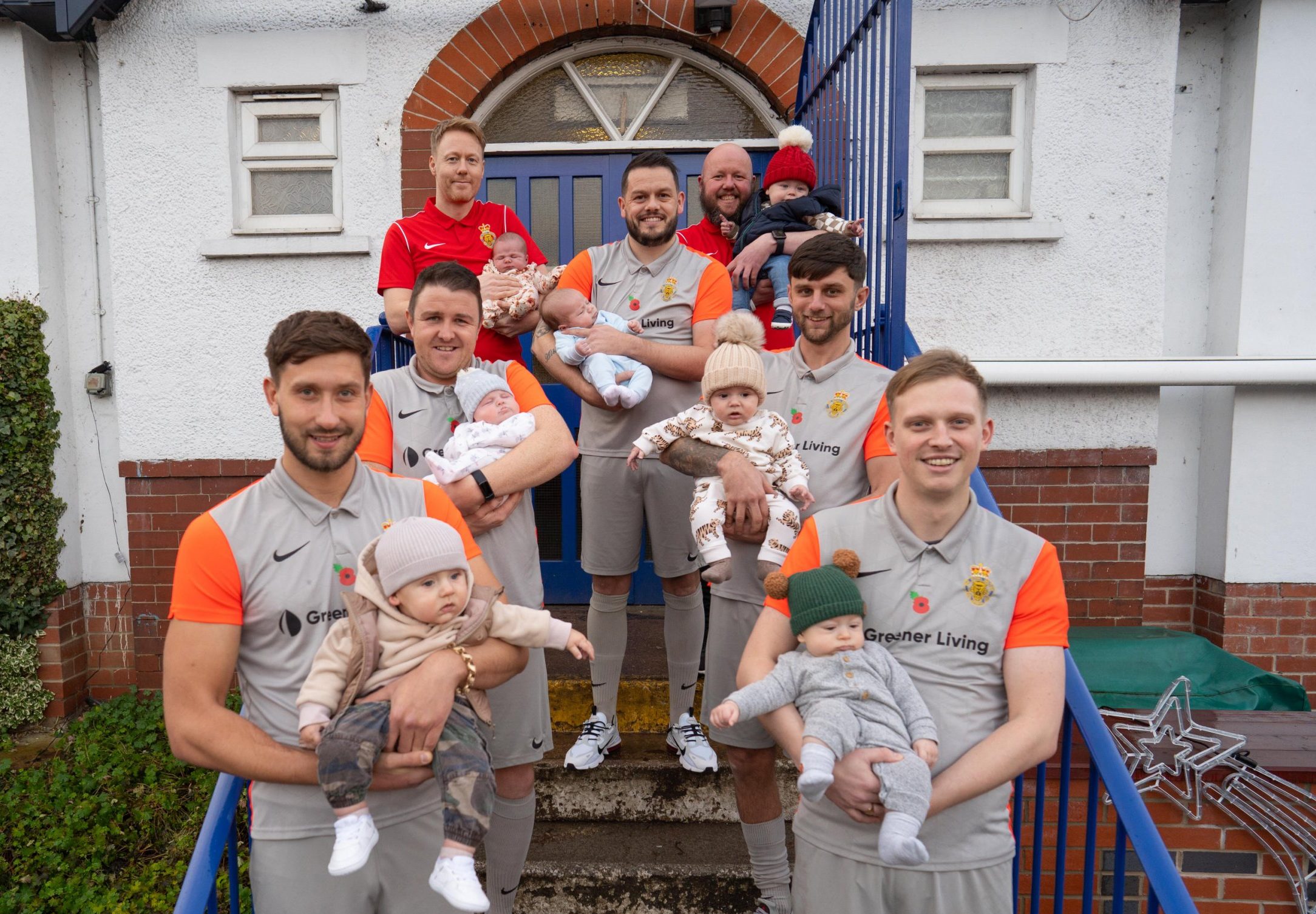 A Sunday league football team has welcomed a new generation of tiny supporters.

Eight players from Chapeltown Royal British Legion FC, in Sheffield, had babies with their partners in 2022 – with all but one becoming first-time parents.

Assistant manager Dave Adams, 41, welcomed baby Jaxon on May 1, followed by manager Adam Todd who became a dad to Edie just before Christmas, on December 19.

While dad-of-three Mitch Savage, 33 – the team’s top scorer, who already had two kids – was overjoyed when baby Lennie was born on November 12.

Adam said: ‘It’s been really nice – there’s a bit of a creche forming on the sidelines at matches now with so many mums and babies out to see their dads play.

‘We have a group chat as a club and it started with one of us posting a picture of a scan with their news, which was a nice surprise.

‘Then over the year there just came more and more.

‘One of the things we’ve tried to do as a club is be more family-friendly and it’s really added to that.’

And it seems eight is the magic number for the football team.

Not only are there eight new babies now on the sidelines, but CRBL FC has won eight out of eight matches in the Sunday League.