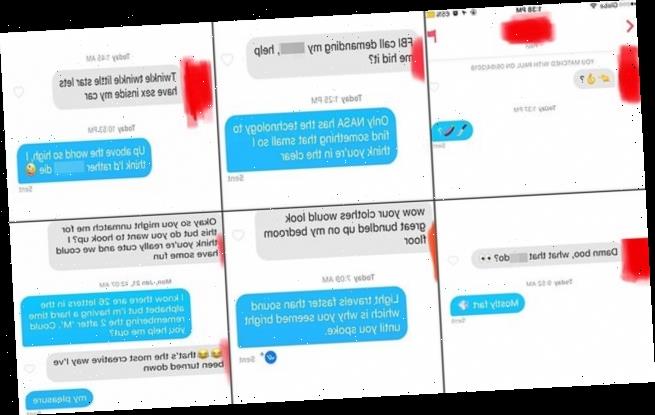 Guess that’s a ‘no’ then! Singletons share the BRUTAL responses they’ve given to hopeful suitors on Tinder following disastrous chat-up lines

Using a cheesy chat-up line is the oldest trick in the book when it comes to dating – but there’s always a chance it could instantly offend the recipient.

And these hilarious screenshots, collated by Bored Panda from across the world, show that some sassy singletons are always prepared with the perfect withering put-downs.

Instagram account Tinder Nightmares rounded up the selection of brutal replies sent by users fed up with cheesy chat-up lines and X-rated suggestions.

One example included a woman, who when asked if she wanted to ‘hook up’ with a hopeful suitor, replied: ‘I know there are 26 letters in the alphabet but I’m having a hard time remembering the two after M. Could you help me out?’

Despite the answer to his chat-up line being ‘no’, the man admitted it was ‘the most creative way he’d been turned down’. 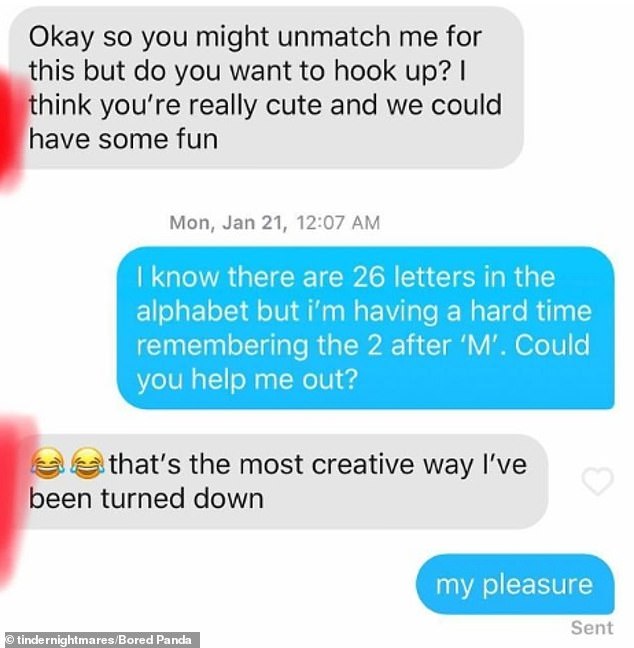 Despite being turned down, this dating hopeful couldn’t help being  impressed by his match’s response when he tried to suggest a hook up 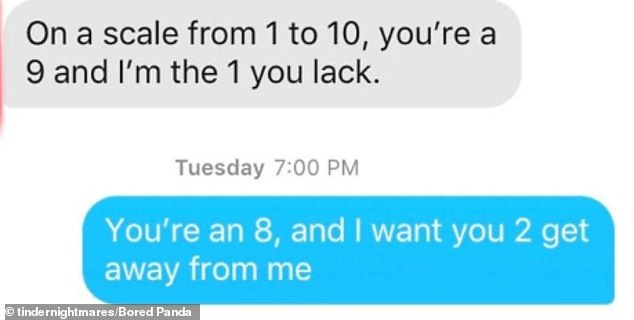 Quick maths: This anonymous suitor had his hopes destroyed after calling his Tinder match only a nine out of ten, and she was quick to deliver a brutal reply

Candid: One person kept it very real when replying to one X-rated message 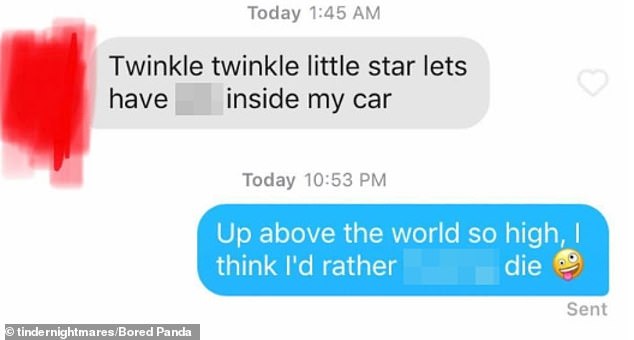 Poetic justice: This was a brutal but straight-talking response to someone who felt it was OK to send an X-rated message in the form of a riddle 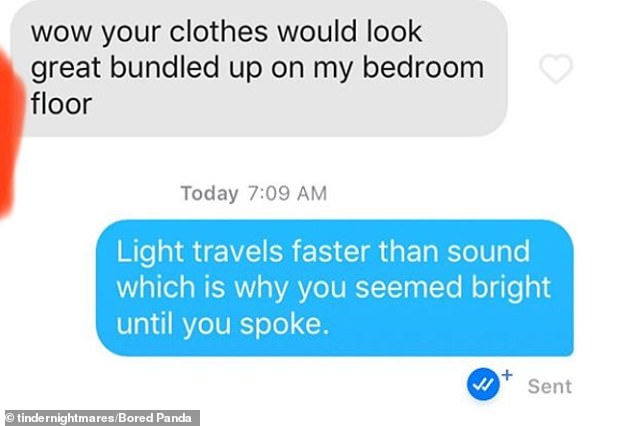 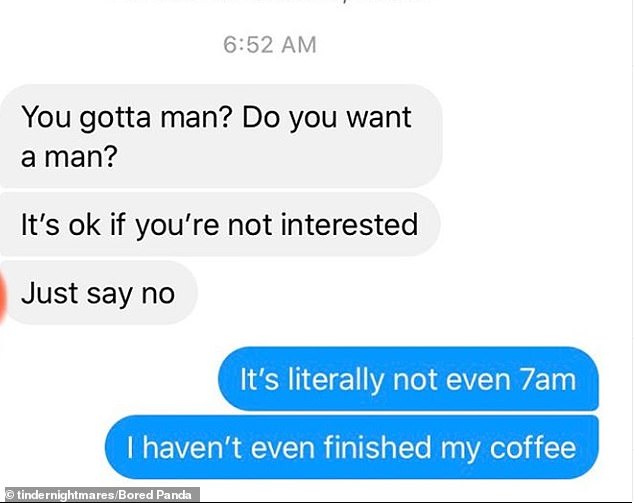 Early bird doesn’t catch the worm: This anonymous man’s attentions were unwanted when he started sending messages at 6:52am 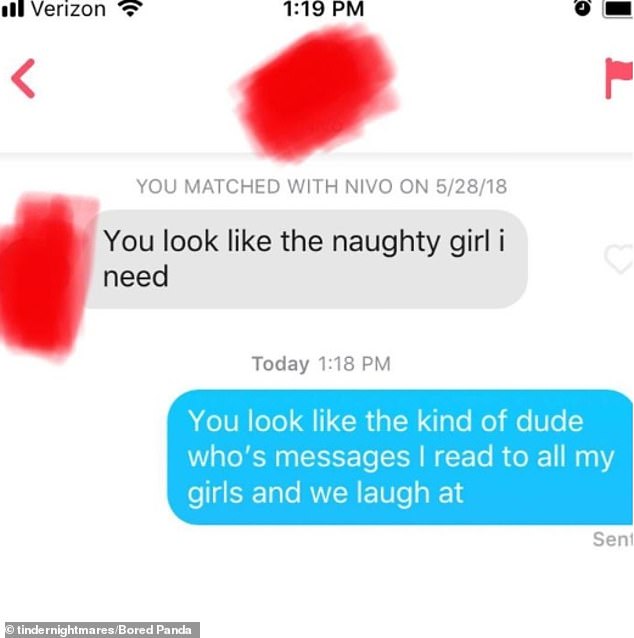 This American Tinder user’s X-rated message was extremely unwelcome, with the recipient admitting that she would be sharing the text with her friends and laughing at it 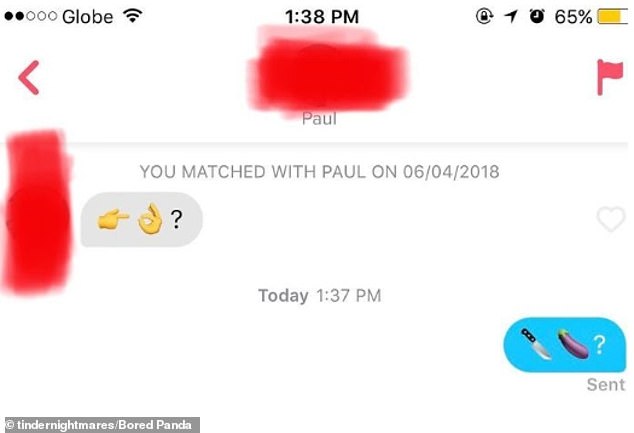 That’s what you get for being smart! An attempt at suggesting sex via emojis met with a rather threatening repsonse 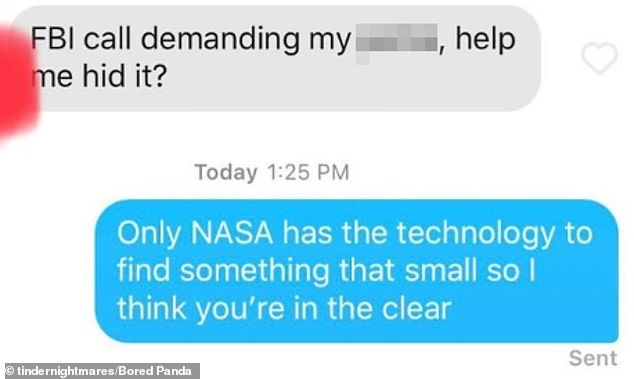 Dating pro tip: If you send an explicit message, prepare to receive a withering putdown that questions the size of your manhood