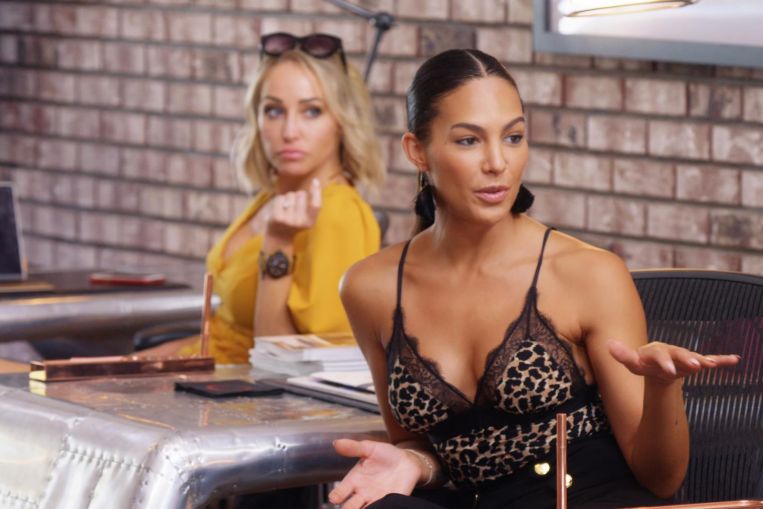 SINGAPORE – From realtors to television celebrities – that is what happened to the cast of Selling Sunset (2019 to present), the hit Netflix reality show which follows a group of agents at Los Angeles real estate brokerage firm Oppenheim Group.

The third season premiered in August.

Smith and Fitzgerald are realtors, while Bonnet is a model and project manager in home remodelling.

Here are five things to know about the cast.

1. THEY DO NOT ALWAYS KNOW WHAT GOES ON IN THE SERIES

Despite starring in the show, the cast say they still have to watch it to get the full picture of what goes on in the series.

Bonnet, 27, who is married to Fitzgerald, says: “We too want to know exactly what happened, because we aren’t always there, so we don’t always know what’s been said.”

And watching the series can be emotional for the cast. Fitzgerald, 40, says: “Parts of it were really hard, (like) when I watched Amanza with her kids and a scene of Chrishell crying.”

Chrishell Stause, who is also an actress, was married to Justin Hartley, star of romantic family drama This Is Us (2016 to present). They split last year.

Smith, 43, is a single mother raising her daughter Noah, 10, and son Braker, eight, on her own. Their father is former American football player Ralph Brown.

2. THE DRAMA DOES NOT STOP

The cast members have plenty of feuds with one another.

Fitzgerald, for instance, has an icy relationship with former friend and agent Christine Quinn. They drifted apart over the course of the show.

Meanwhile, Bonnet dislikes Fitzgerald’s co-worker Davina Potratz and the two had a major fight in the second season.

When asked how the cast could be friendly again, Smith scoffs: “A lobotomy?”

Bonnet adds: “You have to be honest with each other. If you have something to say, you should go to someone and say it. They can disagree, but at least they can’t say you’re dishonest.”

3. BEING A REALTOR IS TOUGH

Fitzgerald says: “The show makes our job look so easy, as if you can just jump in and start selling million-dollar homes. But it takes time to build (a clientele).”

Smith, the newest agent at the brokerage, agrees: “To (get) clients, you need to be out there, be social, going to events. It’s not like I have a Rolodex or referrals.”

On his remodelling of homes, Bonnet adds: “The show doesn’t show many scenes of me working. But those crazy, beautiful houses you see take a lot of time and effort. I’m not sure people understand how much work it is.”

4. THEY HAVE CELEBRITY FANS

The show’s popularity means the cast have attracted attention even from bigger celebrities.

And Smith was over the moon when she found out that Lena Dunham, creator of dramedy series Girls (2012 to 2017) is also a fan.

She says: “I loved the show, so when I realised that she followed me on Instagram, I ‘fangirled’ about it.”

5. THEY ARE NOT THE ONLY GOOD-LOOKING REALTORS

It may seem unrealistic to audiences that all the agents at the Oppenheim Group are attractive and well-groomed – but they live in LA, after all.

Smith says: “People come to LA to pursue modelling or acting, so there are good-looking people from other states.

“When those aspirations don’t work out, a lot of people go into real estate because, well, you also have to be personable and good at marketing yourself. So there are a lot of good-looking real estate agents.”

• Selling Sunset is available on Netflix.