The excitement and anticipation and, yes, relief, were palpable before the press night at the Troubadour Webley Park Theatre. Christopher Biggins, Matthew Kelly and Gok Wan mingled with press, and friends and family of the cast. Everybody was full of praise and admiration for producer Michael Rose’s courageous commitment to reviving live theatre. Temperatures were checked at the door, masks were worn inside and social spacing reduced the seating capating from 1,200 to 400. The lights went down, the band started up and we all prayed that finally the show might go on.

The production’s book sticks close to Nora Ephron’s classic film as McGuiness’ architect Sam struggles after the loss of his wife. His son Josh (an engaging Jobe Hart) calls a late-night radio station and Sam ends up pouring out his heart to thousands of besotted listening single women – and Walsh’s journalist Annie.

The classic will they-won’t they trope is expanded by the fact the fated lovers don’t actually properly meet until that iconic scene atop the Empire State Building.

The simple but inventive set is a single large perspex cube, one half is Sam’s Seattle waterfront home, the other is Annie’s Baltimore life. It also niftily transforms into the aforementioned New York landmark. 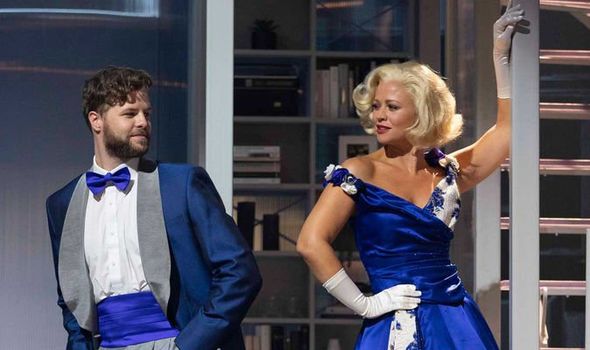 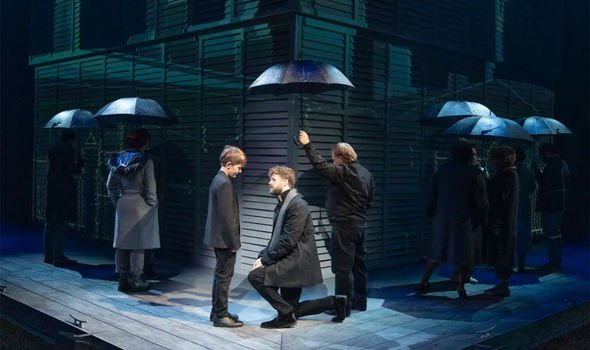 Sleepless clearly aims to maximise on its two leads’ chemistry, previously a winning combination in last year’s West End revival of Big, also based on a Tom Hanks movie. It even cranks in a cute (if rather random) ballroom number after the actual show ends.

Walsh sings cleanly and clearly and is thoroughly engaged with the role. The problem is that this Annie is not engaging.

This reflects a larger problem with all the underwritten, thinly sketched secondary characters. Like the architect’s blueprints projected onto the backdrops, nobody really leaps out of two dimensions. 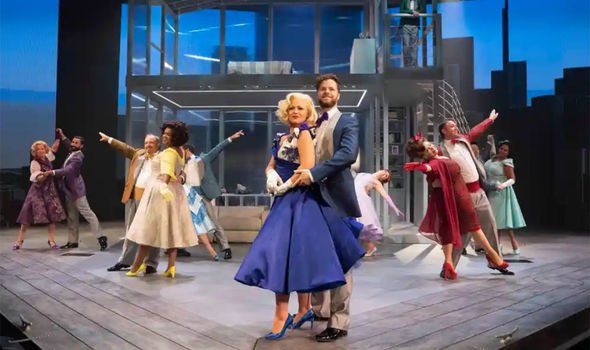 A background chorus dressed in muted greys and beige reinforce the low-key tone. Only Harriet Thorpe briefly adds some oomph and presence as Annie’s sharp-tongued mum.

Fittingly for a musical, everything takes its cues from the score, where songs should propel the characters’ storylines and emotional arcs through big numbers or heart-tugging ballads.

If you are going to turn an iconic film and sparkling script into a musical you better have a very good reason.

Robert Scott and Brendan Cull’s score is undeniably well-crafted but simply not memorable. It blurs into a jazz-light background and some of the clumsy lyrics clank painfully. Ultimately the songs in this show too often slow down the action of an already poorly paced staging.

I truly wanted to love this production so much. Not only do I adore the original film, I applaud the producers and perfomers’ devotion to the arts in trying times.

Standing alone, this show is a sweet but slight work. Standing behind the boundlessly charming and moving original it fades away. Unfortunately this Sleepless is a bit of a snooze.