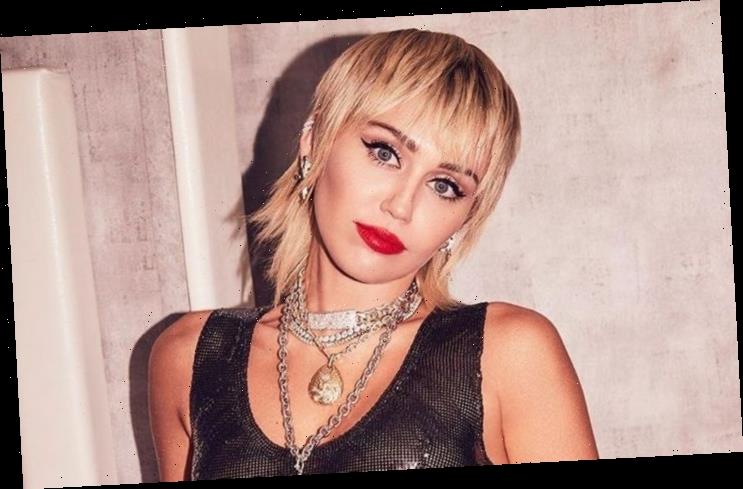 The ‘Midnight Sky’ singer reveals she had an argument with the director in charge of her pre-recorded MTV Video Music Awards performance over her lighting.

AceShowbiz –Miley Cyrus has slammed the directors behind her performance at the 2020 MTV Video Music Awards due to an argument over her lighting.

The singer hit the stage during Sunday’s (30Aug20) socially-distanced show to perform her latest break-up song “Midnight Sky” – which she dropped days before confirming her split from Australian singer Cody Simpson.

During her performance, Miley sang about her exes, including Cody, Kaitlynn Carter, and ex-husband Liam Hemsworth, while repeating infamous imagery from her iconic “Wrecking Ball” music video – including swinging atop a disco ball in the dark.

But speaking on the “Joe Rogan Experience” podcast, the “Malibu” hitmaker opened up about an “embarrassing” incident that occurred between herself and the directors ahead of the taping.

She explained, “Beauty light is always used on women and I said, ‘Turn the f**king lights off. You would never tell Travis Scott or Adam Levine that he couldn’t turn the beauty light off.’ I just want the red lighting. The same thing that we do with the guys – that’s exactly what I want.”

“My bracelets kept getting caught and they said, ‘You want to be treated like a guy we wouldn’t be dealing with this if a guy was doing this,’ ” Miley explained. “I said a guy wouldn’t be doing this because a guy doesn’t sell your show with sex, the way I am going to. I am aware of that.”

Rogan enquired, “You were having these conversations with the directors?” before adding, “That’s a ridiculous conversation,” to which Miley replied, “It is also embarrassing.”

The “Mother’s Daughter” hitmaker even said that she was asked, “How long is glam gonna take?” – suggesting she faced opposition from the team because of her gender.

“I don’t lose my kindness but I am firm about what I want,” she stated, adding that she might be labeled a “diva” or “b**ch” but if The Weeknd or Kanye West did it, they would be called “creative god.”