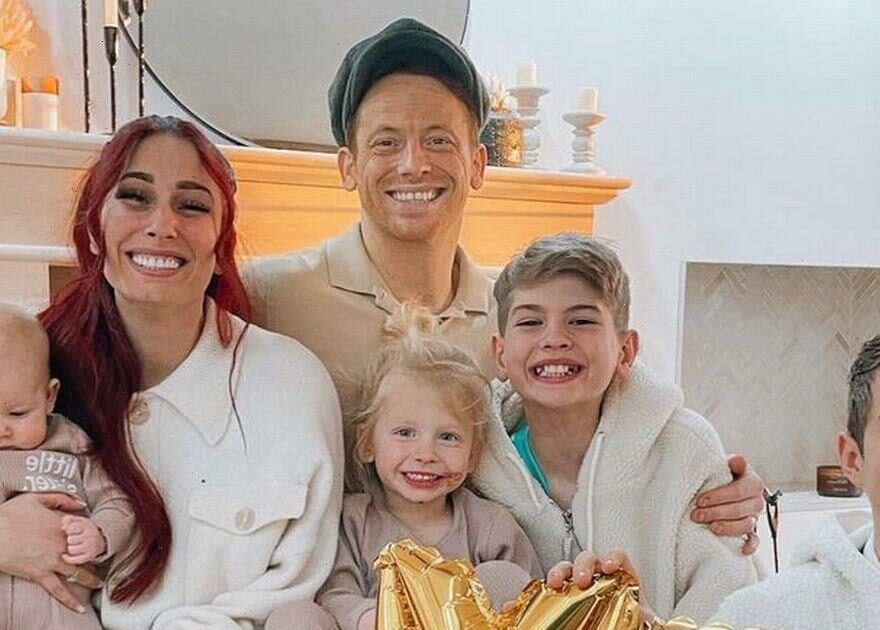 Stacey Solomon is set to become a mum for the fifth time in 2023, after she and husband Joe Swash recently announced they're expecting another child together.

The mum-of-four wrote on her Instagram feed: "So grateful & can not believe I’m saying this… Another little pickle is on the way…

"A HUGE surprise, but one that we are so thankful for. To the moon & back bub @realjoeswashy."

As the pair get set to become parents again, here we take a look into their family life…

Stacey became a mum for the first time in 2008, when she was 18 years old. She welcomed her first son, Zachary, with her then-boyfriend Dean Cox.

She previously opened up about being a teenage mum on her son's 14th birthday, and shared a sweet message on Instagram where he explained how Zachary changed her life.

"The truth is you changed my whole life. I could never have comprehended the light and love you would bring. At 17 years old the things they said about us, what they didn’t know was that you were my beginning, my reason, my sole purpose to get up and do my absolute best. And you’ve been by my side ever since.

"It would never have turned out this way without you. Zachary I’m so proud of the man you are becoming and the kind, caring, amazing person that you are," she wrote on social media.

In 2012, after she'd found fame on The X Factor in 2009, Stacey welcomed her second child – a baby boy named Leighton.

She shares Leighton, now 10 years old, with her ex-fiancé Aaron Barnham. Stacey and Aaron started dating in 2009 and went on to get engaged in 2011. However, they didn't make it down the aisle and called time on their romance in 2014.

A year after splitting from Aaron, Stacey started dating Joe after they became friends during the tenth series of I'm a Celebrity… Get Me Out of Here! in 2010.

In 2020 the couple announced their engagement and Stacey also fell pregnant with the couple's second child together – her fourth and Joe's third.

On 4 October 2021, Stacey and Joe's daughter Rose Opal Esmè Solomon-Swash was born. She was born on Stacey's 32nd birthday.

Alongside being mum to her four children, Stacey is also step-mum to husband Joe's son Harry, 15, who he shares with his ex-girlfriend Emma Sophocleous.

Harry regularly joins Stacey and Joe at Pickle Cottage and was a best man at the couple's wedding in 2022, alongside Zachary, Leighton and Rex.