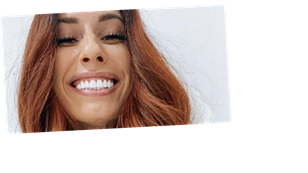 If there’s one thing we know all too well about Stacey Solomon, it’s that she absolutely adores gnomes.

The Loose Women panellist, 31, made gnomes a very coveted item over the festive period as she showed off her collection in various shapes and sizes.

She also made her own called ‘Norm’ and now she’s given him, and her other ‘norms’ a spring makeover.

Stacey, who has landed her own home improvement show on BBC, took to her Instagram to show her fans the gnomes had swapped their festive gear for something a lot more bright and cheery.

The seasonal outfits saw the gnomes donning mustard yellow jumpers and wearing headbands with chicks on.

Stacey called them “Easter norms,” and penned: “This was just the joy I didn’t know I needed in my life. G-D I love him,” followed by laughing emojis.

Once Stacey had finished the display she modelled them on a wicker basket and added adorable chick baskets and a tree with daisies on, bringing the spring picture to life.

The mum-of-three finished by saying: “Im laughing so much,” as she shared a look at her final creation, which is very impressive indeed!

Stacey has gone gonk mad and her followers have joined in on the trend.

Last year, Poundland revealed that their gonks, which are priced at £3, are their best-selling item in store after seeing a huge spike in sales, no doubt in part thanks to Stacey latest obsession.

While Stacey's obsession is something Joe Swash said he's "worried" about, the mum of three doesn't appear to be slowing down when it comes to her collection.

She shared a snap of a furry gonk which she made out of cardboard cones and cut up socks with her followers and they tld her to call it Noel to join Norm.

In November, Stacey even sold out an entire shop after raving about their wax melts with gonks on.

Taking to Instagram, the mum-of-three took a photo of an adorable melt she’d bought from a company named Seaside Melts, while penning: “small business love” on the snap.

In the photo shared by the 31 year old, we see an adorable wax melt with a gonk on, and, after showing off the amazing design to her 4.1 million followers it turns out the Stacey Solomon effect kicked in as fans flocked to buy them.

In fact, the owner of Seaside Melts spoke to OK! Online to tell us that a whopping 500 Gonk wax melts sold in the space of an hour after Stacey posted about them on her Instagram stories.

She said: “I sourced a Gonk Mould and made a wax melt purely for Stacey as I know she loves them and sent her one.

“She shared it on her stories and I have gained over 4000 followers in 24 hours and my whole shop sold out in hours selling over 500 Gonk bars!

“I am receiving message after message asking for more to be stocked!!”