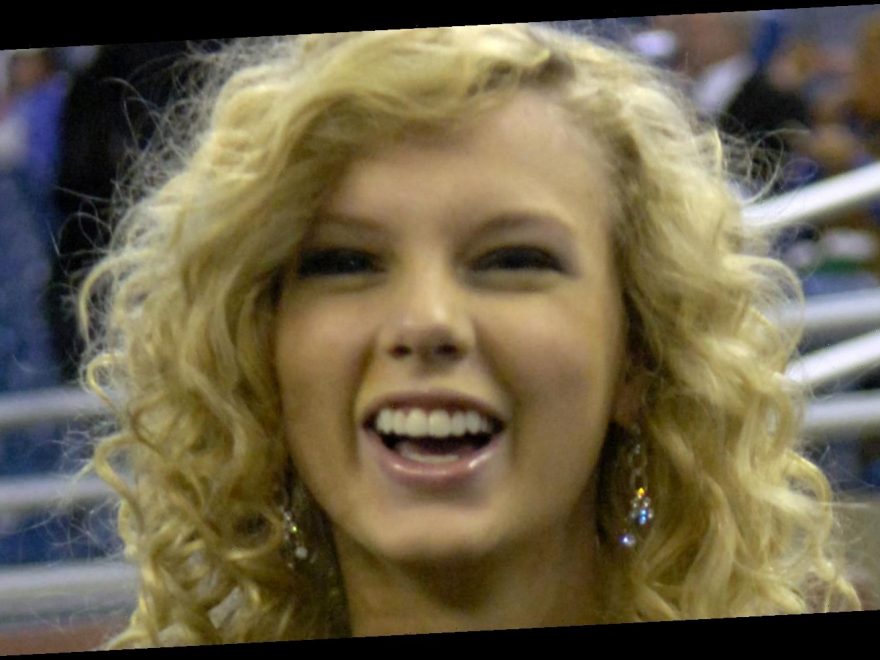 When it comes to Taylor Swift, where do we even begin? The singer-songwriter has dominated Billboard charts, media, and public conversation for years. In fact, Swift is so embedded in American psyche that it’s difficult to imagine the music scene, or the culture, without her.

But Swift’s ascent hasn’t come easily. She had a very public, ongoing feud with Kanye West, which inevitably involved his then-wife, Kim Kardashian. Then there was the debacle with music producer Scooter Braun, who bought “Big Machine Label Group and all of its recorded music assets,” according to Variety. Then in November 2020, news broke that Braun sold the master rights to Swift’s first six albums. Naturally, Swift was not happy about it and has set about re-recording much of her music for the simple fact that she wants control over it. You know what? Fair enough!

What an intense situation. And as we’ve been delighted to follow Swift on her incredible journey, we’ve watched her transform both physically into an adult, but also emotionally as a powerhouse of her own. Here’s the story.

A look back at Taylor Swift's privileged childhood

While Taylor Swift is so big that by now she seems international, she actually grew up in Reading, Pa. with her parents Scott and Andrea Swift, and younger brother, according to E! News. The outlet called her family home “palatial,” so that seems significant in terms of Swift’s origin story. Also, a detail we find super fun, the home was on a Christmas tree farm. That’s pretty cute.

Swift was no “underdog” growing up, a point that Salon is careful to make, as the outlet points out that she grew up with a “leg up.” Swift’s mom “worked in finance” while her dad was “a descendant of three generations of bank presidents” and he worked as a stockbroker for Merrill Lynch, according to The New Yorker.

While her parents were successful, Swift quickly started making her own money from songwriting and she bought one very iconic item inspired by pop culture: a silver Lexus SC430 convertible. “It was the car that Regina George drives in Mean Girls,” Swift told The New Yorker. “Because all the girls back in Pennsylvania idolized her, and I think I just thought it would be fun to have that car.” That’s the ultimate teenage dream.

But when and why did her family move to Nashville?

So, how did Taylor Swift actually break into the music scene? As a little kid, she decided that she would be a songwriter. Then, at age 10, her mom drove her to karaoke competitions on weekends, according to The New Yorker.

While the Swifts still lived in Pennsylvania, she got her mom to take her to Nashville, Tenn. over spring break so that she could drop off demo tapes. “I took my demo CDs of karaoke songs, where I sound like a chipmunk — it’s pretty awesome — and my mom waited in the car with my little brother while I knocked on doors up and down Music Row,” Swift told Entertainment Weekly in 2008. “I would say, ‘Hi, I’m Taylor. I’m 11; I want a record deal. Call me.”‘

This didn’t work, but it did show Swift what she needed to do. “She came back from that trip to Nashville and realized she needed to be different, and part of that would be to learn the guitar,” her mom, Andrea Swift, told EW.

Learning the guitar helped, as did learning how to write her own songs and “at 14, she became the youngest person ever signed to the major songwriting company in Nashville, Sony/ATV Publishing,” per EW. So the Swift family moved from Pennsylvania to Nashville so that Swift could launch her musical career.

Taylor Swift didn't have any easy time with friends

While Taylor Swift might seem now to be the ultimate it-girl, growing up was a different story. She struggled to make friends and had a hard time fitting in. The New Yorker said that her adolescence was punctuated by periods of exile because friends dubbed her “annoying.”

Swift’s early career path meant that she was writing songs and practicing guitar while friends were having fun and hanging out. In a dry moment, Swift talked about how the rejection from friends impacted her career path. “A lot of people ask me, how did you have the courage to walk up to record labels when you were 12 or 13 and jump right into the music industry?” Swift told Entertainment Weekly. “It’s because I knew I could never feel the kind of rejection that I felt in middle school. Because in the music industry, if they’re gonna say no to you, at least they’re gonna be polite about it.”

Taylor Swift is queen of the Easter eggs

A major phenomenon of the Taylor Swift appeal has been hunting for her Easter eggs. Just in case anyone needs a refresher, Easter eggs are hidden items in movies, television shows, or other visual media “for close watchers,” according to Urban Dictionary. And thanks to all of her “Swifties,” the singer has a huge fan base who loves looking out for these secret clues.

In fact, in 2020 alone, Swift dropped enough Easter eggs to create an entire list. Every album she creates has added hints and secret codes, including evermore. Her music video “Willow” was loaded with them too.

In fact, The New Yorker describes Swift’s use of Easter eggs as a way to maintain her privacy, but still clue her fans into the details of her life. “While she doesn’t talk about dating in interviews, she helps amateur sleuths along, using capital letters to spell out coded messages throughout the lyrics in her liner notes that indicate which boyfriend the song is about.” The outlet added, “Swift has an affinity for codes and symbols.”

Taylor Swift is also famous for her gift-giving

Sure, Taylor Swift has a massive net worth and everything anyone could want in terms of material access. But she also knows how to be super generous and her gifts are really sweet.

When Gigi Hadid and Zayn Malik had their daughter, Khai, in September 2020, Swift sent them a handmade gift. It was a bear that Swift had sewn out of one of her dresses. “It’s misshapen, and she called it Ugly Bear. She had one when she was little,” Hadid told People.

When Modern Family‘s Jesse Tyler Ferguson welcomed his son, Beckett, into his family, Swift sent him a care package. Ferguson told Ellen DeGeneres in March 2021, “She sent a big care package and it’s the nicest baby clothes I’ve ever seen. They’re cashmere jumpsuits and Beckett is a little too big for them but we’re determined to get a few more wears out of them because they’re so nice so we’re just stuffing his little sausage legs into them and he’s bursting out of them but I was like, ‘But this is what Taylor Swift got you so you’re just going to have to learn how to enjoy this,'” according to Billboard.

So Swift gives great gifts, drops some major Easter eggs, and continues to slay in pretty much every sense of the word.