Sources close to staffer Nathan Winn said he reported the matter to the Australian Federal Police several weeks ago, but said he is yet to decide whether to file a formal complaint which would prompt an investigation. 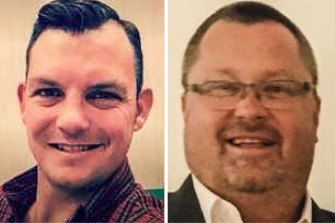 Mr Winn was sacked after Ten News aired the compromising video, which was given to the broadcaster by the staffer’s former partner, Gavin Cuddy.

Mr Winn’s former boss, federal LNP MP Warren Entsch, said he had encouraged the police action because the video was shared by Mr Winn privately with Mr Cuddy and aired in the national media after his former employee formed a relationship with another man.

“I reached out to Nathan because I was worried about him, he’s done something friggin stupid … and he did it in private.

“I hope that enough people will see that Nathan is a victim here. He was stupid, he should get a kick up the arse for what he did … but I think he deserves his job.

“It was very inappropriate what he did, I’m not arguing against that.”

ACT Policing confirmed they received a report on March 30 in relation to “the unauthorised sharing of intimate images at Parliament House”.

“Officers are engaging with a complainant and completing an assessment of the report.”

When contacted, Mr Cuddy did not wish to comment on the report to police.

Under the ACT’s Crimes (Intimate Image Abuse) Amendment Act 2017, it is illegal to distribute an intimate image of a person without their consent.

The maximum penalty for anyone found guilty is three years jail.