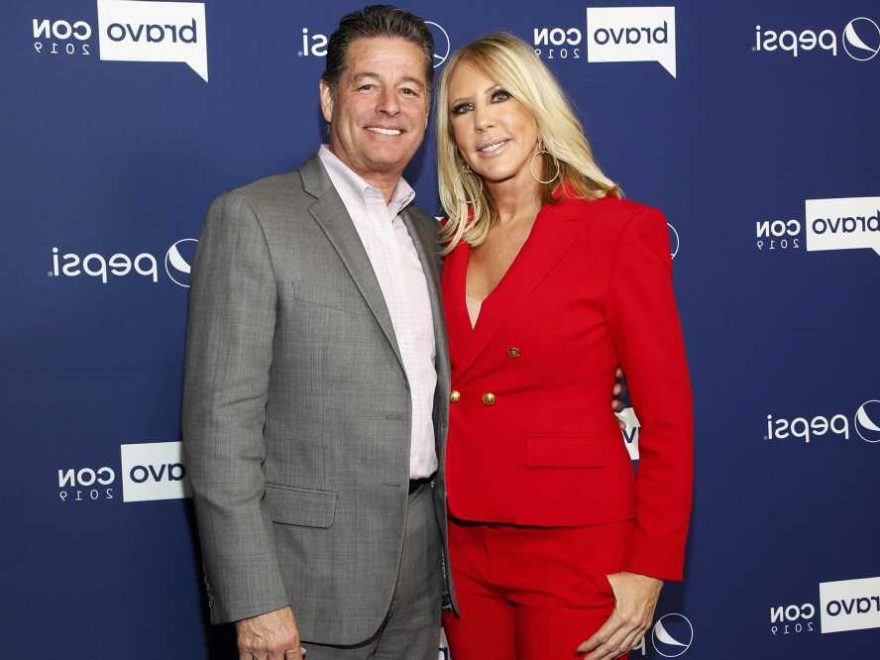 Steve Lodge definitely has moved on from Vicki Gunvalson.

He added, “We are both very excited, incredibly happy, totally in love and look forward to our life together.”

Carlson, 37, is a third grade school teacher in Orange County, Calif. The two have been dating since September, the magazine reported, and became Instagram-official with their relationship on Christmas Day.

This will be Lodge’s fourth marriage and Carlson’s first.

The shocking engagement news comes just three months after Gunvalson, 59, confirmed they had ended their engagement. Although the split at first seemed to be amicable, the former “Real Housewives of Orange County” star made it clear that it was anything but when she accused Lodge of cheating, lying and using her.

“He used me, he lied to me, he’s been dating a 36 year old and is not what he portrays himself to be. No Christian man would do what he’s done,” Gunvalson alleged under BFF Tamra Judge’s post supporting her.

In another comment, the former Bravolebrity claimed, “While I was out of town working on a biz trip, [Lodge] took [the woman] to my condo in Mexico! He’s been flaunting around my town in OC making out in public places. It’s disgusting.”

Lodge denied Gunvalson’s accusations, sharing that they had split in December 2020.

“The absolute lies she is now spreading on social media [are] very disappointing and disingenuous, to say the least. But I cannot say I’m surprised,” he told Page Six. “She should not be dragging Tamra or anyone else into her lies. With that being said, I still wish her all the best.”

Lodge proposed to Gunvalson in April 2019 after asking their six combined children from previous relationships for their blessing.