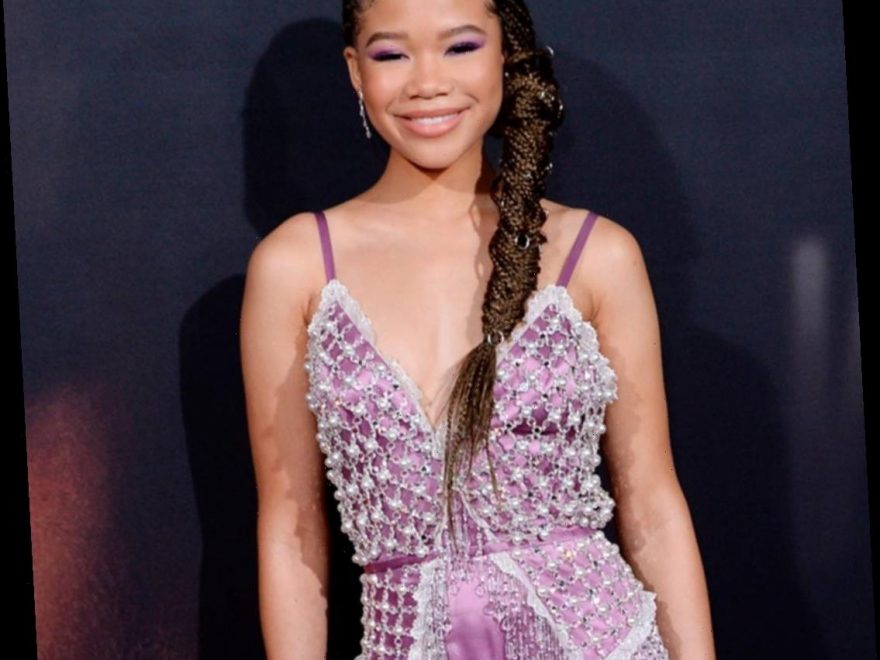 Actress Storm Reid reflected on the controversy after she was cast in 2018's A Wrinkle in Time and how it has helped "create change in our world" through "people willing to be uncomfortable."

Storm Reid wants her acting roles to be "progressive," and that's why she recognizes that people felt "uncomfortable" about her casting in A Wrinkle in Time three years ago.

The actress reflected on the backlash she received after taking on the role of Meg in the 2018 film adaptation of Madeleine L'Engle's 1962 book, A Wrinkle in Time.

"Some people had problems with me playing Meg because they'd loved her as a Caucasian girl for so long," she told InStyle on Thursday, Oct. 8. "They were uncomfortable to have that shift, but the only way to create change in our world is through people willing to be uncomfortable."

But Reid is "intentional" about the parts she chooses, and it's all part of her goal to have a forward-thinking conversation about society's most underrepresented groups.

"I see each one as an opportunity to have a progressive conversation and represent people and situations that are underrepresented," the 17-year-old explained. "Young girls deserve to see themselves onscreen. Because how can you feel like you're able to succeed when you don't see yourself succeeding?"

Her vision is coming to life. She starred in the Ava DuVernay-directed film alongside icons Reese Witherspoon, Oprah Winfrey and Mindy Kaling. Reid has since gone on to act in When They See Us for Netflix and Euphoria for HBO. Along the way, she's become a role model for the next generation.

"When the film came out, little girls would come up to me and say, ‘Thank you for allowing me to see a girl who looks like me save the world,'" Reid said. "That's when I realized my career was bigger than myself."

In fact, underprivileged children were able to see A Wrinkle in Time in theaters for free through the "Give a Child the Universe" initiative. The executive director, Rashad Robinson, said at the time, "By casting a black teenage actress, … the filmmakers and the studio send a powerful message to millions of young people who will see someone like them embracing their individuality and strength to save the world."

Now Reid has her sights set on bigger projects. She founded a production company, A Seed & Wings Productions, that has stayed in the family with her mom, Robyn, and sister, Paris, also leading the way.

In particular, she's inspired by the late Chadwick Boseman and his work on Marvel's Black Panther.

"He dedicated his life to being part of projects that benefited us as a Black culture, and that's what I want to try to do," she said. "I'm really happy to be a young Black woman in the space I'm in—to be accepted, to be loved, and for people to appreciate my work—and I want to create opportunities for people who haven't been given them yet."

She added, "Ms. Ava took a chance on me, so why wouldn't I take a chance on someone else?"

Reid, who graduated high school early and is taking a gap year, appeared in The Invisible Man earlier this year. She will next be seen in Killing Winston Jones and The Suicide Squad.

"I need to figure out what to do with this chapter of my life," she said. "I want to attend college but with the full experience of being on campus—so I'm just waiting to see what the world is going to look like in the coming months."